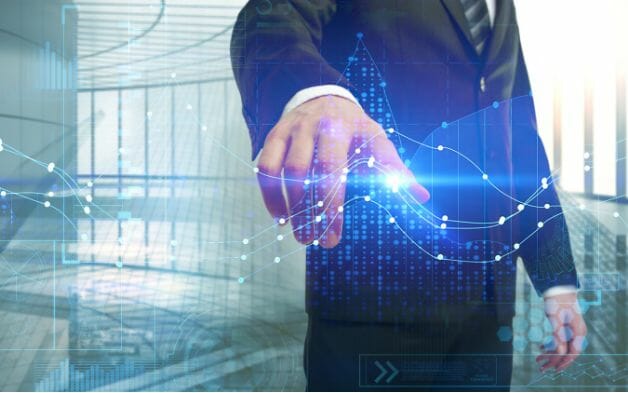 In its latest position paper, Australia’s Future Fund outlines its investment approach in a new investment landscape characterised by the end of 60:40 portfolios, inflation, declining corporate earnings and climate change – amongst others.

Australia’s Future Fund, the $245.8 sovereign wealth fund, plans to modestly increase its structural risk profile to better target its 10-year benchmark of 6.1 per cent desired returns while continuing to appropriately moderate risk. In the year to June 30 it raised its risk profile and this will continue [See Future Fund adds risk and generates best ever return.]

In its latest position paper the fund also details plans to develop its models and governance to better combine its long-term investment strategy with the ability to move flexibly. Elsewhere, the fund notes an increased illiquidity tolerance given the current investment environment favouring skill-based returns that are worth the higher fees.

The plan is to also apply additional resources to identify and pursue high conviction value-add exposures particularly in private markets and debt. Private markets provide inflation protection and defensive characteristics, but the fund also sees public markets adding value via strategies that closely manage the use and costs of illiquidity.

Future Fund’s latest analysis of its investment approach is the consequence of significant changes catalysed and accelerated by COVID-19 that are creating a new investment order. Expect lower returns, more inflation risk, more divergence, conflict and market fragility, the fund argues. The current investment environment will also test long held assumptions and question the conventional wisdom that has guided the fund since it was established in 2006.

It’s led the fund to consider a variety of plausible scenarios and consider how it can evolve and position the portfolio to be as robust as possible in those scenarios. All the while playing to its key characteristics and advantages of having a long-term investment horizon, a total portfolio approach and the ability to partner with high calibre investment organisations globally.

The paper highlights paradigm shifts that are shaping the investment order in ways that should encourage investors to think afresh about their portfolios.

Deglobalisation is replacing globalisation as the hitherto free movement of goods and services, investment and people across national borders slows and in significant cases reverses. It’s resulted in tensions between the world’s two largest economies while technological developments are more closely guarded as part of national security policy.

Countries have reasserted their national interests, controls over national laws, and put a domestic focus over and above an open international system. National economic policies have moved towards greater state intervention and controls.

Technological innovations have allowed firms to develop operating models based on intangible assets, such as data and software platforms leading to the rise of digital conglomerates. Innovation advantages have led to disruption and dispersion within industries.

Many developed markets face ageing populations and have been reliant on migration to counter population contraction and ageing. Asset inflation has exacerbated wealth inequality between generations. In developed countries younger people may experience disadvantage in security of employment, house prices, higher education debt and record levels of national debt.

Physical climate risk has become more severe over time. Insured losses from natural disasters have increased from around $10 billion per annum in the 1980s to $45 billion in the last decade (inflation adjusted). Direct overall losses have been four times the size of insured losses and have increased approximately threefold in the last 30 years. Companies with carbon-intensive operations and value chains are potentially vulnerable to market repricing. Renewable energy is becoming cost competitive with traditional generation sources.

In the US corporate earnings have increased from around 5 per cent of GDP in 1990 to 8-10 per cent today. This has been driven by the use of technology and innovation to drive productivity improvements from intangible assets, capital friendly tax arrangements, restructuring, offshoring and automation which has reduced costs. If these trends come to an end, or reverse, (perhaps as a result of deglobalisation and populism) and without new sources of growth, expect downward pressure on earnings and equity returns in the decades ahead.

The forces that have brought inflation under control have ebbed or are now in reverse and the response to the financial crisis of 2008 and to the more recent pandemic have added to government debt burdens. Fiscal stimulation has added to burgeoning entitlements which can only be met by pro-inflationary policy.

In the aftermath of the financial crisis, institutional independence has been eroded through the introduction of measures such as Quantitative Easing, yield curve controls and other forms of central bank intervention in government funding markets in an effort to induce or support fiscal spending. The pandemic has further accelerated this shift.

As monetary policy reaches its limits and technological disruption provides scale with its low capital expenditure requirements, the traditional economic cycle is under threat and traditional metrics for assessing fair value are being challenged. There is an argument that the base rate and risk premium component of risk asset discount rates should be structurally lower – and valuations structurally higher than they have been through modern financial history.

Government bonds have been the defensive anchor of investment portfolios for over 30 years with the traditional 60/40 equity bond portfolio relying on negative correlation between the two asset classes. Nominal bond yields are significantly lower so the scope for bonds payoff is reduced. Investors have ended up paying to benefit from bond rallies rather than being paid. If inflation begins to rise the bond-equity correlation may prove much less beneficial going forward.