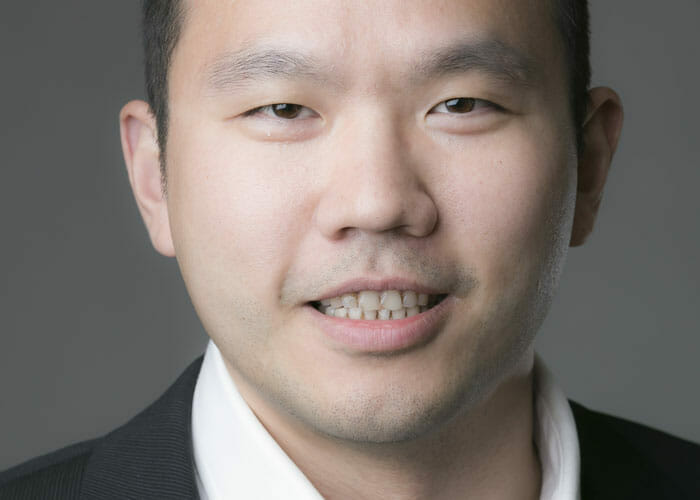 Liang Yin from the Thinking Ahead Institute examines omission bias as an explanation for vaccine resistance, and underweighting investments to China. He suggests a framework for overcoming this bias.

Recently, I had my first COVID-19 vaccine (Oxford / AstraZeneca) and excitement soon turned to concern as the media linked a small number of deaths to this vaccine and the EU’s medicines regulator announced that unusual blood clots should be listed as one of its side effects.

This focuses the mind on the importance of perspective and understanding biases. While this side effect is very rare (roughly one in every 100,000 people) and the risk of dying is even smaller (significantly lower than the risk of dying from COVID) knowing this doesn’t necessarily make my experience less unsettling. After all, I am only human and suffer from a cognitive bias that many people are prone to: omission bias.

Omission bias describes our tendency to focus more on risks related to our actions (me actively choosing to take a vaccine) while giving less attention to risks as a result of our inactions (me doing nothing to protect myself from a potentially deadly virus). Omission bias can cloud our judgement. It is often discussed as one of the plausible explanations for vaccine resistance while the science is very clear that the benefits of any approved vaccines far outweigh the risk, including the one produced by Oxford / AstraZeneca.

We researched this topic as part of the Institute’s work on asset classes of tomorrow which also revealed that most institutional investment portfolios are highly concentrated from a geographical standpoint. Indeed the MSCI ACWI index currently weights the US at around 58 per cent, while China – the world’s second largest economy – is weighted at less than 5 per cent.

In our above-linked paper on Chinese capital markets, we show that over the 31 years since two major stock exchanges were established in 1990, China’s capital markets have grown at a rapid rate, underpinned by fast economic expansion. Today, China is home to the world’s second largest stock market and also the second largest bond market. Since the beginning of the 21st century, barriers to foreign ownership have been gradually reduced. Recent programmes such as Stock Connect in 2014 and Bond Connect in 2017 are viewed by some investors to have revolutionised accessibility to this enormous market. Trillions of dollars’ worth of Chinese onshore assets are now within reach for foreign investors.

As such, there is a strong case for global investors to add or increase exposure to Chinese assets in their portfolios, based on:

With respect to the last point, over recent years, there have been increasing concerns about setbacks in globalisation and rising trade / geopolitical tensions between the US and China. These events were often perceived to be negative for China’s economic prospects and led to elevated market volatility.  Some investors view them as reasons not to invest in China. This could be omission bias at play.

While the future is impossible to predict, indications are that we are moving into a new world order and, as we do so, using scenarios can be helpful in dispassionate decision making and overcoming omission bias. Here is a simple thought experiment where the world is shaped only by two key dimensions: global economic integration and global geopolitical order, and from which we can build five future (2030) scenarios. 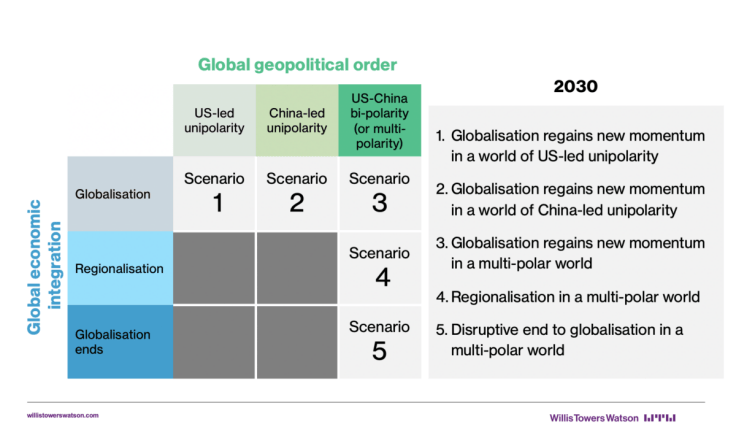 We can then assign an estimated likelihood to each scenario, and also a portfolio weight to Chinese assets that would make sense in that scenario (see our paper for our probabilities and weights). Only in scenario five would it make sense to have a 0 per cent weight to Chinese assets. And in all other scenarios we think a significantly higher weight than the 5 per cent implied by the MSCI index, or current average exposures, would be appropriate. Combining across the likelihood of all five scenarios and we end up with an allocation to Chinese assets that is a multiple of current levels.

The usefulness of this simple construct is that it is flexible and helps investors with their omission biases.

A useful historical perspective is that US economic output overtook that of the entire British empire for the first time in 1916 and, if investors hadn’t seen that coming and diversified accordingly the United Kingdom’s underperforming capital market should have been an enduringly strong clue. 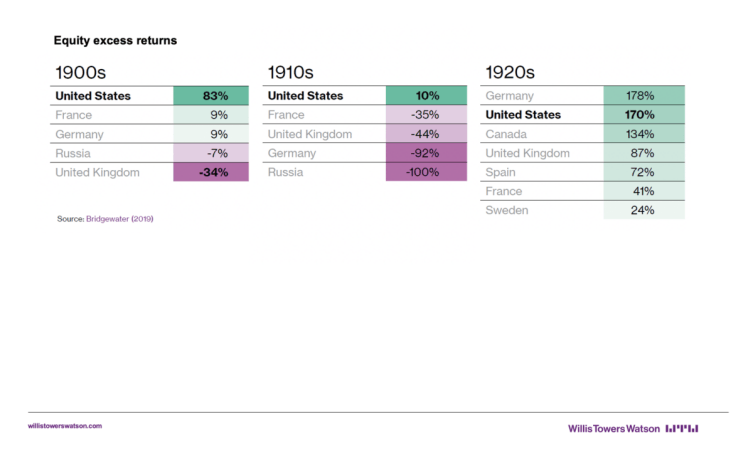 More than 100 years later, the world could be at another point of similar flux and yet many investors today hold highly concentrated portfolios built for the past, rather than thinking about incorporating asset classes of the future.