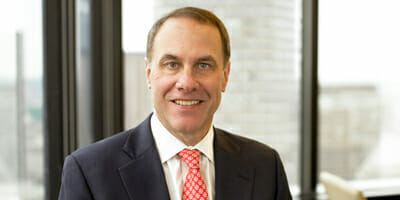 A risk management strategy that measures the resilience and fragility of markets, protected portfolios from the wild February downswing in equity markets and predicts there is more potential weakness to come.

Windham Capital, a Boston-based risk management firm and a founding partner of State Street Associates, looks at the world according to a proprietary investment risk cycle, which describes how financial turbulence and systemic risk interact with each other and how that impacts asset values.

This measure of systemic risk helps separate a fragile market from a resilient one and while it doesn’t tell you about an individual tail-risk event, it can indicate when one may be approaching so portfolios can be positioned to cushion the blow. Similarly, if the systemic risk measures shows that markets are resilient, portfolios can take advantage of that.

Chief executive of Windham and a professor of finance at Massachusetts Institute of Technology, Mark Kritzman, says implied systemic risk, or the absorption ratio, is a measure of how tightly coupled or unified the markets are.

This absorption ratio, or concentrated risk measure, was developed in response to the global financial crisis, but the most recent market activity is the first time it has had a chance to really shine since then.

“We came up with absorption ratio as a result of the financial crisis, to measure systemic risk and back tested it through the GFC,” Kritzman says. “Since then we have seen only one drawdown greater than 10 per cent, this is the first live test. Our expectation is it will provide the most value in large sell offs by helping investors to avoid those sell offs.”

Combining the absorption ratio with a measure of financial turbulence or risk similarity, which looks at how unusual the market is compared to historical norms, provides an index of market fragility versus resilience.

Using a measure of zero to 100, the index hit 48 the day the market peaked on February 19. By February 24, it was at 64 and jumped to 76 the following day. This triggered a shift into what Kritzman calls a fragile environment. Two days later it measured 99 and has been there ever since.

“This is the fastest increase we have ever seen, including in our back testing,” Kritzman said.

As a result, Windham quickly moved client portfolios into their most defensive posture, taking into account their different governance requirements, and helped protect against a large part of the market decline.

“The sell off since the peak in February was 21 per cent,” Kritzman says. “Since the indicator moved into the fragile regime on February 25, the market has been down 18 per cent. So, we were in the most defensive position for clients for a large part of the sell-off. This indicator is not going to pick the peak but it did a good job of giving an exit signal early in the sell off.”

“For some clients neutral is 70:30, for others it is 50:50, and some clients only allow movement within narrow bands,” he says. “As soon as the indicator showed that markets had transitioned into that fragile state, we moved all clients into their most defensive position within their guidelines. For one of them that was 0 per cent in equities.”