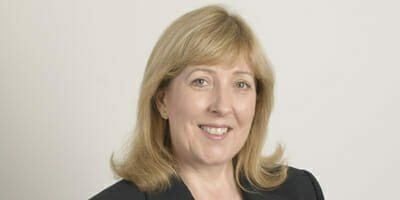 As I attend the UN Secretary General’s Climate Action Summit in New York, I’m energised by the amount of people – young and old – that took to the streets last Friday as part of the global climate strike. There is a growing, global realisation that there is an urgent need to take climate action now, with young people increasingly voting with their feet. Politicians should also take note that many will soon be voting at the ballot box.

Finally, it feels like climate change is taking centre stage, and, hopefully, there is no turning back.

Against this backdrop, however, is the depressing reality that emissions continue to rise, climate investment isn’t growing fast enough, and we are nowhere near the trajectory required to keep the world to no more than 1.5 degrees in terms of warming.

This is despite decades of climate analysis and warnings from the scientific community that without major technological advancements and negative emissions technology we will be unable to meet the 1.5-degree challenge.

As it stands, we are on course for a 3+ degree warming world. Deforestation and fires in the Amazon and Indonesia have rightly caught the public’s attention, with new hot weather records being logged across the globe. A world moving past 2 degrees in the coming decades can only expect the science-based forecasts of volatility and severity in weather events and climate impacts to worsen. No wonder children are on the streets – they know they’ll be around in 2050…and beyond.

Turning back to the summit, the UN Secretary General has told those speaking not to come with “fancy speeches”, but to come instead with “concrete commitments”.

He has also reportedly banned some countries who are doing little more than paying lip service to climate change from addressing the summit. This is to be applauded; what we need now is action from political leaders, not words.

In addition to asking ourselves what actions we are going to take for the future, we must also reflect on why we find ourselves in this position, with the pace of our climate change response so far out of kilter with the urgency.

While the answer to this is multifaceted, one factor in the slow response from policy makers has been the anti-climate lobbying machine.

Fossil fuel money has influenced governments towards inertia and funded scare campaigns in the community.

The investor community has been doing its part to end this destructive corporate lobbying, including the PRI’s guidance, converging on climate lobbying: aligning corporate practice with investor expectations.

It provides an overview of why investors should engage on this topic; suggested questions to ask companies; examples of good and poor corporate practice; and PRI signatory case studies showcasing investor action. We have also undertaken an investor engagement on the topic.

Considerable effort has gone into asking companies about their lobbying efforts and member associations. After all, shareholder money is used to fund climate denier lobbying efforts, and investors understand that in some cases their money is being used in ways that are not aligned with their long-term interests.

A new study of the climate performance of the energy sector from the $15 trillion investor-backed Transition Pathway Initiative finds that “climate progress in the energy sector is inching rather than accelerating towards a low-carbon future.”

On lobbying, the study found that 94 per cent of oil companies “do not ensure consistency between their own climate position and [their] trade associations”.

The most recent example of action is from the consortium of ACCR, ACTIAM, Church of England Pension Board, MP Pension, Vision Super and Grok Ventures, which have filed a shareholder resolution asking BHP to suspend its membership of industry associations that are undertaking public policy interventions that are inconsistent with BHP’s support for the Paris Agreement.

The group is acknowledging that BHP has been a leading company in addressing climate action within the resources sector but remains concerned that it has been too slow to address the misalignment of lobbing by their trade associations.

So, while I desperately hope this week in New York sees a huge leap forward when it comes to climate action, we must not forget that there are still many vested interests putting billions of dollars into keeping the status quo.

We need to redouble our efforts in addressing negative corporate climate lobbying. The children who voted with their feet last Friday called for stronger climate action; they want to live their lives in a world committed to limiting warming. The least we can do as investors is vote with our shares against those who seek to thwart them.

Fiona Reynolds is chief executive of the PRI.