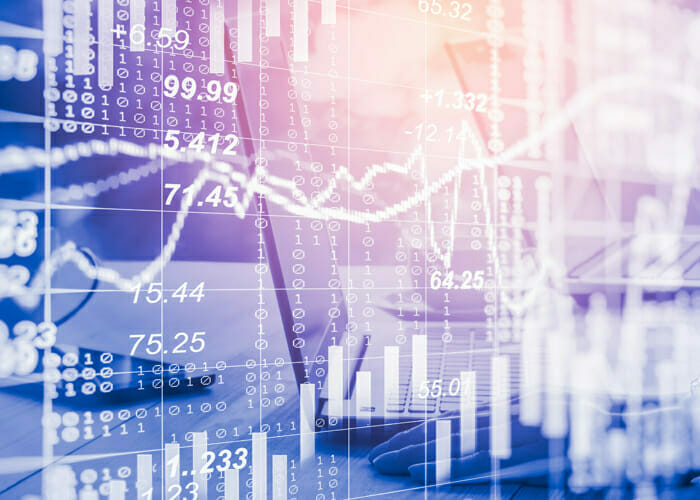 As public pension plans grapple with how to meet funding liabilities amid historically subdued investment returns, the desire to focus on elements that can be controlled – namely, fees – has led to growing use of low-cost index or passive strategies.

But reports of the death of active management may be exaggerated. Growth in the use of passive and index strategies, even by quite sophisticated investors as pension funds seek ways to address the underfunding of their liabilities and the prospect of lower returns, does not undermine the case for active management, says BlackRock head of active investments for Asia-Pacific, and chief investment officer of emerging markets, fundamental active equity, Belinda Boa.

Boa says that while the money in passive strategies is growing quickly in percentage terms, and that the trend will continue, it’s coming from a low base and is still dwarfed by the money invested in active strategies.

Figures supplied to conexust1f.flywheelstaging.com by BlackRock show that in mid-2016 there was about $11.9 trillion invested in equity index strategies – including exchange-traded funds (ETFs), mutual funds and institutional money – while the total value of equity securities was about $67.9 trillion. About $4.7 trillion was invested in fixed-income index strategies and the value of global fixed-income securities at that time was about $93.4 trillion.

The CIO of the A$130 billion ($103.7 billion) Australian sovereign wealth fund, the Future Fund, Raphael Arndt, told the Investment Innovation Institute forum in Melbourne this May that low prospective investment returns have put the spotlight on the impact of fees on portfolio performance.

The Future Fund has a long-term return target of inflation plus 4.5 per cent a year, and Arndt said the fund is looking at ways to get “more bang for our listed-equities buck”.

“Lower forward-looking returns [make] fee drag a much more significant issue than in times of healthy returns,” Arndt said. “Fees are a greater proportion of gross expected returns than they were in the past. And while expected returns are uncertain, fees are certain.”

Boa says a black-and-white distinction between active strategies and passive, or index, strategies is not helpful. She says the best way to answer the fundamental question, “What is passive?” may be to define what an active strategy is first, and then define passive as “everything else”.

“Active is when you’re taking risk in the market versus something that’s more broad-based and representative, whether it’s through market caps or smart beta or factor strategies,” Boa says.

In fact, she argues that the whole passive-vs-active discussion is misguided.

“As an industry, I don’t think we’ve done ourselves any favours by talking about active versus passive.” The conversation should be about “active and passive”, she argues.

“Every time you make a decision, even investing in the S&P 500, which is a very broad-based market index, you’re still making an active decision, because you could have been in cash, or you could be in the Russell 2000 or you could be in something else,” Boa explains. “So it’s an active decision and I think we’ve created all these anxieties and questions in the marketplace around active versus passive, whereas it isn’t as clear-cut.

“Historically [an index meant a] market-cap index, now [there are] more fundamental indices and smart-beta strategies, factor strategies and active strategies…There’s no clear point where you say, ‘Well, that’s exactly index and this one is exactly smart beta.’ The continuum across the industry and the way the world has tried to force these things into two separate buckets isn’t entirely right and, therefore, is not helpful.”

Active in name only

Boa also says a proliferation of so-called active funds over recent years – which, in reality, hug an index or other benchmark but charge a higher fee than funds explicitly branded as passive or index – has not been helpful.

Given the index-like returns produced by some so-called active strategies, investors may consider “for a pretty similar outcome, choosing something that’s got a lower fee”.

The Future Fund’s Arndt says there are other issues that sometimes arise from the use of active managers, including the fundamental fact that “listed equity managers in general aren’t particularly good at making macro calls”.

“Likewise, when we analyse positions in our portfolio, we are increasingly discovering managers are knowingly, or unknowingly, taking significant factor positions.

“For example, an active manager with a strong value style may have a process that, in effect, hugs a value index and does not add much by way of true stock selection risk. Alternatively, a manager may adopt a combination of styles but still fail to deliver idiosyncratic stock selection and instead rely on a mechanical style-based process, which can be cheaply replicated.”

The concern that then arises for many investors is whether their fund is paying an active fee for what is, essentially, an index portfolio. This can also happen if the positions of individual managers offset each other at a portfolio level.

“This is of no value to us, but results in us paying active fees for close to beta returns,” Arndt says.

Despite these concerns, Boa and Arndt agree that the place of active strategies remains assured.

Arndt says: “We believe there is a place for active managers with genuine and reasonably priced stock-picking skill. You will not see the Future Fund adopting a fully passive portfolio any time soon.”

A sometimes-underrated benefit of passive strategies has nothing to do with cost, per se, but relates to the degree of accuracy they afford pension funds in implementing asset allocation.

The CIO of the $40 billion Public Employees’ Retirement System of Nevada (NVPERS), Steve Edmundson, told top1000funds.com in August that while low costs are a clear and welcome result of an index approach, the bigger benefit is enabling the fund to set, monitor and rebalance its asset allocation accurately with reference to its long-term targets.

All of NVPERS’ public-market assets are managed in index strategies, a total of about $32 billion of the fund’s $40 billion in assets.

There’s a growing body of evidence that moving to low-cost index and passive strategies can play a material role in helping pension plans meet pension liabilities, even as returns remain depressed by historical standards.

An article published in the Journal of Financial Counseling and Planning, “Active Versus Passive Investment Management of State Pension Plans: Implications for personal finance” says state public pension plans face “the apparent underfunding of pension liabilities in every state”.

Walden’s analysis of 46 state pension plans, using data from the funds for the decade from 2003 to 2012, suggests there are potential cost savings, and therefore improved long-term returns, to be had by adopting low-cost diversified strategies.

“States could both improve their annualised after-fee rate of return and reduce prospective underfunding of pension commitments by shifting from managed portfolios to low-fee, diversified portfolios provided by mutual funds,” Walden maintains. “The findings support the arguments made by the passive investment management approach – that simple is better, and that aspiring to ‘beat the market’ was unsuccessful from 2003 to 2012.”

But there’s an important proviso; Walden’s conclusions must be assessed in light of the level of investment risk that pension plans are prepared to take.

“This result only occurs for alternative portfolios that are broader than a standard stock/bond combination,” Walden’s paper states. “The alternative portfolios need to be diversified to explicitly include geographic markets (such as emerging and Pacific) and sector markets (such as energy, real estate, and metals), therefore potentially implying greater risk than some state pension plans now take.”

In addition, he warns that his paper’s findings should not be considered an exhaustive analysis of the active-vs-passive debate. There are other factors at play, which also must be considered.

Changes to the time period of the analysis may produce different results, and extending the time period would “reduce uncertainty about the relationship between the portfolio composition of state pension plans and rates of return by including market conditions that may not have been present during the 2003-12 period”.

This pinpoints one of the greatest criticisms of index strategies, and especially market-cap index strategies – namely that investors are “strapped in” and will bear the full brunt of a market downturn, whereas an active strategy may enable a manager to mitigate some of the downside, protect the pension plan’s assets and better preserve its pension funding position.

“The paper certainly raises questions about how state pension fund investments are managed, and whether the current preference for active management is yielding the highest after-fee returns for workers,” he says.