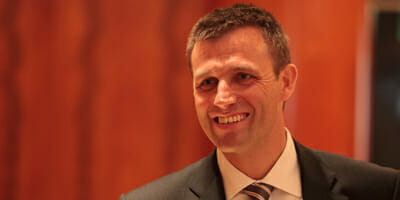 Investors should re-consider their investment processes in order to achieve the needed “step-change in efficient portfolio construction” in a low return environment, the chief executive of the A$109 billion ($83 billion) Future Fund, David Neal, says.

“It is the investment process that turns the universe of opportunities into a portfolio, and right now that process needs to be as efficient and effective as it can be,” he said.

“If the reward for the higher risk is not there, it doesn’t make sense to accept that risk,” he said, urging investors to think critically about the risk/reward trade-off, not blindly accept it.

In addition he points out that just because there should be a return for illiquidity doesn’t mean a return premium is always there in practice.

Neal advocates that investors “add to their armour” and the first thing to think about is not just where to take risk, but when to take it.

“One advantage of being a long term investor is that the task is to generate the return over the long term, which means that the portfolio does not have to be constructed to achieve that target return all the time. If the reward for risk is low, it is perfectly reasonable to take lower risk (and accept an even lower return) for a while, waiting for the time when the reward for risk is once again higher,” he said.

“This introduces the concept of inter-temporal risk management – allocating your risk taking through time.”

In addition he says the way pension funds (specifically superannuation funds in Australia) organise themselves, places considerable constraints on the allocation process which leads to less efficient portfolios.

He said the tradition of strategic asset allocation, and asset buckets, is restrictive.

“I would encourage all funds to think deeply about their processes. Do they have this ability to identify great strategic opportunities, and if so, do they have the ability to right-size them in the context of the total portfolio?”

The Future Fund has a target return, but adopts a benchmark unaware approach with no strategic allocations to individual asset classes.

Its sits alongside NZ Super and the Canadian Pension Plan Investment Board in this way of thinking, allocating assets according to a total portfolio view.

An example of how this works, is that a property investment is not thought of in terms of filling a real estate allocation, but whether it is better than staying in equities.

This approach allows investors to be opportunistic. Neal says after the global financial crisis, banks were capital constrained and so companies were finding it hard to get financing.

“With the help of our managers and other relationships, we were able to identify the opportunity and build a specific private lending strategy. This didn’t appear in any benchmark, but it forms a large proportion of our debt allocation (we have $4 billion in this strategy).”

Neal says that the process evolution he is advocating requires substantial internal resources.

“This is not an argument for building internal sector implementation which is more about cost reduction. That is fine but won’t on its own deliver a step change in efficient portfolio construction.”

David Neal was speaking at the ASFA Investment Interchange.