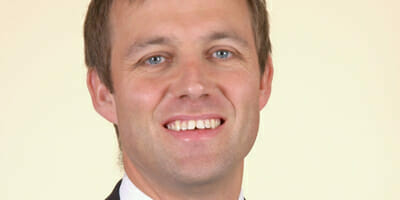 Australia’s sovereign wealth fund, the A$101 billion Future Fund, has just upped the stakes in not only attracting the best co-investment deals from fund managers, but in its bid to attract the world’s best investment professionals.

Two months ago the fund’s long serving chief investment officer, David Neal, become chief executive in name (following the resignation of the previous CEO Mark Burgess, who held the role for nearly three years), but he might more accurately be described as the fund’s chief big picture strategist.

“As the portfolio has got bigger there is too much for a single person,” he says.

He describes his new role as ensuring that the Future Fund keeps evolving so that it can remain at the forefront of the investment industry.

“We need to think continually of better ways of doing things,” he says.

One of the ways the fund is upping the stakes is in the increasing number of co-investment deals it brokers with global fund managers, on which it offers partnership but rarely pays investment fees. There have been 30 such deals this year, with 12 in the last quarter, across debt, private equity and infrastructure.

The increasing numbers of deals means the need for more staff to negotiate and manage them. Finding the right people is not easy and the fund likes to search the globe for the best people.

Prominent new members of the Future Fund team in 2014, include Craig Dandurand, who joined in February as director of debt and alternatives from CalPERS, where he had been in charge of the $288 billion Californian public employee fund’s hedge fund program.

While in August, Joel Posters joined as the new head of environmental, social and governance risk management, from Rabobank Group in the Netherlands.

Neal says they want those who have directly managed such assets, but also those who can work within the competition for ideas framework at the Future Fund, where all new investment ideas must compete with other current ideas across the asset spectrum before a purchase decision is made.

“We need the rare beast of someone who can do transactions but who also understands how it fits into a broader portfolio, and that is challenging for us to find,” he says.

The investment team is currently at 46 and Neal sees it rising to a maximum figure in the mid-50s, any more and there are dis-economies of scale he says.

“I do not want too many people in an individual team”, he says fearing team splits or having too many senior people so that the whole team finds it hard to work together.

“There is a point at which the whole team becomes too big. we are not far off that,” he says.

The fund has a target return, but adopts benchmark unaware approach with no strategic allocations to individual asset classes.

Neal gives an example of how this works. “When we go to buy a property, we do not think of it in terms of the real estate universe, but if it is a better investment than just sticking it in listed equities,” he says.

There is also the big matter of attracting people from overseas to Melbourne, one of the world’s most remote major cities as well as the high cost of living in Australia.

However, Neal believes the fund is riding a trend of investment professionals falling out of love with the idea of working for a large financial services institution in one of the world’s big financial centres.

“In the past if you were a very ambitious, very skilled investment professional, you had a choice of asset management or investment banking,” he says. “What has changed a little is that the big sovereign wealth funds and pension funds around the world are professionalising and paying for this so they are able to compete for good staff.”

The lack of job security since 2008 has been a factor in this job trend and so has the desire to move away from some of the excesses of the financial services sector.

“People are more thoughtful about a long term career and are looking for an intellectual challenge and a sense of purpose.”

He judges that the allure is greater around the large asset owners who are doing “interesting things”.

“We get to compete pretty well for that pocket of people.” However, he concedes: “Those that want to make as much money as possible are still going to go to New York.”