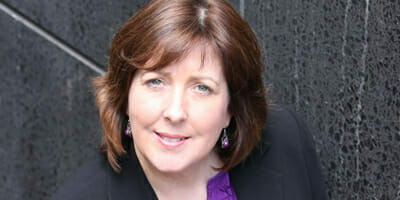 Investors are just beginning to understand global tax issues and the risks associated with aggressive tax planning by the companies int their portfolios, Fiona Reynolds, managing director of PRI says there are a number of common-sense measures that companies should begin to put in place.

The 2014 G20 Summit to be held in Australia in November will consider a range of proposals around modernization and reform of international tax practices, as part of the wider agenda to lessen volatility risks and build resilience in global financial markets.  In the eyes of many, concrete action and reforms can’t come soon enough.

The Warren Buffet-backed takeover of Canadian coffee company, Tim Horton’s by Burger King is the latest in a series of deals this year that have raised questions over corporate tax responsibility. The tax affairs of many of the world’s largest and best-known companies are coming under public scrutiny as never before – and this scrutiny is raising governance challenges for investors.

The tactics are familiar. Multinational companies shift domiciles around the world to take advantage of lower tax jurisdictions and less regulation. They pursue opaque transfer pricing arrangements between one jurisdiction or declare profits via subsidiaries that are no more than corporate shells.

They make internal and artificial royalty payments to avoid national rules and cut their tax exposure.

We must bear in mind that although these tactics may be decried, they are generally legal. Some national governments compete to make their jurisdictions as attractive as possible to international business – and corporate tax policy is a crucial battleground. This offers numerous opportunities for multinationals to undertake globally based arbitrage to reduce overall scrutiny of operations and their tax exposure.

The OECD defines these various practices under the umbrella label of  ‘Base Erosion and Profit Shifting’ (BEPS) and points out that as a result of considered accounting many multinationals pay corporate taxes rates as low as 5 per cent, a sharp contrast to the rates above 30 per cent borne by smaller businesses.  Unlike large corporates, SMEs are unable to optimise their tax position across multiple jurisdictions and subsidiaries.

From the shareholder’s point of view, in theory every dollar paid in tax is one dollar less available to the business, or to pay dividends. Ostensibly, company management is pursuing its fiduciary duty in minimizing – within the law – their company’s tax burden. A lower tax bill again in theory is supposed to result in higher profitability, more reinvestment or better dividends.

But as attractive as these arguments may be, a growing number of investors are becoming concerned about the risks posed by an overly dogged pursuit of tax efficiency.

Should a board and senior management teams be always looking to short term tax breaks or concentrating on decade long directions that more closely align with institutional investor expectations?

Another nagging question remains.  If these various arrangements are entirely legitimate, ethical and add value, why is there such dogged resistance to the OECD Action Plan with its implicit proposals for greater information sharing, transparency and disclosure by international corporations?

At the UN-supported Principles of Responsible Investment (PRI), we are analyzing the results of our new comprehensive reporting exercise.

With 814 investor signatories reporting in 2014, these results are a global barometer for what investors are doing to create sustainable capital markets. These investors, who collectively manage more than $40 trillion of assets, have committed to consider environmental, social and governance criteria in their investment decisions, and to report on how they do so.

This first-of-its-kind snapshot shows that tax is high on many of our signatories’ agendas, with no fewer than 100 of them including a reference to taxation in their responses.

Investors see the risks in aggressive tax planning by the companies in their portfolios. The first is that they risk damaging their brands, or losing their license to operate – and this risk is especially acute for public-facing companies in the fast-moving consumer goods markets.

Tax avoidance has risen to the top of the list of public concerns about corporate behavior, according to a well-regarded survey of the British public carried out last year by the Institute of Business Ethics. It’s hardly surprising with pensions and other social services around the world being cut, that tax payers are outraged that they have to pay their fair share of tax revenue, while some multi-nationals are allowed to avoid paying theirs.  In the US there is a grassroots campaign underway, which is targeting some US corporations who are engaged in tax minimization as being “anti-American”

To illustrate the severity of these risks, Starbucks, for example, reported last October its first drop in UK sales after 16 years of strong growth, during a period when it faced a consumer boycott and parliamentary criticism over its tax affairs.

This highlights an additional exposure – to regulatory intervention, either collectively or individually. No company wants to find itself the subject of intense scrutiny by the tax authorities, with the attendant distraction to corporate management. Google found itself raided by French tax authorities, which have subsequently served the company with a tax bill which could reportedly hit €1 billion.

Collective action also seems increasingly likely. In June, the European Union announced a probe into whether Ireland, the Netherlands and Luxembourg were offering improper tax breaks to Apple, Starbucks, and the financial arm of the Italian carmaker Fiat, respectively.

The OECD is in the middle of a two-year programme, set up at the instigation of the G20, to help governments amend national tax laws to ensure they can collect the taxes due from global corporations.

Large investors are also mindful of the fact that there is also a wider social good served by companies paying fair levels of taxation – and from which they  stand to benefit as global investors. Taxation funds government services which all companies ultimately rely on, including education, infrastructure, scientific research, healthcare provision and protection of intellectual property.

In emerging markets, healthy government tax receipts can be vital in creating successful economies with consumers wealthy enough to afford the products and services supplied by multinationals.

So what stand should investors take? These issues are complex and it can be difficult to differentiate between legitimate tax planning and aggressive practices.

Many investors are just beginning the process of understanding global tax issues, and engagement between companies and investors on the subject is at an early stage. But there are a number of common-sense measures that companies should begin to put in place.

Improving transparency and disclosure has a strong foundation in governance and gives institutional investors an opportunity to make their own judgments.

The OECD proposals are a step in this direction.

Ultimately, sustainable, well-run businesses should pay a fair level of tax, and avoid the reputational, legal and financial risks posed by overly aggressive tax planning. Doing so is in their interests, the interests of their shareholders and the interests of the long-term health of the global economy.