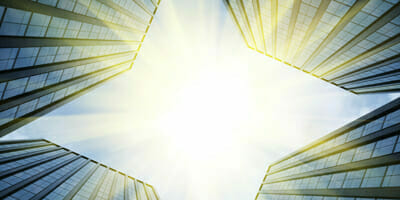 Now in its fifth year GRESB, the benchmark that measures the sustainability performance of real estate portfolios, has been influential in changing the sector’s performance and environmental impact. Now Nils Kok, executive director of GRESB and associate professor in finance at Maastricht University, says that infrastructure and private equity assets are ripe for a benchmark as well.

The real estate sector is responsible for about 40 per cent of global greenhouse gas emissions and for 75 per cent of electricity consumption in the US alone so accountability with regard to sustainability can have a huge impact in this sector.

Just how much energy is consumed in the sector is demonstrated by last year’s GRESB survey which reported on 30,690, 998 MWh of total energy consumption, and 17,188,742 metric tonnes of GHG emissions.

Since the Global Real Estate Sustainability Benchmark (GRESB) began in 2009 carbon emissions from the real estate sector have significantly reduced, demonstrating the power of benchmarking funds on sustainability.

Executive director of GRESB Nils Kok says that five years in, he can now confidently say the industry is moving forward, which can be measured in disclosure and results.

“It is most encouraging, emissions are coming down quite quickly,” he says.

By example in the 2012 GRESB report, 171 property companies and funds surveyed reduced GHG emissions by 6 per cent – this is a reduction of 432,000 metric tons of CO2, the equivalent of removing 85,000 cars from the road.

The GRESB survey has been powerful in changing behaviour in the property sector for a number of reasons.

Firstly it was the result of collaborative work by a group of 11 of the world’s largest pension asset managers and Maastricht University including APG, PGGM, USS, ATP and OTPP.

Their aim was to create shareholder value and reduce the sector’s substantial carbon footprint.

Kok, who is a visiting Scholar at UC Berkeley and associate professor in finance at Maastricht University, says one of the reasons GRESB has been effective is because it is a single tool used by a large number of investors.

“One of the lessons from GRESB is you really need a number of larger investor to bundle ambitions into a single tool. It needs to be standardised and you have to give in and get consensus to what you measure,” he says. “Harmonisation is important.”

GRESB is now used by more than 100 institutional investors with combined $6.1 trillion to engage with their investments to improve the sustainability performance of their investment portfolio, and the global property sector, and it now covers 49,000 assets in 46 countries.

“Investors value disclosure above performance, transparency above ranking, that’s the message investors are sending,” Kok says. “Look at the numbers we have reached, it’s a tipping point, if you don’t disclose then you’re a minority.”

There are now 543 real estate companies and fund managers participating, and while that has been partly due to the influence of investors it is also evident that being green is beneficial to the portfolio holdings and returns of managers.

Kok says that small improvements in buildings can have large effects, and the impact of energy costs directly affects tenants and investors.

The economic significance of green buildings can be seen in energy savings, but also lower insurance premiums, and it has also reputation effects which impact rent and corporate preferences.

Research conducted by Kok which looked at 28,000 office buildings, 3,000 of which are certified by EPAs Energy Star or the US green Building Council, found that green buildings have higher rents and higher selling prices.

It shows the average non-green building in the rental sample would be worth $5.6 million more if it were converted to green. Further his study has found that a $1 saving in energy costs is associated with an increase of effective rent of 95 cents, and a 4.9 per cent premium in market capitalisation, which is equivalent to $13 per square foot.

But Kok argues there are still a number of measures that can be taken to improve efficiency further. For instance, having a sustainably built building is only useful if the tenants take advantage of what is available.

“There is room to influence the behaviour of occupants,” he says pointing to Number One Bligh Street in Sydney, Australia as an example. “The building is impressive, but per square feet it is not that impressive because it is intensively used by traders and banks which have intense energy use.”

There is s still a lot of innovation that can happen, Kok says, pointing to technology improvements but also sharing concepts seen in the consumer space like Airbnb.

“Things like Airbnb work well in the consumer space, and it would be good to get some more flexible concepts in the commercial space like short leases or flexibility in the use of space.”

The survey, which was designed in 2009, captures more than 50 data points of environmental and social performance integrated into the business practices of each real-estate company or fund. It looks at the management of the company and also the underlying assets.

Kok believes the same could be applied to the infrastructure and private equity asset classes and that investors are showing greater interest in these areas.

“Within infrastructure you could look at the ESG that the manager applies, but then also the underlying assets and social characteristics. It is ripe for a standardised measure as well,” he says.

There are still a lot of relative differences among managers and funds within real estate, but also infrastructure and private equity, and Kok says a benchmark helps.

“The question about a benchmark is does it measure the right thing, we think it does,” he says. “There are always reasons why a fund underperforms its peers and the benchmark can be a starting point for a conversation.”

While acknowledging that there is danger in a benchmark being reduced to a single number, Kok says transparency and performance of a benchmark focuses the mind especially of top management. This works for financial benchmarking and other forms of benchmarking as well.

Since GRESB started collecting data in 2009 there has been a substantial improvement in the sustainability performance of real estate across the globe.  Importantly sustainability improvements also correlate with returns.

This is demonstrated in a paper by Kok and fellow Maastricht professors Piet Eichholtz and Erkan Yonder – Portfolio greenness and the financial performance of REITs – that finds investment performance of REITs is positively related to the adoption of Energy Star and LEED certification in REIT portfolios.

In a prior interview Eichholtz, who is chairman of the Global Real Estate Sustainability benchmark, says the paper shows there is a relationship between greenness and performance.

“The greener the company/portfolios the better the performance, also free cashflow was higher and risk was lower, and beta was substantially lower,” he says. “This paper shows that the relationship between financial performance and sustainability is really there.”

Eichholtz says the philosophy of GRESB is that “you can make good money by improving the world”, he says.

“Members of GRESB, the pension funds, see that sustainability and investment performance go hand in hand and they talk to companies and say get your act together.”