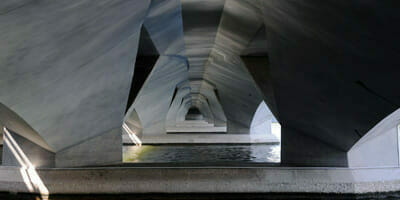 Simply comprehending the myriad of national institutional investing systems, investor types and priorities can be an onerous task. Attempting to coordinate an international effort to promote an uncommon investment strategy choice is well and truly herculean.

That is the challenge facing Raffaele Della Croce and the rest of the team behind the Organisation for Economic Co-operation and Development’s long-term investing project as they seek to lengthen the time horizons of investors and get institutional money flowing from across the world into infrastructure gaps.

Della Croce, who leads the Paris-based organisation’s project and is pictured right, argues that an international effort is vital for the infrastructure drive to succeed. “Large investors are looking at global markets as they diversify portfolios and they are increasingly discarding any national biases,” he says. He adds that financial regulation, a major influence of investment strategy choices, is also becoming more and more internationally coordinated.

In explaining the background to the OECD’s push, Della Croce says that its enduring work on institutional investors and data collection on them had been leading it to focus on asset allocation trends. The financial crisis then struck, and a desire to help inform the global effort to restore growth in the aftermath got the organisation active.

Feedback from the market that long-term investment was lacking then spurred the OECD to launch its project in 2011. The OECD cites just 1 per cent of combined global pension fund assets of $20 trillion as being invested directly into infrastructure at the end of 2012.

“Our approach is to have a holistic view of the different barriers investors face – from regulation to governance and specific issues on infrastructure investments,” says Della Croce. “We want to put all this within the context of a policy framework that can actually respond in a comprehensive way.”

The OECD project has enlisted some powerful allies in its quest, most notably the G20. While headlines were dominated by discussions on the international community’s response to the Syria crisis and pledges for collaboration on tax avoidance, the G20 leaders’ declaration formulated in St Petersburg in early September acknowledged the importance of long-term investing.

The OECD’s wide-ranging set of high-level principles on long-term investing by institutional investors also became endorsed by the G20 leaders. These principles cover everything from government incentives, regulation and tax to financial education. They are designed to help policy makers promote long-term investing, but their breadth arguably also indicates the sheer complexity of the initiative.

Along with enhanced political will, finding the right risk/return profiles for various infrastructure possibilities the world over is essential, Della Croce stresses. He agrees that beyond all the specific obstacles, a mentality shift is needed to bring the long-term investing dream to fruition. “At times messages that seem easy to communicate are not being communicated clearly,” he reflects. “A big motivation for our project is that investors did not feel that what they were asking for on the policy side was being acted on.”

The world needs you

While the OECD project is calling on governments and regulators to do their part, it also wants to see asset managers and owners tackle obstacles. Asset managers can play their part by easing shortages of data, transparency and trust that currently restrict the potential of infrastructure investments, Della Croce argues.

Investors, on the other hand, need to ensure sufficient governance is in place if they are looking to invest in infrastructure or other uncommon long-term assets, he says.

Insights from the world’s largest investors have been vital for the OECD’s efforts to date. The project has worked closely with a select group of participant funds that rank among the world’s biggest, including APG and the Canadian Investment Pension Plan as active partners but also CalPERS, Norway’s Government Pension Fund Global, PGGM and AustralianSuper.

Investors discarding reluctance to share information on investments is highlighted by Della Croce as a vital step for the long-term investment agenda to take off. The OECD project has analysed specifically how Canadian and Australian funds have been able to take the lead internationally on infrastructure investing, and Della Croce thinks that more can be done to   share their know-how with the rest of the world.

“They have created a track record in infrastructure investing which is missing in many other countries,” says Della Croce. He argues that the direct investing typical of Canadian funds and open-ended fund vehicles in Australia show varied approaches can succeed. The fundamental differences between the two pension systems (Canadian pension funds being largely defined-benefit investors and their Australian counterparts defined contribution) meanwhile suggest there is potential in all kinds of markets.

Della Croce takes pride in the OECD helping asset owners to match the vociferousness of asset managers on the issue. Fundamentally, he feels investors willing to take the lead can benefit handsomely. “It is not about forcing investors into investing into assets they are not comfortable with, despite interest from the policy side in infrastructure,” Della Croce emphasises.

Della Croce’s team is set to publish a survey of large pension investors’ experiences and attitudes on long-term investing later in October. This should serve as another milestone in the lengthy process of shaping policy, which “won’t finish in a year or two”. Making sure the Australian presidency of the G20 next year furthers the agenda by the time of the leaders’ meeting in Brisbane in November 2014 is the next priority. With the OECD identifying a global infrastructure gap of $2 trillion per year from now to 2030, the success of the much-discussed long-term investing agenda is likely to be gauged for decades to come though.