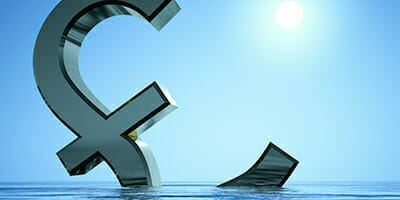 The head of infrastructure at Australia’s $80 billion Future Fund has cited regulatory risk in Europe and the United Kingdom as reasons to be wary about infrastructure investment in the region.

Raphael Arndt, the Future Fund’s head of infrastructure and timberlands, told a Sydney conference this week that he was particularly concerned with the situation in the UK water industry, where industry regulator Ofwat was proposing modifications to licences which would allow for changes in pricing controls.

“We have been attracted to the water industry in the UK because of its outstanding history of regulation, and we have been prepared to fund a share of the billions of pounds of investment the sector needs,” Arndt told the Association of Superannuation Funds of Australia (ASFA) conference in Sydney.

“But we are very concerned about Oftwat’s approach, and think it is hard to understand why they would take that approach rather than working with the industry on an agreed path to any changes.”

Arndt said he hoped the UK Government would “move swiftly and categorically to correct the position.”

“The Government should reinforce the water industry’s standing as a destination for foreign infrastructure investment,” he said.

The Future Fund has $4.7 billion or 5.9 per cent of its assets in infrastructure, an allocation it has built up over the past five years. $2 billion of that is invested in Australia, and around $1 billion in the UK, largely in transport assets such as Gatwick Airport.

“Unfortunately there have been a number of issues in the UK which have given us cause for concern, or at least reasons to pause for thought,” said Arndt.

“For example we have had the imposition of the largest air passenger tax in the world, without any consultation with the industry whatsoever.

“The unclear policies around airport development in the south of England makes it very difficult to investment further capital at this time.”

Arndt was speaking at an ASFA forum on infrastructure investment which was also addressed by the British high commissioner to Australia, Paul Madden.

The high commissioner said the UK welcomed infrastructure investment from Australian institutional investors, and said the December release of the PFI review would chart a clear way forward for the sector.

The UK, he said, had a pipeline of 500 public and private infrastructure projects worth over £ 250 billion.

In a bid to draw more investment from pension funds, the UK Government will launch its new Pension Infrastructure Platform (PIP) will launch as a fund in January 2013, targeting £2 billion ($3.24 billion) worth of projects with the backing of around 10 UK pension funds. Madden said 750 million pounds had so far been committed.

The drive is being led by a trio comprising the UK Treasury, the £11-billion Pension Protection Fund (PPF), protector of 12 million members paying out on schemes employers fail to meet, and the National Association of Pension Funds (NAPF), which counts 1200 pension funds as members, with a combined $1.295 trillion in assets.