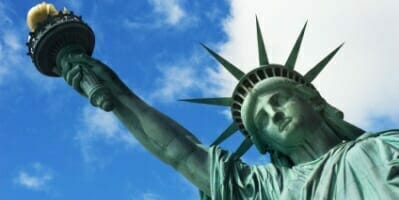 The arrest of a fundraiser for New York city comptroller John Liu and the ongoing federal investigation into his finances confirms the need for the governance reform planned for the city’s five public pension funds, Columbia Business School Professor Andrew Ang says.

While Liu does not yield the power of his state counterpart Thomas DeNapoli, who is the sole trustee of the $146 billion New York State Common Retirement Fund, Ang says planned reforms will result in an independent board that will reduce the potential for political interference.

“The role of pension reform, though, is far larger than just one person,” Ang says.

“The fact that a politician can be tarnished points out clearly the need to have an independent board so that the fortunes of beneficiaries do not rise and fall based on the ratings of politicians.”

Liu has been embroiled in controversy since one of his fundraisers was caught in a sting operation by an undercover FBI agent.

The undercover agent is alleged to have approached Liu’s fundraiser, Oliver Pan, with an offer to donate $16,000 – more than three times the city’s legal limit for a single donation.

Pan is alleged to have been caught on tape detailing an arrangement to funnel the donation to up to 20 other people. The donations to each of these so-called straw donors would be less than the legal limit for individual donations, and would also qualify for matching amounts of public electoral funding.

Liu has denied any knowledge of the activities of Pan, who faces a string of wire-tapping indictments that can each carry up to 20-year jail terms.

Under the reform plans for New York city’s five public pension funds, the Comptroller’s office would remain as custodian for the funds’ combined $120 billion in assets.

An independent investment management company (IMC) would also be established to manage the investment strategies of the five funds, which cover more than 237,000 retirees and 300,000 municipal employees.

IMC would be a government body, with its own CIO appointed by the pension investment board.

The composition of the board would include representation from municipal employees; the Mayor; and the Comptroller.

This board would set the strategic direction, policy and investment goals for the five funds, in consultation with their five existing boards.

Assets would not be co-mingled and the performance of each fund would continue to be tracked independently.

“There are too many in charge with too few accountable.”

Ang points to the Canadian Pension Plan Investment Board (CPPIB) as an example of best practice when it comes to balancing the role of elected officials within a pension system with the need for an independent investment board.

Appointments to the CPPIB must be made by the federal finance minister in consultation with the participating provinces, and with the assistance of a nominating committee.

A director’s term lasts for three years and the nomination process aims to ensure that only those with expertise in investment, business and finance are appointed to the board.

The nominating committee is a federally appointed body, which is balanced by each participating provincial government appointing one representative.

Ang, who is the Ann F Kaplan Professor of Business, has been a vocal supporter for the push to reform the city’s pension plans.

Previously, he has said the reforms will bring more investment decisions in-house cutting costs to beneficiaries. The streamlining of investment decision-making will also allow the IMC to take advantage of funds’ long-term investment horizons and scale to boost returns.