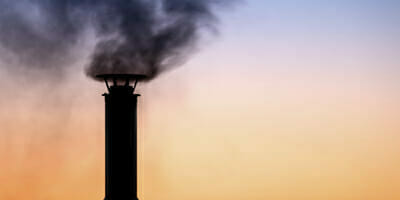 “Data is still lacking and dis-harmonised, which is why we want compulsory disclosure in a number of fields around transition and physical related risks,” he said.

“Besides GHG on a relative and absolute basis, the path for emissions and plans to emit or transition is crucial. It would massively help the investment community.”

Rousseau, who called ESG the financial risk of the future, called for a carbon price as a nice neat solution.

Speaking at the Bank of International Settlements Green Swan conference alongside Rousseau, head of ESG at MSCI, Remy Briand, outlined the lack of basic disclosure around scope 3 emissions.

“Scope 1 and 2 are basic ingredients. We think that is an element that should be mandatory because it is a basic ingredient,” Briand said. “Net zero targets and alignment with a 1.5 degree trajectory will be the centre of this dialogue going forward. Without the core ingredient it is without precision.”

Herman Bril the former executive director of the United Nations Staff Pension Fund who is incoming CEO at Arabesque, says the TCFD is a good candidate to become the global standard but lacks the explicit mention of targets in its framework.

“The TCFD would be a really good candidate to become the global standard, it was launched by a voluntary initiative led by Mike Bloomberg and Mark Carney and it has been been broadly embraced, but something is missing. We can’t win the race to net zero without long term and short term targets,” he said.

Bril points out the guidance for institutional investors by the Net Zero Asset Owner Alliance which shows how to incorporate climate risk across all asset classes in the short term and long term.

“That is helpful for investors, and it would be more effective if corporates could also embrace science-based targets.”

He said while the momentum is moving in the right direction he urged regulators and policymakers to step in to accelerate the process.

“The clock is ticking, that is not realised so much by everyone.  This is not a relative game. It is an absolute race,” he said. “The bottom line is we will not win the race to net zero without mandatory disclosure, or emissions data or explicit targets.”

Meanwhile this month IIRC and SASB formerly merged to create the Value Reporting Foundation which offers a comprehensive suite of resources designed to help businesses and investors develop a shared understanding of enterprise value and how it is created, preserved or eroded over time.

Chief executive of the Value Reporting Foundation, Janine Guillot, said the merger was a response to the call from business and investors for more clarity and simplicity in the corporate reporting landscape.

“This merger also better positions us to support key bodies such as the IFRS Foundation and continue to work with our colleagues around the world to drive progress towards a comprehensive corporate reporting system,” she said.

The resources available include the Integrated Thinking Principles which look at how value is created in the short, medium and long term, the Integrated Reporting Framework which supports effective reporting on strategy, governance, performance, prospects and business model through a multi-capital lens, and the SASB Standards which provide investors with consistent, comparable, reliable data on the ESG factors most relevant to financial performance and enterprise value.