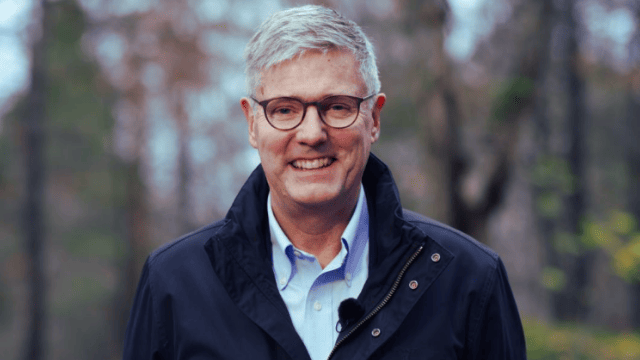 The SEK10 billion Church of Sweden fund invests all its assets through a sustainability lens. It’s had stellar performance driven largely by a chunk of the fund invested in the Generation Investment Management global equity fund, an investment that was diluted last year to manage concentration risk. Amanda White spoke to CIO, Anders Thorendal.

Until the year 2000, the government of Sweden had been a 500-year owner operator of the Church of Sweden assets. At that point the now $1 billion in church funds was transferred to a new organisation to be managed independently in what is a rainy day fund. It has no inflows and no real outflows, although about 1-2 per cent is set aside for annual operational expenditure. But for the most part it has a very long-term focus and so can manage assets accordingly.

Anders Thorendal the CIO of the fund says it has a pretty traditional asset allocation including Swedish and global equities, fixed income and credit, real estate and alternative investments. But one defining characteristic is that all of the assets are managed through a sustainability lens, and 20 per cent of the entire fund is invested in global equities managed by Generation Investment Management, a manager it has had a relationship with for nearly 14 years.

“They are a big inspiration for our investment capabilities and their global equity fund is one of the top global equity funds in the world returning 4 to 5 per cent above the MSCI world annually after fees,” Thorendal says.

In 2020 the Generation IM Global Equity Fund returned 5.9 per cent against a benchmark of 1.9 per cent, measured in SEK.

“When I started with the Church I had a treasury and risk background, not an investment background. It was an honour to meet with Al Gore and David Blood they have the strong belief you can do investing differently with a concentrated portfolio really focused on sustainable companies and good management and that sustainable products would make a difference,” he says. “They identified winners in the transition to a lower carbon society and have been good at identifying those companies.”

While sustainable investing is in vogue today, back in 2008 excluding fossil fuels was more difficult to do both philosophically and from an implementation perspective, but this is what the church fund did, divesting its holdings from oil and gas in 2008-09.

“Excluding coal and oil is not an issue today to reach financial goals but 12 years ago when we started it was,” Thorendal says.

While the relationship with Generation has been a driver of investment philosophy, and returns, it also presented a risk for the fund to manage, and in the past year Church of Sweden has slightly decreased its reliance on Generation. In a bid to diversify some of the concentration risk Ownership Capital and Mirova have both been allocated about 2-3 per cent of the fund.

“We want to work with managers that have sustainability in their DNA. We get approached by managers constantly that think today sustainability is becoming more vanilla, more the flavour of today, managers who see sustainability as another theme, or an overlay. We were even approached by a manager who said give us the exclusion list and we’ll take it from there. This is not what we want, we need them on the ground, we need them to focus on companies you want to have in the portfolio not just exclusion, that is part of the manager DNA, and more what we want,” Thorendal says. “Generation doesn’t have two separate teams they all can see the companies from both a sustainability and finance point of view. The future will be that sustainability will be more part of the traditional way to assess companies.”

Equities make up the majority of the assets at Church of Sweden with 34 per cent in global, 15 per cent in Swedish and 9 per cent in emerging market equities.

“Alternatives are a way to reduce the risk for the overall portfolio with investment not correlated with equity, and from an impact perspective if we want to really make a difference on the ground in developing countries for example in direct investments and micro finance then the alternatives space is a good place,” says Thorendal.

One of those investments has been micro finance, with the Swedish bank SEB issuing to smaller banks in Asia and South America which then lend to small companies and individuals.

“They lend to individuals, women in particular, and this is a good way to build up society,” he says. “We have seen very few defaults and we have had steady returns of 7-8 per cent a year.”

Last year the fund also made a couple of follow up investments in a Swedish venture capital company, that provides micro finance aid.

In the 10 years to 2020 the fund returned 8 per cent per annum, which was double its real rate of return target. And as with many  investors as Thorendal looks to achieve his return targets he has his eye on inflation, which in Sweden is currently 1-2 per cent.

“We are seeing inflation increase right now and the $10,000 question is will that continue or go back to the new normal. With the lower expectations for interest-related investments it’s a challenge if you want to get 3 per cent real return, it could put you too far out on the risk side,” Thorendal says. “Is it still feasible to have 3 per cent above CPI as a return target, our board believes so, but we are saying if you want return you have to take some risk which is another reason we are going into alternatives.”