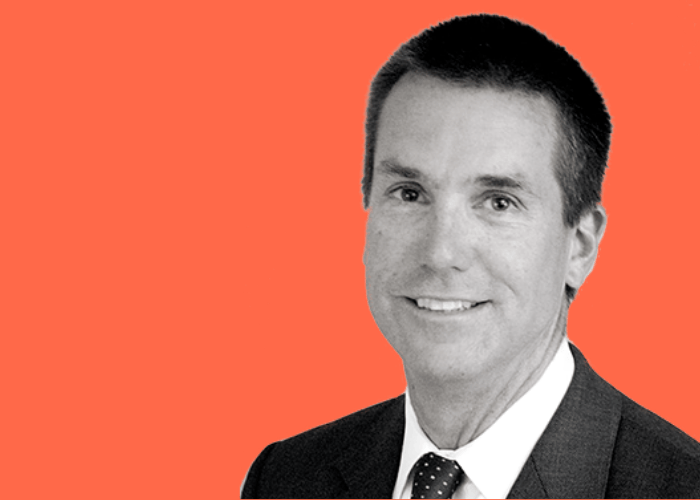 Debt beyond a certain point becomes a risk according to Farouki Majeed who applies this same value judgement to assess any asset to the current levels of sovereign debt.

As part of a a discussion panel focused on the dangers inherent in historically high levels of sovereign debt to GDP, he told delegates that debt involves borrowing from the future, and that all studies show that countries that have high levels of debt have lower rates of GDP growth.

Reflecting on the best allocations in the current environment, Majeed noted that government bonds were no longer a defensive asset: the downside risk of holding government bonds has increased and the negative correlation with equity reversed.

“We don’t expect government bonds to play the favourable role in diversification we would normally expect,” he said. The pension fund is currently underweight US government bonds relative to its broad benchmark, and overweight investment grade fixed income.

IFM, which only invests in corporate debt, has found valuable pickings in the sector in the wake of bank disintermediation since the GFC. Banks have ceded much of their lending in developed markets to the capital markets he said, estimating around $3 trillion of private debt is now in the hands of the capital markets rather than banks.

Moreover, the capital markets are a more efficient provider of that debt, lending to sectors banks haven’t like SMEs. Institutional investors are finding returns while companies are able to tap sources of capital, he said. IFM, a big investor in the US energy space, sees opportunities ahead in brownfield development and renewables.

Although Majeed noted the benefits of private debt, he also highlighted the challenges. For sure, infrastructure debt constitutes a defensive asset, however private assets hold illiquidity risk as opposed to tradeable government bonds.

“You can’t allocate a whole chunk of the portfolio to infrastructure debt,” he said. Even so, in recent years Majeed has increased the allocation to real assets including infrastructure equity and debt, the portfolio is also overweight cash and he has increased the allocation to stressed and distressed credit coming out of the pandemic. The private credit portfolio has a higher distributed yield than infrastructure and fixed income, reflecting a wider strategy to increase the income component of the total return component of the fund, he said.

Randall expects more (corporate) washouts to occur as economies recover from COVID. Companies that were hanging on before the pandemic and that got rescued will now face a reckoning. He also flagged the importance of a keen eye on corporate leverage levels, particularly in certain sectors. For example, service-type companies are over-leveraged, and airlines are also highly leveraged. Here he noted fallen angel opportunities as investment grade companies fall into the sub investment grade market.

He also expects opportunities to occur in markets like Australia and Asia where bank disintermediation is less developed. Debt capital provided by non-banks in the US and Europe is developed, but in Asia only around 10 per cent of debt capital is provided by non-bank institutions. He also warned investors to cast a wary eye on manager exaggeration and profile – equity-like returns in the private debt space are unlikely.

“Debt is debt… and if managers are claiming such high returns, a lot will be leveraged at the asset or portfolio level,” he said.

Randall said that the private debt market also offered a degree of hedge against inflation given the majority of loans to infrastructure are floating rate. He also voiced his concerns about changes in political leadership causing the pendulum to swing back and forth between disparate ideologies. The transition of power can have a dramatic effect on how we look at infrastructure, he said citing current unknowns in the political debate in the US around financing social infrastructure.

IFM’s investment is primarily focused in OECD countries, said Randall. Although the firm has done some deals in Latin America, the accompanying volatility didn’t get the risk premium. He also noted a supply and demand imbalance given regional banks’ role in providing capital.

Tackling the sovereign debt mountain will require either selling assets, or raising taxes but panellists concluded that their is a reluctance by political leaders to do either.

Economic growth, the most desired solution, is unlikely. It is tough to get sustained growth rates anymore, said Randall adding that a 5 per cent growth on a sustainable basis is not going to happen.