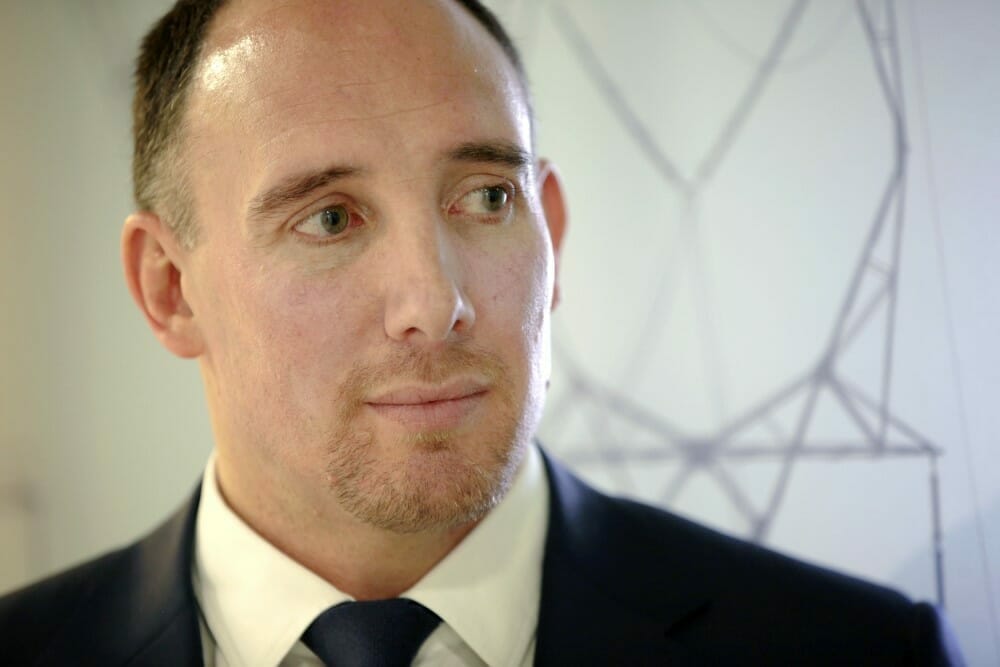 It is an essential time for investors to be clear about the cost of capital they plug into their valuation models, particularly within the infrastructure asset class, says Nick Langley, managing director and senior portfolio manager at ClearBridge Investments.

With interest rates at historic lows for the foreseeable future, the cost of capital decision is even more pronounced.

“Yes, inflation is key, and most infrastructure companies have a link to inflation in their cash flow, so they get to increase their prices by inflation each year. As a result, the valuations of these companies are positively correlated to inflation,” Langley describes.

Indeed, inflation is just one of the assumptions built into the models that infrastructure owners – both of listed infrastructure companies and unlisted assets – will be keenly watching in a world where bond rates are pinned to the floor by central banks trying to stimulate their economies.

“If you assume inflation is going to be higher in the future, then actually the valuations in this space should increase,” Langley says. “But these assumptions play into cash flows and also into discount rates. So higher inflation should also lead to higher discount rates because your future risk-free rates are going to be increasing as well.”

Discounted cash flow modelling and cost of capital decisions are most pronounced when investors consider the terminal value of an asset, Langley says. He also notes that fast-moving economic and political factors are leading to a constant reassessment of scenarios and sensitivities for cash flows.

Langley talks through some of his insights on the infrastructure universe, valuation risks and the impact of the macro-economic cycle during a podcast interview which you can listen to here.

This nuanced environment for modelling cash flows and discount rates comes at a time when pension funds globally are looking to invest more heavily in infrastructure as the category expands and while demand for yield remains constant in a world where income is scarce.

Witness Canada’s Healthcare of Ontario Pension Plan (HOOPP) as an example of a pension plan looking to increase its infrastructure exposure. HOOPP has been late to the asset class relative to its Canadian counterparts, preferring until now to invest in real estate. The pension plan recently deployed more than C$1 billion to a new allocation that looks to execute large-scale capital commitments and co-investments with a small group of external managers, targeting capital appreciation and long-term cash flow.

“Infrastructure is a key asset that will replace some of those bonds just not yielding us the returns we need right now,” says the plan’s new chief executive Jeff Wendling in an interview with Top1000funds.com.

HOOPP’s infrastructure allocation aims to provide fund security and deliver returns through high-value and long-duration investments in sectors such as communications and data, power generation and transmission, energy, transportation and utilities.

There has never been a better time for pension plans that are maintaining an existing infrastructure portfolio or building new exposure to look to the listed market to understand the interplay between inflation, valuation and the concessional agreements and regulation that underpin the asset class, Langley says.

Then there’s the stakeholder engagement aspect investors in these companies and assets need to factor in, Langley continues.

“That’s how you think about longer-term cash flows and discount rates in the context of the evolution of public policy, regulation, cyclical and structural factors,” he says.

For instance, in the UK water sector, where in recent years regulators have become more proactive setting and policing operational targets, the achieved returns of poorly run companies are a lot lower than efficiently run companies.

In the past, the returns of individual companies had minimal dispersion from the industry average, Langley highlights.

But where the forces of this unique macroeconomic environment collide with regulated returns and concession assets, some “pretty thorny” issues could arise and may need to be factored into investors’ thinking.

“If you are running negative real yields for five years and you’re thinking about the customers of a utility that is trying to increase its rates at inflation, you’d have to expect the regulator to say they’re earning too much. The question becomes how do you model for that scenario,” Langley says.

“Once you get out beyond a few years, you’re in a bit of a crystal ball situation. And so you need to break the cash flows down into different components.

“You’ve got to look at how regulation is going to evolve over that time, and what implications it will have for your cash flows, what are the potential cyclical and the larger secular themes. They may be the result of public policy, or technological advances over time, like autonomous electric vehicles, for example,” he says.

Quarter to quarter and year to year assessment and reassessment of scenarios and sensitivities for cash flows make listed infrastructure a valuable accompaniment to unlisted assets within an infrastructure portfolio.

“Valuers in the unlisted world look back on what’s going on in the listed stocks and adjust the cost of capital and EBITDA multiples and growth as they assess values of unlisted assets,” Langley says.

While investors should expect more volatility in the short term in the listed market, there shouldn’t be a trade-off investing in listed over unlisted infrastructure in the longer term, according to Diana Zinurova, who until last month was director of manager research, Australia at Willis Towers Watson.

“’Over the longer-term is an important factor because a lot of investors look in the shorter term and see similarities in equity sectors in terms of volatility of returns,” Zinurova says.

“For global listed infrastructure you should still expect consistent high dividends, long-duration assets with stable cash flows often regulated or backed by monopolistic market positions as you would expect in unlisted as well as lower correlation with equities and other equity sectors over that longer-term horizon,” she says.

Both Langley and Zinurova point out that the specific definition of the infrastructure category will play a role in determining volatility and returns profiles.  So-called ‘core’ infrastructure will have slightly different risk-return characteristics to investments in companies and assets where categories are stretched towards real estate or data centres. Meanwhile, ESG considerations are also shaping the risk-return profiles of infrastructure companies too.

In developing its new infrastructure investment strategy, the Canadian fund HOOPP considers ESG matters across all investments, and targeting strong risk-adjusted returns in combination with appropriate ESG characteristics is one of four key elements in its strategy.

“Investors don’t just need to have an ESG policy, it’s a question of whether they are walking the talk and what they are doing to live up to that policy,” according to Cambridge Associates’ global head of real assets, Meagan Nicols who says ESG and impact is most obviously captured in renewable investment.

In recognition of its growing importance, the Clearbridge Infrastructure investment team has just improved its in-house ESG research.

“In the last couple of years, we’ve done a lot more internally to ensure that we have comparability across sectors and regions,” concludes Langley. “A large amount of the current E, S and G issues flow into cash flows where we run scenarios on things like the direction of public policy vis a vis climate change. While cash flow analysis has always been in our ESG framework, we have evolved our process on risk pricing as data sources have become more reliable and companies’ disclosures more transparent in this regard.

“We are now driving this additional layer of risk-pricing from the investment side of the business.”

Infrastructure has a legacy of being linked to both immediate economic growth, in its ability to create jobs and generate earnings, and also longer-term growth.

And as governments and investors look for solutions to “build back better” and stimulate growth in the global economy, infrastructure will play a big part. And according to KPMG the green infrastructure opportunity will be a big feature of that.

Trading off the volatility of earnings and returns between listed and unlisted infrastructure is purely a time frame consideration, both Langley and Zinurouva agree.

“Through the cycle, you’d expect infrastructure to have more stable earnings and less volatility, that’s what you want from your infrastructure portfolio overall,” she says.

For institutional investors willing and able to take some volatility in the near term, daily tradability can open up more options for tactical allocations through the listed market, Langley points out.

The current coronavirus crisis has exposed many weaknesses, one of them being the chronic under-investment in social infrastructure in most countries – developed and emerging. So what can be done to make this more attractive for investors and meet the need?
Georg InderstApril 20, 2020
View more articles