Home>COVID-19>Marks: is it time to be aggressive? 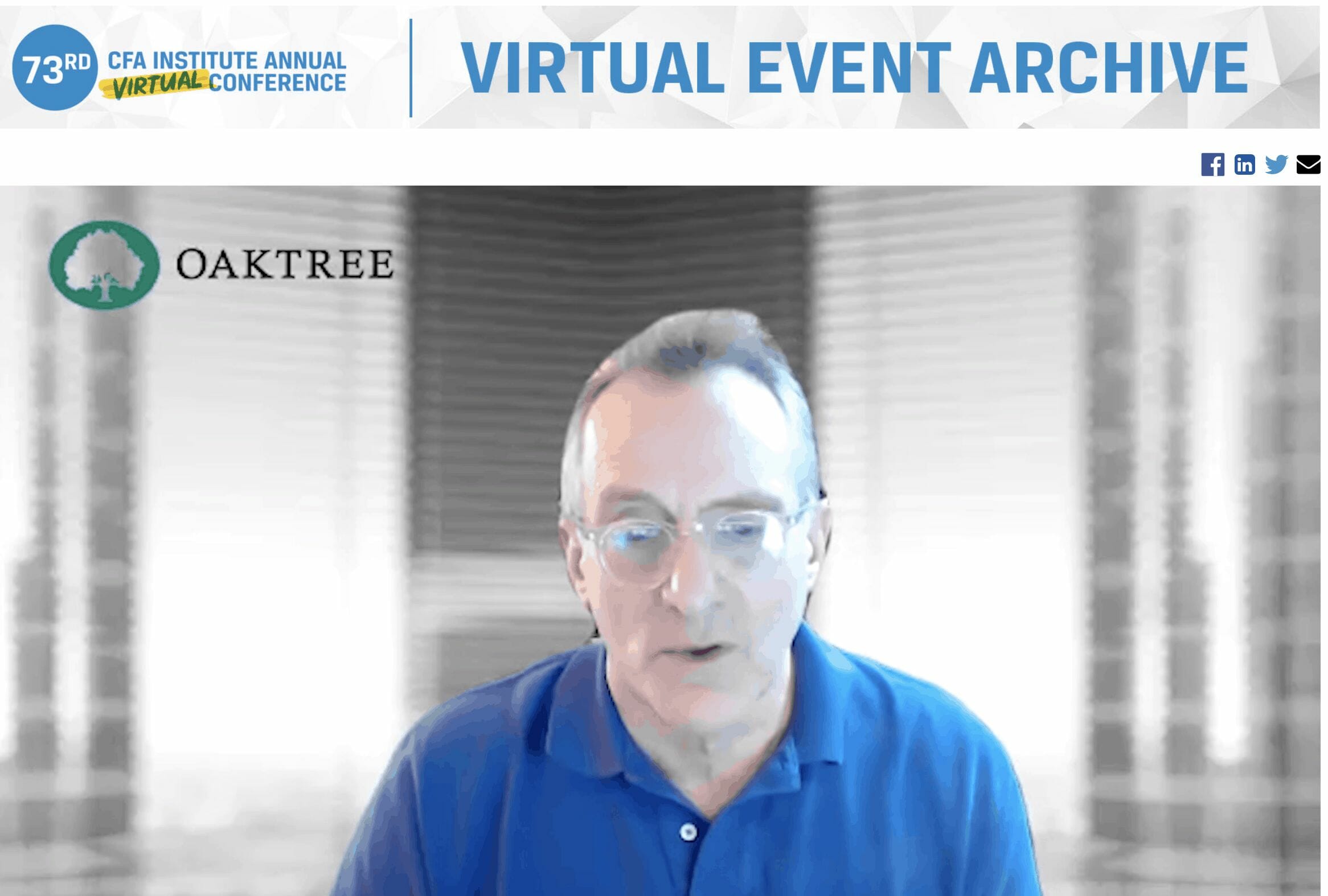 Toggling between aggressive and defensive allocations is the ‘greatest single thing an investor can do’, if they can do it appropriately, according to Howard Marks, whose own allocations have become more aggressive.

“To be a good investor you have to have confidence. You have to have views and put them into action,” the co-founder of Oaktree Capital said during an interview as part of the CFA Institute virtual conference.

But while confidence plays an important part in investing, Marks also said there is no clear line of delineation for when confidence becomes hubris and stubbornness. So, he concluded, it is important for investors to build in a margin of safety in investing, and that can come from many different places such as the quality of the company, the predictability or stability of the industry, the firmness of the documentation around the investment, or the lowness of the price.

“Investors should calibrate the confidence in the investment by how much margin of safety there is,” he said. “At Oaktree we become more aggressive when we believe there is a greater margin of safety – which is largely from the discount of price from the intrinsic value. When we start seeing things sell well below their intrinsic value that’s when we turn aggressive. I’d say we are a cautious company, we are in risk asset classes, but are cautious. But when we go through these crisis and prices collapse relative to long-term intrinsic value we throw off our caution and become incredibly aggressive.”

Marks said the distressed debt world does reach extremes periodically and his team has learned, and profited, from the cycles it has already lived through.

Being contrarian, he said, means by definition outperformance is to think and behave differently from others.

“You have to be more right than others are, and that has to come from correct idiosyncratic decisions. To do so you have to depart from the crowd, that’s the importance of contrarianism.”

“They are two beautiful words – comfortably idiosyncratic,” Marks said. “In our industry being too far ahead of your time is indistinguishable from being wrong and that’s where the discomfort comes from.”

While Marks believes that paying attention to where a market is in a cycle is the best indicator of what is coming next, the market today is not part of a normal cyclical occurrence.

“We have had an outside influence to which I have argued the markets have been vulnerable for some time. But it finally arrives in the first quarter of 2020, and knocked the market for a loop. But this was complicated by the fact in order to combat the virus we put the economy into a deep freeze and again Treasury is supporting the economy in unprecedented ways,” he said. “This will play out over the next several quarters, if not years.”