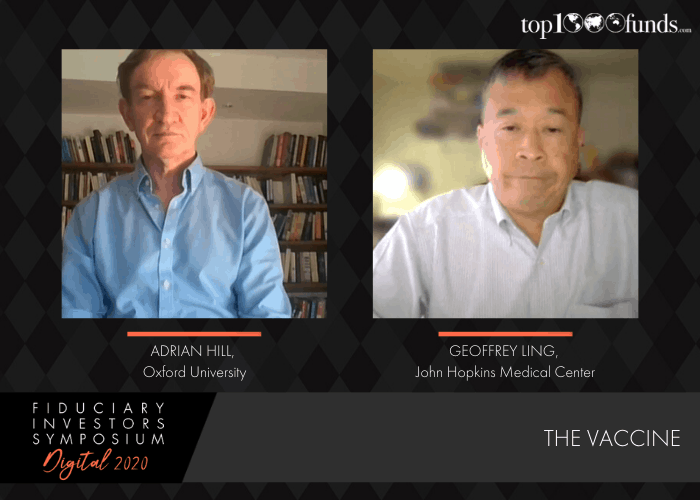 The only solution to the problem of COVID-19 is a vaccination. Oxford University’s Jenner Institute is one of the organization’s racing to provide a vaccine, and it’s director Adrian Hill believes the Institute could have cracked it by year-end.

Sometime later this year a vaccine for COVID-19 should work, predicted Adrian Hill, a vaccinologist and director of Oxford University’s Jenner Institute. Speaking at FIS 2020 Digital, Hill said that the development of a COVID-19 vaccine by the Jenner Institute, one of the organisation’s racing to develop a vaccine, swung into rapid development in January. Since then it has been tested on animals and is now in its second human trial in the UK where 6000 people have been given the Covid-19 vaccine and 6000 an irrelevant vaccine.

“It’s moving along well,” he said, telling delegates there have been no safety issues in the people vaccinated, and the trials haven’t been stopped.

“If ours works, several other will as well,” he said adding that the process isn’t competitive. The number of people to vaccinate means no one company has ever made a vaccine on this scale before. It would be surprising if by the end of the year there wasn’t good evidence that one or more vaccines was working, he said.

However, he cautioned that the vaccine might not be successful first time, and that success might involve a combination of vaccines or multiple doses. As well as UK and US participants in the trial, the drug is now being tested in Brazil, where infection rates are rising.

Hill also noted the willingness of funders, governments and companies to invest money at risk. Drug maker AstraZeneca, which will manufacture the Jenner vaccine in multiple countries, has already started making billions of doses even though it is still unproven.

Lots of money has been spent at risk because building up manufacturing and distribution capacity now will save money via the economic benefit of having a vaccine, he explained.

Although Hill noted the philanthropic drive of the drugs companies, saying “no one is seeking to make a profit,” he said finding a cure is an important showcase of vaccine technology.

COVID-19 has not caught the medical community unaware, said Geoffrey Ling, MD, founding director of the Biological Technologies Office of DARPA and a professor at John Hopkins Medical Center.

COVID-19 has been around for years, harboured in the animal kingdom.

“A biological event is not one and done,” he said.