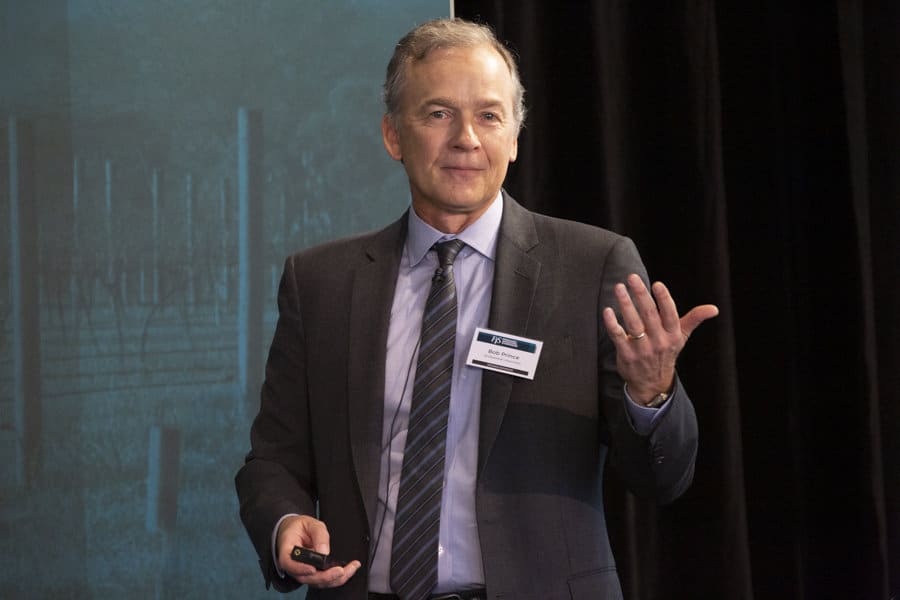 Bridgewater Associates, the world’s largest hedge fund, has identified a $27 trillion hole in global corporate income from the outbreak of the pandemic.

Co-chief investment officer Bob Prince said the hedge fund had built programs that run macroeconomic conditions through company income statements and balance sheets that identified the global shortfall in income as well as the winners and losers from the downturn. He was speaking at Investment Magazine’s Fiduciary Investors Digital Symposium from his home in Connecticut.

“To then translate that into equities and to bonds is going to be very important,” Prince told delegates. “That hole in income is going to be filled unevenly. Some companies and some countries will feel the impact much more; some governments will be able to deal with it better than others. There is a massive differentiation inside the system.”

Prince warned of a duration mismatch between the time frame of when the pandemic may be brought under control and the “staying power” of company balance sheets and fiscal support from governments. According to the co-CIO, it is estimated that between 60 to 70 per cent of the population will need to have developed an immunity to COVID-19 either through a vaccine or by having caught it.

He also cited countervailing forces in the financial system between falling cash flows –  as a result of the collapse in income –  and the abundance of liquidity coming from government measures to stave off a severe economic downturn. Fiscal policy, while replacing lost income, was not replacing the drop in spending.

Prince estimates that for every dollar that policymakers inject into the system, just 50 cents was being spent with the rest used for debt reduction.

As for monetary policy, Prince noted that of the $6 trillion that the US Federal Reserve was printing as part of its latest round of quantitative easing measures, $2 trillion supported the government’s fiscal policies with the rest underpinning financial markets. He said economic recovery would likely come in two stages – an initial “pop” as social distancing measures are reduced, and then a “slow grind” upwards as the unemployment rate slowly normalised from levels not seen since the great depression.

And because of the increased indebtedness of countries going into the pandemic, Prince said that the growth rate would be not too dissimilar to the period between 2000 and 2008 which saw a gradual decline in the US jobless rate at around half a per cent a year. By way of comparison, the US jobless rate soared to 14.7 per cent last month and during the peak of the global financial crisis, was between 8 to 10 per cent.

“So much depends on what happens with the virus and what happens with medicine,” he told delegates. “It will be literally the trade-offs that society makes between mortality and the economy. Massive amounts of uncertainty mean you really can’t make any predictions with any confidence.”

As for investing in the stock market, Prince said there would be a “massive differentiation between industries and companies.” He added that a 10 per cent unemployment rate could cause a decline in company earnings anywhere between 90 to 10 per cent.

The hedge fund manager also reiterated his positive stance on the Asia bloc – a group of eight countries that actively trade with one another and China – and roughly contribute to global growth about two and half times that of the US and Europe. He noted that the pandemic had only reinforced the divide that already existed between the two trading blocs, which created opportunities to further diversify portfolios.

Prince also said that unlike the US or Europe, Asia still had more levers at their disposal to manage its economy with interest rates not yet at zero and with more room to do QE. He added that an independent monetary credit system was driving Asia’s economic engine from China.

Elsewhere, the hedge fund manager said his team is focusing on companies with long duration cash flows. He named Microsoft as one example of a firm with little debt, fat profit margins and a strong balance sheet with the “ability to absorb the collapse of income for a period of time.”

“If you have a long stream of cash flow you can more reliably look to what is the valuation of this asset with a five, 10, 20-year time frame because they can last that long and leapfrog over this environment,” he said.

Investment Magazine is the sister publication of conexust1f.flywheelstaging.com, both are published by Conexus Financial.