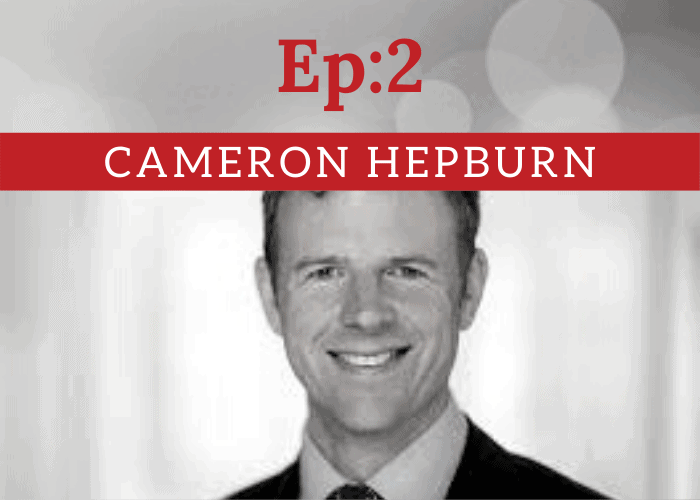 In this Fiduciary Investors Series podcast Amanda White talks to Professor Cameron Hepburn,  Professor of Environmental Economics, and the director of the economics sustainability programme, at the University of Oxford.

They discuss: some of the more recent energy innovations; and the ideal price on carbon; as well as what is needed to move to a net-zero carbon economy.

Importantly Professor Hepburn discusses the role of finance and the need to recognise that both the finance and climate environments are complex adaptive systems, and that backward-looking analysis is not appropriate for adequate risk management.

“We need to get out of the old paradigms,” he says. “Even the concept of the Black Swan, doesn’t really help us to capture the fact these distributions are not bell shaped, or fat tailed or non-normal distributions. These are interactions between parts of the economy that are shifting the distribution altogether. So these things that are supposed to be a 1 in 10,000 event become the mean because you’ve shifted the distribution.”

He ends by offering some advice to institutional investors on how they should be including climate risks and opportunities into their investment decision-making, and the best way of doing that.

For further reading go to The Smith School of Enterprise and the Environment, Oxford University

Cameron Hepburn is the Director of the Economics of Sustainability Programme, based at the Institute for New Economic Thinking at the Oxford Martin School. He is also Director and Professor of Environmental Economics at the Smith School of Enterprise and the Environment, a Fellow at New College, Oxford, and a Professorial Research Fellow at the Grantham Research Institute at the London School of Economics.He has published widely on energy, resources and environmental challenges across a range of disciplines, including engineering, biology, philosophy, economics, public policy and law, drawing on his degrees in law, engineering and doctorate in economics. He is on the editorial board of Environmental Research Letters and is the managing editor of the Oxford Review of Economic Policy. Cameron’s research is often referred to in the printed press, and he has been interviewed on television and radio in many countries.Cameron provides advice on energy and climate policy to government ministers (e.g. China, India, UK and Australia) and international institutions (e.g. OECD, UN organisations) around the world. Cameron began his professional life with McKinsey, and has since had an entrepreneurial career, co-founding three successful businesses – Aurora Energy Research, Climate Bridge and Vivid Economics – and investing in several other social enterprises, such as Purpose and Apolitical. He also serves as a trustee for Schola Cantorum of Oxford.

Amanda White is responsible for the content across all Conexus Financial’s institutional media and events. In addition to being the editor of Top1000funds.com, she is responsible for directing the global bi-annual Fiduciary Investors Symposium which challenges global investors on investment best practice and aims to place the responsibilities of investors in wider societal, and political contexts. She holds a Bachelor of Economics and a Masters of Art in Journalism and has been an investment journalist for more than 25 years. She is currently a fellow in the Finance Leaders Fellowship at the Aspen Institute. The two-year program seeks to develop the next generation of responsible, community-spirited leaders in the global finance industry