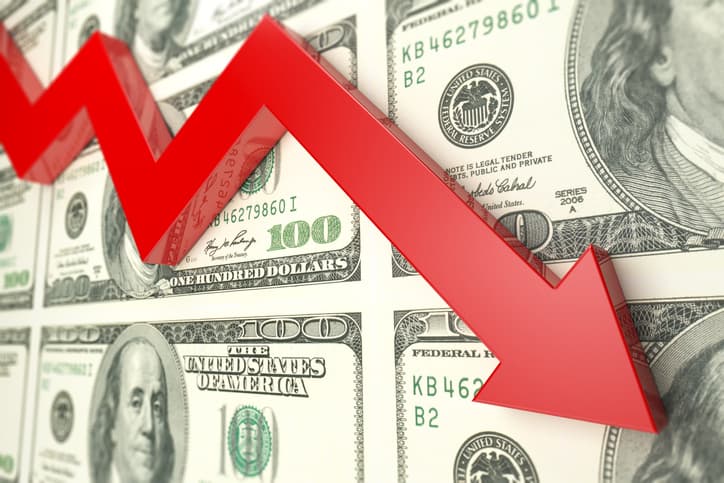 There is a 70 per cent chance a recession will occur in the next six months, according to a new index measuring the state of the economy that uses a statistical method first applied to analysing human skulls.

The KKT index, named after is creators Will Kinlaw, Mark Kritzman and Dave Turkington, can put a value on the likelihood of a recessionary or growth period over three, six and 18 month periods.

The index diagnoses the condition of the economy by measuring variables considered by the authors to be vital signs, and whether they are more closely associated with the values that prevailed during past recessions or periods of robust growth, and then converting that data into a likelihood.

The economic variables, or vital signs, the authors use are: industrial production which is a proxy for output; nonfarm payrolls, measuring employment; return of the stock market; and the slope of the yield curve, considered by many to be one of the best indicators.

“We can synthesise these four variables into a likelihood of recession,” says Will Kinlaw one of the authors and managing director of State Street Global Markets.

The index uses the Mahalanobis distance, which was originally introduced in 1927 to analyse resemblances in human skulls among castes in India. The authors have since used it in their research for different applications including financial turbulence and foreign exchange markets to observe unusual correlations in currencies. It’s also been used in diagnosing disease and research to correct self-driving cars.

In this case, the index can measure the distance a particular set of observations is from what prevails during a recession or growth period. The distance depends on the level of the variables but also on the correlation and interaction effect between them.

“What we like about it, is it converts different types of data into something you can understand,” Kinlaw says. “It’s a very powerful tool as it can convert things to common units.”

Kinlaw said the index spiked up to 70 per cent in September which was the first time since 2009 it has been at that level. It shifted up to 71 last month, and as at January 30 it is at 72.

Looking at history by comparison, the index first rose above 70 around the GFC in January 2007, and before the 1990 recession it first rose to that level in October 1989.

At the moment the main drivers of the index’s position are weak industrial production and the yield curve, and it is getting to above 70 despite the strong stock market.

Kinlaw says the index is quite simple and can be useful for policy makers and investors.

For investors it could be used for stress testing portfolios and scenario analysis. A large sovereign wealth fund is currently using it to measure the likelihood of scenarios in its stress testing, he said.

In stress testing it overcomes the problem of diluted information in volatile periods which can be seen in the typical stress testing process of using average assumptions of standard deviation or correlation.

The authors detail the research behind the index in a MIT Sloan Research Paper titled A New Index of the Business Cycle.