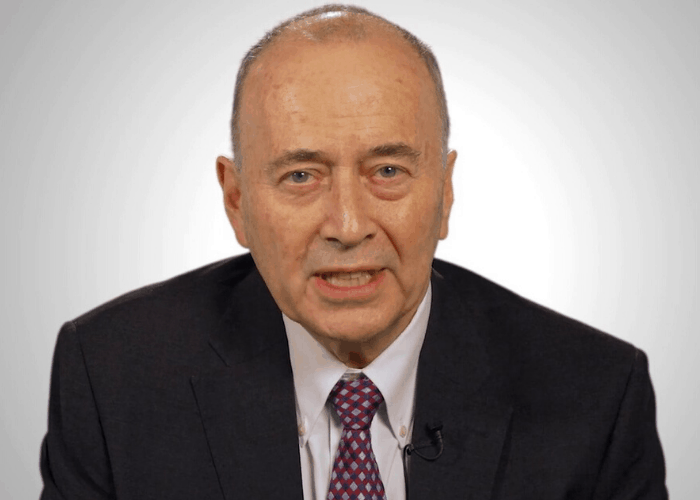 The decade ahead promises to be one in which purpose gets to be much more widely entrenched and influential. And asset owners have a role to play in the path to purposeful capitalism.

Decades reveal things that our normal yearly check-ins can miss. I would characterise the 2010’s decade as one in which investment institutions and the companies in which they invested were very focused on the financials but started to take an interest in the concept of wider purpose.

The momentum in this theme suggests that we can expect the 2020’s decade may be one in which purpose gets to be much more widely entrenched and influential.

The transition from shareholder capitalism to purposeful capitalism is complex. It is also paradoxically simple. The state we have emerged from is widely attributed to Milton Friedman’s 1970 article which mobilised thinking in corporations under a singular emphasis on shareholder value.

The supporting act in this that has played out for more than four decades has been the contribution of measurement which has been faithfully reciting the mantra that ‘figures don’t lie’. This simplification gave organisations a convenient excuse for avoiding a lot of inconvenient challenges, including fulfilling a wider social purpose.

But this allure of the measured over the meaningful has been both unhelpful and unhealthy and has resulted in an oversimplification of business realities and responsibilities. Most notably that corporations, and their institutional owners, have been drawing on a finite pool of natural resources in an unsustainable fashion. Greta Thunberg’s statement at the UN Assembly that ‘…we are talking fairy tales of eternal economic growth…’ is entirely accurate.

The responsibility of asset owners and corporations for some part of the climate-change problem is clear-cut, given their consumption of natural resources and considerable carbon footprints; past, present and future. As this becomes a stand-out issue in the 2020’s agenda – number one in my view – it will be critical for these organisations to play their part in its resolution.

Corporations’ responses to this problem, and other societal stresses, need to result in transformational changes to business models that make them purpose centred. They need to strike a new balance between: societal contribution; employee experience; and client-value proposition, while introducing into the corporate mix: more supportive cultures; integrated thinking and reporting; and value creation. The latter urgently needs to be seen in a new way where well-being, created as a consequence of purposeful value creation, ranks alongside wealth creation. A complex concept – yes, but critical to the future.

This is already out there as a concept – the US Business Roundtable, the UK British Academy, and the letters from Larry Fink,founder of BlackRock, have been arguing in this direction.

Ideally the purpose of corporations should express a cause that is resonant – engaging, meaningful, and impactful and is respectful – inclusive and serving. In moving in this direction, organisations have much inertia to overcome, notably the fundamental priorities of their stakeholders: owners, employees, clients, and society. They must settle on an alignment of collective vision and mission by socialising it deeply and widely. And they must adapt their strategies and communications to fit new priorities and the changing zeitgeist. This is massive change and it will surely take a decade to achieve the transformation, but it can be done in that time-scale.

The interpretation of fiduciary duty has been asset owners’ parallel problem to Friedman’s shareholder capitalism. It has focused substantially on measured short-term return not on sustainable long-term outcomes. A new interpretation of sustainability is needed to advance a better purpose.

In tandem, big asset owners (identified as ‘universal owners’ which own a slice of the world economy) must confront the principle that future investment returns will only come from a system that works; and will only be valuable in a world that is pleasant to spend it in. Those that do, choose a path of enlightened self-interest that supports the financial system, and its components, through an evolution to purposeful capitalism. This is also critical soft-power leadership for the corporations they own.

The 2010’s launched the asset-owner master class. I would cite Adrian Orr at New Zealand Super and Hiro Mizuno at Japan’s GPIF as two particularly inspiring leaders of highly progressive organisations that have laid the foundations for more purposeful asset-owner practices.

A Harvard Business School case study of the GPIF – should a pension fund try to change the world? – is the best example, in my view, of universal ownership principles in action. Hiro Mizuno is seen as the stand-out favourite of all their case studies and there is broad agreement that pension funds armed with universal-owner thinking should try to change the world and might well be successful. This conclusion is really encouraging.

The above exemplars herald an emerging string of leadership – and impact-minded asset owners that, in the 2020s, can bring greater purpose, well-being and wealth into the lives of four billion savers and investors and to the other four billion or so people on the planet that are downstream from their actions.

The simple reality is that these hugely influential organisations, in shining a light on a stream of problems, can reveal them as a torrent of opportunities. They are too important to fail in this mission.