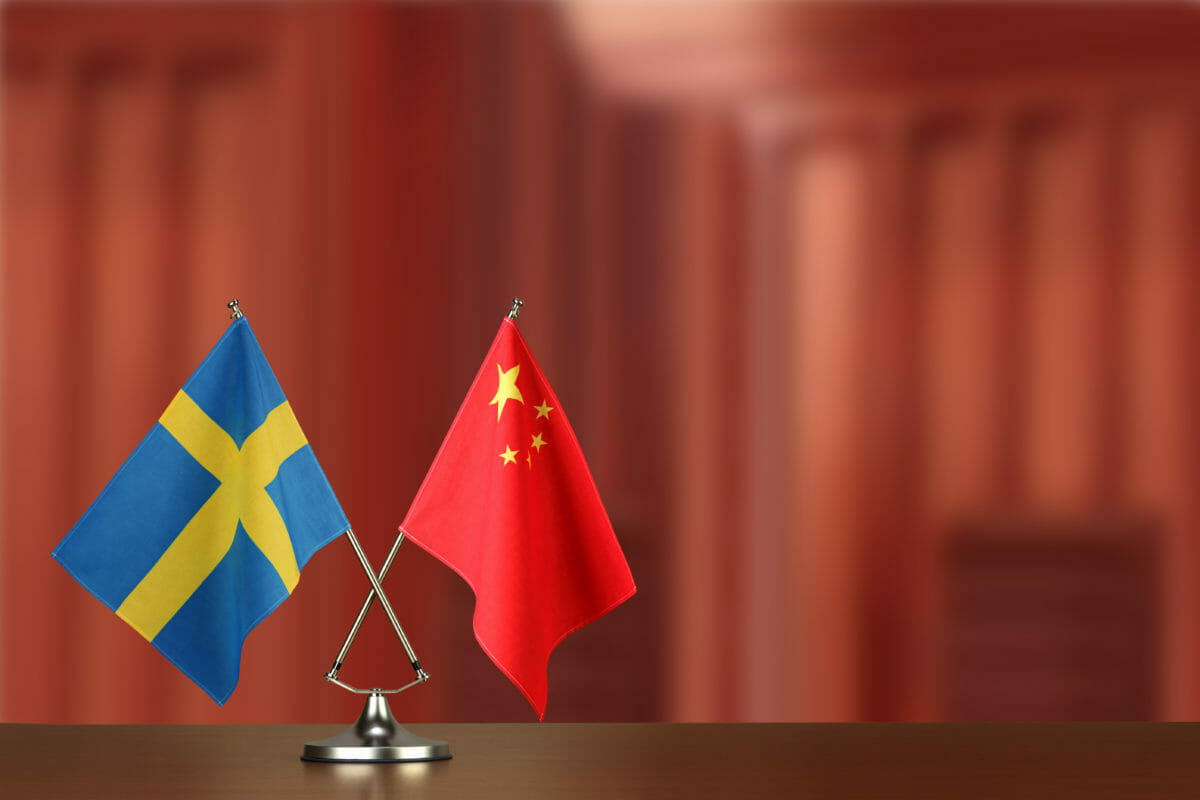 In the next of this new regular series, we examine the relationships that evolved as Sweden’s AP2 decided to invest with local managers in China. The story examines the process for choosing and monitoring Chinese managers, and the burgeoning focus on sustainability in that market.

Swedish fund, the SEK345 billion ($39.1 billion)AP2, jumped straight into the deep end when it decided to invest in China six years ago. At that time it mandated 1 per cent of AUM to three local managers to run stock picking strategies in its inaugural investment in China A shares in 2013. This included a $270 million allocation to Cephei Capital Management, part of alternative manager CDH Investments.

The relationship saw Cephei’s long-term, value approach coupled with AP2’s insistence and guidance on a sustainability lens, and is a lesson on how to succeed in investing in China.

“In 2017 our allocation to China A shares returned an average alpha of 30 per cent,” says Patrik Jonsson head of manager selection, public assets at AP2. “That’s 3,000 basis points, not 30 basis points. It was quite astonishing.”

AP2’s China journey started in 2005 when it isolated five key reasons to invest. Familiar now but novel at the time, this included a desire to benefit from the structural changes reshaping the Chinese economy and the diversification benefits of an allocation to China.

The process stalled when multiples for China A Shares shot up and valuations looked out of whack; then the financial crisis struck and the whole idea was put on hold.

By 2011, A Shares were no longer trading at such a premium and AP2 applied for – and was swiftly granted – a Qualified Foreign Institutional Investors (QFII) licence and allocated a quota. It all happened so quickly the pension fund was forced to decline its first quota because it hadn’t secured managers and it couldn’t fulfil the requirement that quotas must be filled in 30 days. Given the ease of the process it remains a source of surprise to Jonsson that AP2 is still one of the few Swedish institutional investors in China.

“In early 2018 there were only four Swedish QFII licence holders able to invest in China. I have the impression that we are pretty alone in this field and that really surprises me,” he says.

One problem lies in finding a local partner.

AP2 chose six managers, although it has only allocated to three so far: APS, Cephei and UBS. It’s shortlist was whittled down from a long list of 30 in a lengthy selection process based on alignment around long-term value investing and sustainability.

For many long-term investors the high turnover among Chinese equity managers and the quick money culture is off-putting, explains Li Gang, chief executive at Cephei. He’s trying to build a different culture at the firm where clients now include Stanford University, Norway’s Central Bank and Abu Dhabi’s ADIA.

“Research analysts have an average life span of three years in our mutual fund industry. At Cephei we emphasis partnership – more than 12 of our senior staff are shareholders,” he says.

Other concerns also needed to be overcome. Jonsson, who travels to China twice a year to visit the managers on their home turf, joined AP2 in 2015 and needed to get under the skin of the three managers. But Cephei was the hardest to get to know.

“One reason was the language barrier since not all staff at Cephei are fluent in English and translators at meetings are common. I had the feeling that I was missing out on detail,” he recalls. “However, every time we met the team we grew more confident. They were on top of risk control and understood the importance of sustainability,” Jonsson says.

That detail was important given AP2’s active China strategy was a change of tack from its quant approach across its SEK113 billion ($12 billion) allocation to global and emerging market equity.

Cephei’s bottom-up strategy focuses on picking stocks in healthcare, financial services, manufacturing and companies benefiting from China’s industrialisation. Fifteen researchers propose companies for a stock pool where each is rated according to short and long-term characteristics made up of criteria like sector outlook, core competence, growth potential, and the quality of management. Based on this, stocks are classified into buckets or tiers which dictate the amount Cephei will invest.

“We can only construct portfolios from stocks in the stock pool,” says Li.

At this point Cephei’s portfolio managers take over and risk management becomes the priority.

“We are not a high growth investor. High growth demands very expensive valuations that we don’t understand and can’t justify. We focus on value and growth at reasonable valuations,” says Li, who became a convert to long-term, value strategies and their ability to generate alpha when he was running the equity sales desk for China’s largest investment bank China International Capital Corporation. He left in 2006 to set up the CDH offshoot Cephei Investments and run public equity allocations for QFII clients.

Put to the test

It wasn’t long before Cephei’s long-term, value approach was put to the test. In late 2014 / early 2015 Chinese equities rallied more than 50 per cent, driven by the bank sector and high beta names. Cephei ignored short-term trading pressures and the small, speculative stocks but it caused the manager to significantly underperform.

Then it was AP2’s turn to show its commitment.

“I wasn’t with AP2 at the time, but I can imagine my colleagues at the fund would have felt the stress of allocating to China in a benchmark agnostic way and one year on, seeing significant underperformance,” says Jonsson.

As it was, the experience helped cement the relationship on both sides:  AP2 was reassured that Cephei stuck to its principles and did what it had said it would, and AP2 proved that when the going got tough, it wouldn’t jump ship to a better performing manager.

“They supported us at a difficult time and that is precious capital in China,” said Li.

In a sign of AP2’s growing confidence, Jonsson extended the benchmark agnostic approach to give the managers even more freedom to deviate from MSCI’s China index and expand its alpha hunting grounds. AP2 also increased it’s A Shares allocation to 2 per cent of total assets under management.

“It didn’t’ really make sense to limit them on tracking error because we were asking managers to ignore the benchmark,” says Jonsson who ensured thatall three were involved in setting the new risk limits which included a heightened focus on concentration risk to ensure diversity.

“Because we had their feedback and input, they couldn’t come back to us and say their performance had been hampered due to this, or that, limitation,” he says.

Not only did that decision inform 2017 returns, it also reduced volatility. “The really interesting thing is that although all the managers have been given freedom from a risk perspective, analysis shows their strategies have less volatility than their peers or the index.”

Low volatility and high returns is one holy grail. For AP2 sustainability is another. It lies at the heart of strategy to the extent every external manager must score well to secure an allocation, in a process that is then ongoing for its Chinese managers. The fund asks managers “constant questions” and demands a “report back” on ESG factors across all holdings on a quarterly basis. It’s a process that Jonsson explains often leads to a clash of manager opinions where the portfolios overlap.

“We don’t judge whose right or wrong; it’s interesting to hear different views on the same topic,” he says.

Although Cephei won the mandate for its grasp and willingness in the area, it wasn’t something the manager had spent much time on before. Nor is it easily applied to Chinese A shares.

“AP2 pushed us on ESG and at the time it was like a foreign concept in the China A share market,” Li says.

But Cephei’s lead on sustainability has made its relationship with AP2 unique. Jonsson says that the manager’s engagement with portfolio companies is taking the ESG message to the China A share market, where many firms have weak scores because of poor disclosure, for the first time.

In a sign of its commitment Cephei has put new resources and frameworks into sustainability, like establishing an ESG committee with representatives from the firm’s risk management, research and investment teams. It is also working with MSCI, recently meeting with the index provider to learn how it can beef up its approach.

“We also gave them our thoughts and feedback. It wasn’t a one-way presentation but a very productive, thought provoking discussion,” says Cephei’s investor relations head, Frank Fan in a nod the manager’s growing expertise.

“It’s all about attitude; we don’t think ESG is a reporting burden. We believe that ESG helps pick better companies and makes better investments. We are very proud of playing an instrumental and constructive role in the China A shares market,” Fan says.

Jonsson goes further, believing that the manager has carved a niche that will allow it to draw much more capital going forward.

“They are at the forefront of Chinese managers adopting ESG. It will help them attract more capital from institutions like ourselves,” Jonsson says.

Neither are worried that growing competition will crimp the success they’ve had. MSCI has just announced the intention to increase the weight of China A shares in its indices from 5 per cent to 20 per cent, and as China’s market becomes more efficient at allocating capital and pricing risk, so it will get more difficult to generate alpha.

It’s not going to happen tomorrow, says Li who predicts ample room to outperform in the years to come.