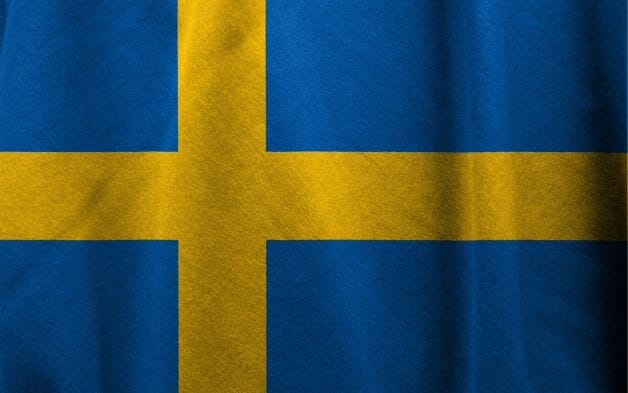 Swedish buffer fund, AP2, has incorporated Paris-aligned rules into its benchmark construction for global and emerging market equities. This year it turns its attention to Swedish and Chinese equities. The moves come on the back of the best-ever half year return for the SEK421.2 billion fund and its lowest ever costs.

AP2 is one of the originals, a long-time ESG investor that has sustainability at its core.

It started to divest from fossil fuel exposed companies in 2014 with a rationale they were not appropriately priced, due to policy risks not adequately considered when valuing firms.

“We would go through our exposures using our metrics for which companies have the largest mispricing, and so where we would take the biggest financial climate risks, and we would divest from them. So we have been slowly lowering our carbon footprint over time,” CIO Hans Fahlin told Top1000funds.com in an interview.

Last year this proprietary methodology was switched over to the EU Paris-Aligned Benchmark (PAB) which resulted in about 250 divestments due to income from coal, oil or gas.

“Our own methodology was open to challenges, with some parties questioning why we were doing it a particular way,” Says Fahlin. “With the emergence of Paris-aligned benchmarks it was very attractive because it’s a credible third party deciding how portfolios should take it into the account. It’s scientifically-based and provides a glide path to net zero.”

Applying the EU rules to the construction for the fund’s proprietary smart factor indexes was a big endeavour on the data front. But the result is the fund has effectively exited the energy sector.

“Our view is that policy is coming or is already there. The carbon price now in Europe is quite high, higher than it used to be. Firms with high carbon-emissions need to do a lot to change. To the extent that is fully priced, I don’t think it is,” he says. “In the long run we will be investing in low emission companies and they will do better in the future.”

The global credit portfolio, which makes up 11 per cent of the fund, is also Paris-aligned, and also has a smart beta index.

AP2 has been an active member of the green bond market, participating in the first ever green bond, issued by the World Bank.

Also on the sustainability side, AP2 is one of the few investors in the world to publish a second report on human rights in accordance with the UN Guiding Principles’ Reporting Framework.

The report describes its method of identifying companies involved in human rights controversies which the fund then engages with. Ultimately they may be excluded from the portfolio and this year it resulted in a number of countries excluded from the emerging-market bond index.

AP2 has an astonishing low MER of 0.11 per cent

The Swedish fund’s mandate is to maximise the benefit to the pension system and also operate in an exemplary manner.

“This is well aligned with that,” Fahlin says.

This year the fund is working through the Swedish equities portfolio, but there is almost no energy companies in the index and Swedish firms are very aware of emissions issue so the portfolio had a low footprint from the start.

At end of the year it will look at Chinese A Shares, where it has invested since 2013 and has a 2.5 per cent allocation, with the goal of a 2022 Paris alignment.

“We have exited the energy sector in China already. But we want to be a bit more granular because we don’t want firms that are doing the right thing to be divested. So we need more data and to setup processes to verify data.”

In the past year AP2 has invested in infrastructure for the first time. Fahlin says the team has looked at the asset class a number of times over the past decade and in the past decided the investment thesis doesn’t hold for it purposes.

“What we see when we look at the asset class in general you either have to take more risk or you don’t get a lot above fixed income,” he says.

However when the focus of sustainability came into play the asset class looks more attractive.

“On the sustainability side the story is a bit different because we have this huge transition that needs to happen and we expect a lot of demand for capital in the area,” he says.

So the fund has made a specific allocation of 2 per cent to sustainable infrastructure and in the last year has invested about 0.5 per cent.

“Our thinking is we will contribute to the decarbonisation while making good returns for the pension system, it’s a win/win and we see lots of good opportunities here.”

AP2 has invested in renewable energy like wind farms and solar, with Fahlin citing the investment in San-Francisco based Generate as an example of the interesting opportunities.

It acts as an intermediary between clients that want to have a renewable power source and the firms that produce the energy generating equipment.

“It means the user of the equipment doesn’t need to buy the equipment, they buy the stream of future energy delivery,” he says.

The fund has also created a joint venture with other AP funds and invested in a Swedish-based initiative to create a big European battery producer.

“Producing batteries is very energy intensive, we are going to use renewable energy to produce the batteries. It’s quite an opportunity and we have a huge factory being built in the north of Sweden.”

For the first half of 2021, AP2 returned 10.2 per cent which was the best ever half-year result for the fund.

Like many investors, private equity was the main contributor with a 39.7 per cent return.

The fund’s Swedish and global equity portfolios in developed countries achieved returns of 22.3 per cent and 17.2 per cent.

Assets are largely managed inhouse, with the exception of illiquid assets where the majority is with external managers. All of the Chinese equities exposure is also external.

“Swedish citizens have the right to demand we do what we do in a very efficient manner, and we are very cost conscious,” he says.

Looking forward, Fahlin says the asset allocation – and the modelling of the interaction between the economy, pension system and asset returns – is a continuous process.

“I think if you asked me the most probably future change I would say sustainable infrastructure will increase in its allocation,” he says.

The fund is also slowing increasing its private equity exposure which currently sits at 6.5 per cent.

This was capped at 5 per cent via legislation until 18 months ago when the new restrictions constrained allocations to less than 40 per cent in illiquid assets.