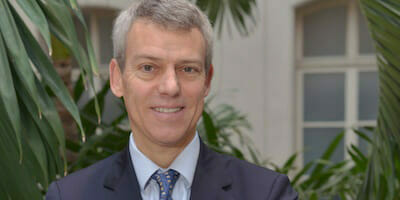 For the first time since 2010, the €36 billion ($41 billion) Fonds de Réserve pour les Retraites, France’s pension reserve fund, will not take on more risk in its asset allocation.

Since its asset/liability modelling in 2010, the fund has added risk every year, resulting in the return-seeking portion of the portfolio shifting from an allocation of 38 per cent in 2011 to 55 per cent this year.

Now, FRR executive director Olivier Rousseau says the fund will not increase the return-seeking proportion of the portfolio, instead keeping the split static at 55/45 (return-seeking and hedging).

“Each year, we have been able to put more risk on the table, and that’s been a constant approach,” Rousseau says. “But this year, when we revised the strategic asset allocation, we recommended not taking any more risk. We think the state of the global markets doesn’t warrant taking more risk.”

Rousseau and the team at FRR say “good quality credit is massively overvalued”, especially in Europe.

“We have a real fear that inflation will show up in the numbers more than it already has,” he says. “And there are odds interest rates will be higher. We hated and still dislike rates but, at the same time, equities are expensive.”

He says the US equities market, in particular, is expensive, and while there is some value in Japan, emerging markets and the eurozone, there are also risks.

“On balance, we don’t want more equity risk,” he says. “We are emphasising more diversification and that could mean more illiquid assets.”

The fund’s allocations are built around its requirement to pay out €2.1 billion ($2.4 billion) to French public debt manager Caisse D’Amortissement de la Dette Sociale (CADES) each year between 2011 and 2024. This was a result of the French pension reform in 2010. At that time, FRR created a hedging portfolio and a return-seeking portfolio, which includes equities, venture capital and diversifying assets, including real estate, commodities and emerging debt.

Within the hedging component, the allocation is 15 per cent Treasury bonds and 30 per cent investment-grade credit, mostly in the eurozone. The fund has reduced duration by shorting US Treasuries and German Bunds, and has “significant shorts on US investment-grade bonds”.

Within equities, the fund looks to diversify beta and has a significant factor exposure that makes up roughly half the allocation to passive, or about 15-20 per cent of the return-seeking portfolio overall.

FRR is very low cost, with total expenses, including manager fees, of about 20 basis points.

Rousseau says the portfolio may be affected by pension reform again soon, as more is due in France next year.

“This might change dramatically in a year, when pension reform is finalised, and we could be less asset/liability driven and more assets only,” he explains. “Our net present value of liabilities is 50 per cent of assets, so there is no issue of solvency now.”

Out front on ESG

FRR is a leading player in ESG integration and was one of the first funds in Europe to incorporate climate change into its portfolio, initially as a risk-management exercise.

“We decarbonised the portfolio because our conviction was the endgame can’t be anything else but governments waking up and putting a price on carbon,” Rousseau says.

The pension fund has developed a low-carbon leaders index with MSCI, Swedish pension fund AP4 and asset manager Amundi. It is addressing the decarbonisation of its smart-beta mandates.

In addition, FRR has small- and mid-cap mandates focusing on ESG momentum, a small mandate for thematic funds in the environment, infrastructure funds targeting energy transition and, in the second quarter of next year, will launch an impact-investing mandate in global equities, excluding emerging markets, that will target the environmental and social aspects of ESG.