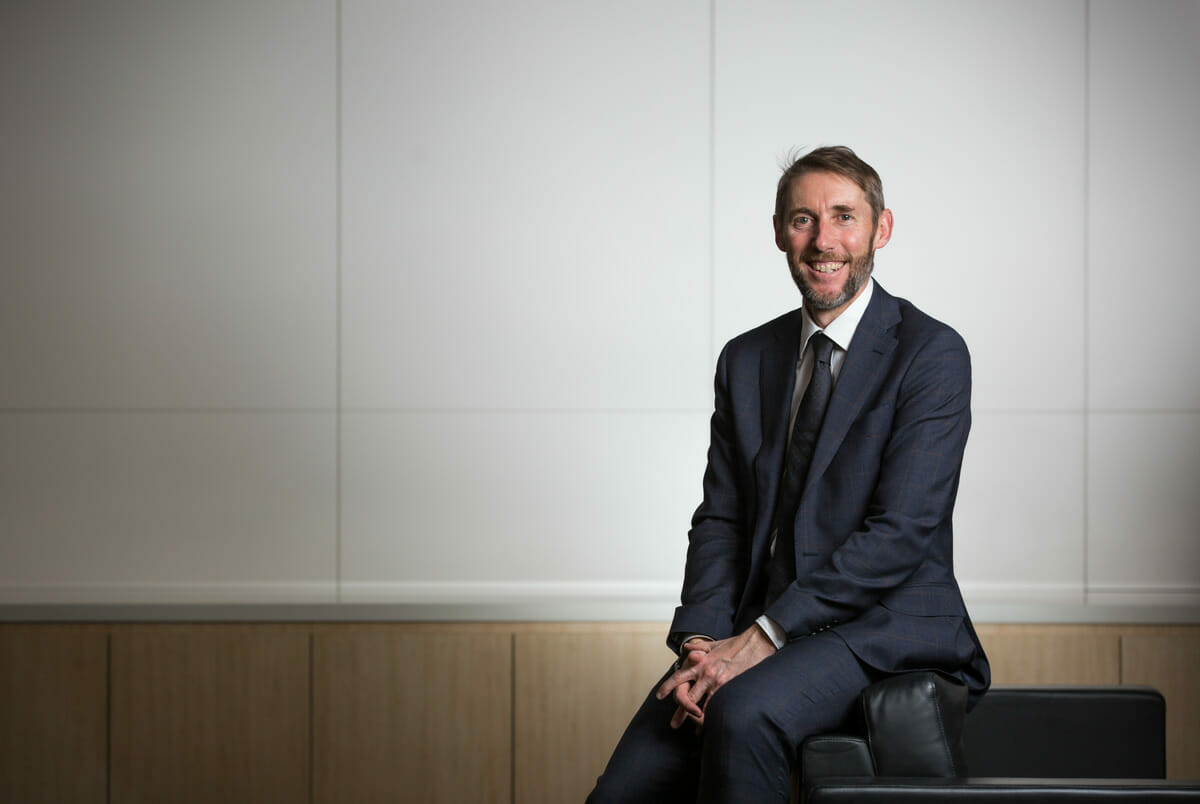 Damian Graham, the CIO of First State Super, considers his position unique. He is responsible for the management of A$70 billion ($49.4 billion) in accumulation assets but he also has dual oversight of A$25 billion ($17.6 billion) in retirement assets.

That second number is only set to grow as more Baby Boomers finish their working lives and prepare to enjoy the fruits of their labours. By some estimates, Boomers make up about 25 per cent of Australia’s population but own more than 50 per cent of the country’s private wealth.

The assertion that the nation is on the verge of the biggest intergenerational wealth transfer in history is almost ubiquitous, with more than $3 trillion expected to move between Baby Boomers and those to whom they choose to pass their money within the next 20 or so years.

“Even among very large funds in the marketplace, very few have anywhere approaching that sort of size of retirement assets,” he says.

“It really does create, for us, a unique opportunity and responsibility to continue to evolve in the way we’re investing for the retirement phase.”

When Graham joined First State Super, which was established in 1992 as a profit to-member fund open only to NSW public sector employees and their families, he was responsible for its accumulation and pension assets and also for the investment assets, as a result of the acquisition of StatePlus in June 2016.

In August 2017, the investment teams of First State Super and StatePlus were combined to leverage greater size and expertise at managing assets in accumulation and pension phase, for both advised and self-directed members.

Graham says Sydney-based First State is a business that is now built around “retirement investing”.

In the accumulation phase, its default-style products are three-quarters growth assets such as equities. The fund also defines its property and infrastructure assets as “growth”. Graham says there is also a “good component” of hedge fund-style investments, plus traditional defensive assets such as fixed income and cash.

For the pension-style strategies, Graham says, the total assets end up being “broadly half defensive, and half growth”, and he is keenly aware of the sequencing risks associated with retiree cohorts. “The great opportunity we have as an investment function is that we feel like we have real scale in both accumulation and pension. Whilst that’s the way the industry is heading, most funds don’t have critical mass in their pension assets,” he says.

“That makes us a little bit…different. Historically, the First State portfolio itself has come from being…a little bit more of a vanilla-type portfolio, so quite a lot of assets in listed securities, to one [where] we’ve progressively been building up more unlisted securities over the last five years.”

First State has a 75-strong investment team, which Graham plans to expand, and uses Willis Towers Watson as its asset consultant. He adds that the fund also makes use of esteemed global consultants who specialise in pensions.

Ashby Monk, research director of the Stanford Global Projects Center is one such specialist with whom First State Super has consulted. Another is Gordon Clark now director of the Smith School of Enterprise and Environment at the University of Oxford, where he is an adviser to companies on issues such as long-term environmental performance.

“These gentlemen have consulted to our fund over time to help us consider some of the challenges that face larger asset owners,” Graham says. “We feel like the system’s going to keep growing. We’re well placed to continue to grow as well.”

“We’ve drawn our team from all sorts of backgrounds, certainly investment banks, fund managers, consultants, specialist advisers, academia,” he says. “We have some people who have come to us directly from finishing PhDs. We’ve built up a quant team in the last few years, we have certainly leveraged people coming out of academia.”

First State Super also uses the services of between 40 and 50 investment managers, a situation Graham says will remains stable, despite the fund’s increasing interest in investing in a range of unlisted assets.

“We have had a change of a few managers…but our expectation is we won’t get to a position of having all the money internally managed or externally managed,” he says.

Graham says when he joined from Macquarie he felt that the fund, and other funds, were “at arm’s-length” from investments, meaning there was less transparency around costs, which could “lead to less-positive outcomes”.

“Most super funds have traditionally been outsourcing in their investment management. With that process, you don’t have the day-to-day visibility of what’s happening in the investment markets. You’re not having conversations with market participants the way you do if you’re dealing directly in securities.”

“We’ve certainly been building up strategies in equities, in the credit markets, in direct property, direct infrastructure, that have really availed us of much deeper information,” he says. “Also [this gives us] a much greater set of opportunities to be able to drive what we think are better portfolio opportunities, outcomes and scale benefits, through lower fees over the long term”.

After its inception in 1992, First State Super opened its doors to all Australian retirement savers. Its 2011 merger with Health Super made it one of the country’s largest super funds. It now manages money on behalf of 800,000 Australians.

Since 2012, a range of new investments have allowed the fund to move from what Graham terms more “vanilla assets” to unlisted or alternative assets in both its First State Super and StatePlus portfolios.

It has expanded its definition of real assets, which have traditionally been toll road or CBD office building exposures, as those types of assets have become more expensive.

“We’re trying to be quite flexible in our thinking around what we’re seeing and how we define real assets,” he says.

This has led to a range of newsworthy investments. A recent example was the fund’s successful bid to operate Victoria’s land titles and registry functions, in which First State paid A$2.86 billion ($2 billion) for a 40-year concession to operate parts of the state’s registry business.

First State made its first move into this burgeoning asset class in April 2017 as part of the Australian Registry Investments (ARI) consortium, which was the winning bidder for a 30-year concession to run New South Wales’ land registry business – the country’s largest.

“When you think about those, they’re not a traditional infrastructure asset like a toll road or a port; they really are somewhat unusual,” Graham says.

Other recent transactions First State Super has been involved in include backing the potential of the build-to-rent sector, partnering with property giant Lendlease to set up a $1 billion  investment platform to fund developments across the US.

Last year, First State Super also became one of the first pension funds in the country to secure a Qualified Foreign Institutional Investor (QFII) licence, allowing it to invest in Chinese stocks listed on mainland markets.

“Certainly, in the last 12 months or so of investing there, we feel it has proven so far, in the short term, to be a market with greater alpha opportunities than average, because of lower levels of efficiency,” Graham said earlier this year. “We’ve seen very significant alpha for our listed A-shares exposure.”

Graham is also supportive of comments made recently by IFM Investors’ Garry Weaven, who said industry super funds could potentially partner with banks, which are facing pressure from looming lending restrictions emanating from regulatory change.

It is something he says could become a “prospective marketplace”.

“The changing global bank regime and the way that’s affecting the big four banks in Australia is something that we’re benefiting from…We’ve made six direct loans to date and we expect to continue,” he says.

And what of the possibility of a super fund owning 100 per cent of a business? Graham says, “There certainly is the potential over the longer term. We think it’s a great virtuous circle around us being able to invest in areas of the economy, communities where our workers live and retire.”

Kotkin weighs in on geopolitical risks