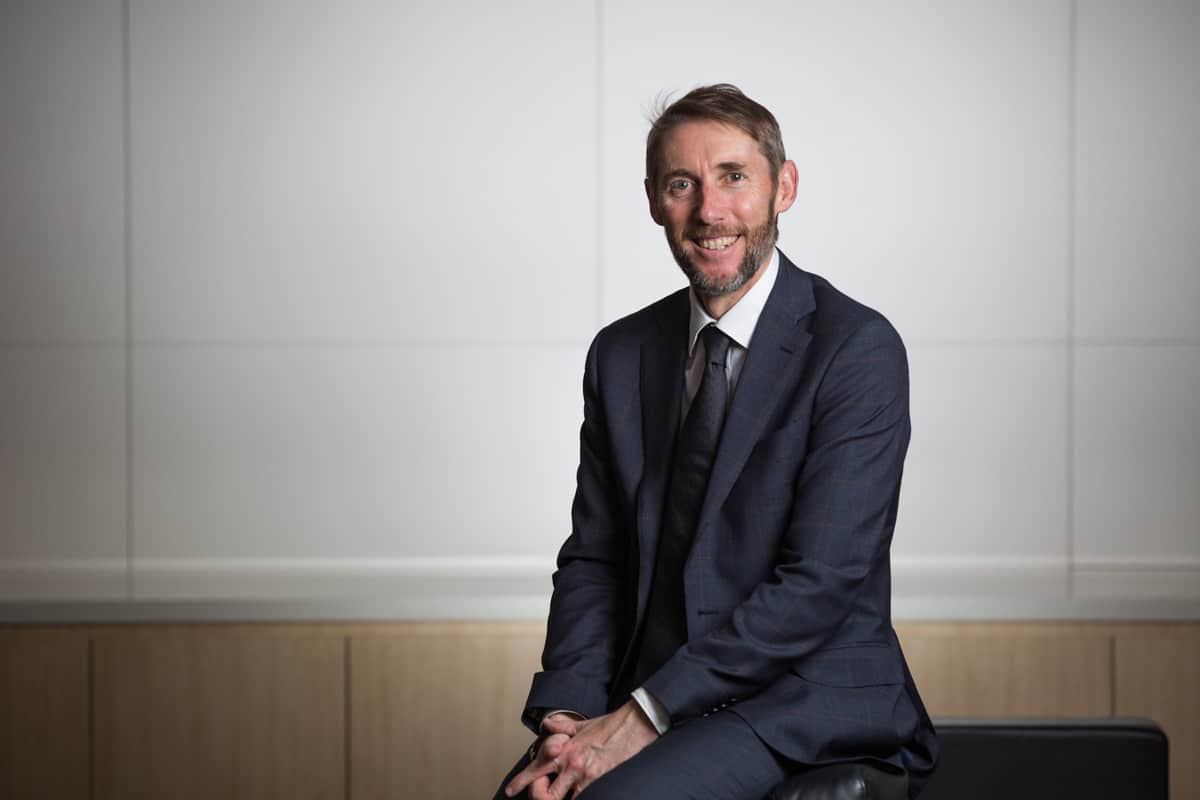 A decade of ultra-low rates and mediocre growth does not mean that every year will yield low returns for investors, according to Damian Graham, the CIO of First State Super one of Australia’s largest institutional investors.

Graham expects to achieve a mix of annual returns ranging from strongly positive to negative over the years ahead. Put simply, he is convinced there will be a cycle of returns through a much more muted economic cycle.

“That’s where I probably differ a bit from the consensus view since I don’t buy the idea that just because you have decade of more subdued growth, you will have no returns or that there won’t be times when returns are strong,” he argues.

Neither has Graham moved to minimise portfolio risk by adopting a more conservative asset allocation strategy, despite being stuck in a tough part of the cycle. Quite the opposite is true. The CIO of the A$98 billion Australian superannuation fund is intent on getting enough risk in the fund’s portfolios for the next 10, 20 to 30 years.

“Our members need to grow their portfolios in real terms and typically have time to recover from short-term volatility. So, we haven’t adjusted portfolios too much,” he adds.

“In fact, we are making sure we are holding enough risk even though equities are not attractively priced on a near-term view.”

Over the last few years, the super fund has modestly increased illiquid asset exposures and been reducing  equities and liquid alts to do so. It has also been curbing Australian equities in favour of global equities.

Like everyone else, Graham is on the hunt for more private market assets. But he says the search is more “at the margin” since, from where he sits, there aren’t any bargains.

With bond yields being so low, some of his peers claim shares, property and infrastructure prices will inflate further as central banks around the world continue their easing programs. They are suggesting high price-earnings multiples won’t look too bad in a zero-inflation environment.

Graham agrees that valuations will initially benefit but he rejects any idea that business fundamentals look better just because bond yields are at rock bottom.

“I’d suggest that people should be careful when aggressively adding into infrastructure assets, since the price paid is always an important ingredient to the long-term return,” he warns.

Given the high prices for completed projects, whether listed or unlisted, First State Super is convinced having an exposure to developing assets is the way to go. “Can you take on some risk, develop an asset and get some value for it? That’s a theme that we continue to see as an opportunity for the portfolio,” he continues.

“We have looked to create platform style investments over recent years and we see it as a continued opportunity, although admittedly, it is definitely easier in some areas than others.”

A great example of this is the super fund’s investment in Bankstown Airport, purchased a few years ago. It is a unique land holding close the middle of Sydney and Graham reckons it should offer development opportunities for years to come.

Last year, the superannuation fund teamed up with Lendlease to develop and hold multifamily (residential for rent) assets in major US cities. The sector is valued at more than US$3 trillion and has delivered positive outcomes so far, according to the CIO.

The fund has also been considering ways to extend its investments into emerging markets and has established some unlisted exposures in Brazil and some investments in China.

Despite the potential upside, Graham goes on to say, some sectors such as Chinese infrastructure projects are currently less efficient than in the developed world. For example, he suggests that some state-owned enterprises do not have the same profit motive that most global investors do.

Despite the trade wars, Graham is still broadly supportive of China for its above average longer-term growth prospects. Anyway, the resumption of talks between President Donald Trump and President Xi Jinping, potentially granting the world economy a stay, tells Graham that the parties want to deal.

“They both want positive outcomes and for this to be settled so we think that’s where its headed, but it may take more time than we would prefer,” he said.

“China is an important market for the US, so I think the trade tensions will settle eventually although the next twelve months could be very volatile.”

The CIO calls his exposure to China “modest in the scheme of things”, although “a sizeable dollar amount.” First State Super has more than $1 billion committed across A shares and private equity.

Disruption remains a key theme. Right now, Graham is also looking to leverage the disruption of the local banking sector.

Given the higher capital adequacy and liquidity requirements for Aussie banks, Graham is taking advantage of direct lending opportunities that arise as the banks are continually forced to adjust their business model.

“The interaction with banks has traditionally focused on providing capital and liquidity. This has now expanded to include providing credit alongside the banks. That’s something we have been doing the last year or so with most of the opportunities in the mid-market on a secured basis,” he says.

“We’ve had a really positive response from the country’s top lenders, local banks and the broader market and this is resulting in some really interesting opportunities for our portfolio and our members.”

Over the 12 months, First State Super has initiated a direct lending strategy and lent  about $700 million across 9-10 loans.

This week the fund signed a heads of agreement with another Australian super fund, VicSuper to merge. The new entity will manage A$120 billion and be Australia’s second largest superannuation fund after AustralianSuper.

Kotkin weighs in on geopolitical risks