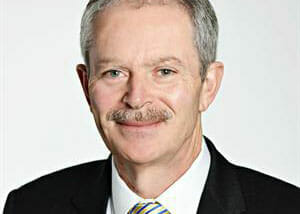 With its assets under management forecast to double in the next five to seven years, Canada’s Healthcare of Ontario Pension Plan has begun exploring new assets for its C$77.8 billion ($59.8 billion) portfolio.

President and chief executive Jim Keohane says he is assessing whether HOOPP’s existing allocations can evolve to absorb forecast growth, or if he needs to add new and different strategies to re-allocate risk. Firm decisions are still a way off, but new allocations could include assets such as infrastructure, where HOOPP doesn’t currently invest, or reinsurance, which Keohane favours because its risk/return trade-off is similar to that of credit.

If HOOPP were to invest in infrastructure, it would sit within the fund’s matching portfolio, and be treated in a similar way to real estate. Assets could include local toll roads or water infrastructure, both areas where Ontario’s Government is busy currying more investment and where Keohane sees advantages because they don’t come with foreign exchange or sovereign risk.

Still, his enthusiasm for the asset class is lukewarm. He is unconvinced that infrastructure rewards investors enough for tying up their liquidity.

“Right now, the risk/return trade-off still looks pretty unattractive to me but that might change at some point in the future,” he says. “We would do something in infrastructure if the pricing was better.”

Last year, HOOPP returned 10.8 per cent and its funded status swelled to 122 per cent. This has allowed the pension fund to increase member benefits and keep contribution levels from its 540 employers unchanged from 2004 levels – largesse most pension funds can only dream of.

Its robust health is owing to a celebrated investment strategy that Keohane, who joined the fund in 1999 and became chief executive in 2012, has done much to shape.

It rests on two portfolios: one comprises a liability hedge allocation with physical investments in nominal bonds, real-return bonds and real estate that has a high correlation to inflation; a second portfolio, designed to boost returns is made up of public and private equity, corporate credit, long-term option strategies and other return-seeking strategies that mostly use derivatives to gain exposure. HOOPP estimates that about 75 per cent of pension benefits it pays are derived from investment income.

The liability hedge portfolio is dynamically managed in accordance with interest rate and inflation risk. Witness how HOOPP reduced its bond weighting a couple of years ago when interest rates fell, lowering the interest rate sensitivity of the portfolio. The substantial rise in bond yields since has caused it to restore some of those bonds.

“There is a notion with [liability-driven investing] LDI that you buy a bunch of bonds and leave them, but this isn’t the case at all,” Keohane says. “We have brought our inflation sensitivity down and managed it more effectively.”

Recent strategy in the return portfolio has included positioning the equity allocation defensively with an options strategy that protects on the downside but also gives the fund some upside exposure.

“If we had a big sell-off in equities, we would try to increase our weighting to equity and credit, but we are being cautious at the moment,” he says.

New investments could be via partnerships with external managers or in funds, to begin with, before moving management in-house. HOOPP manages all its assets itself, apart from a portion of the private equity and real-estate portfolios.

In partnerships and co-investments, Keohane aligns interests with managers by making sure they have a significant amount of their own capital tied up in the transaction.

“We tend to be in groups where we have a dominant position; it means we have a bigger say in how things get done,” he adds.

HOOPP’s manager due diligence includes talking to the companies in which a potential investment manager has invested, and to other investors that have invested in the manager’s funds; it’s a process that can take up to a year.

“We like to hear from companies about how the manager helped them, what insights they’ve brought and the nature of the relationship they’ve had.”

At the end of 2017, HOOPP had $7 billion invested in private markets, in addition to $5.5 billion of committed capital.

Having internal management saves on fees, but Keohane manages costs in other ways, too. He says HOOPP has a deliberately narrow focus, investing only in assets that the fund “really needs to meet its obligations”, which excludes some allocations – like infrastructure.

While Canadian peers have opened offices internationally, HOOPP’s biggest move in recent years has been moving its Toronto headquarters a few blocks. But staying put doesn’t crimp access to the best deals.

Going forward, Keohane says the pension fund will continue to use its muscle to influence board diversity. Canada’s resource sector is a particularly bad laggard.

“Board gender diversity is best among larger cap companies in Canada, but when you get into the resource sector it’s still quite poor,” he explains. “Corporate boards in the resources still have the idea that everyone needs to be a mining engineer, but boards with better diversity make better decisions.”