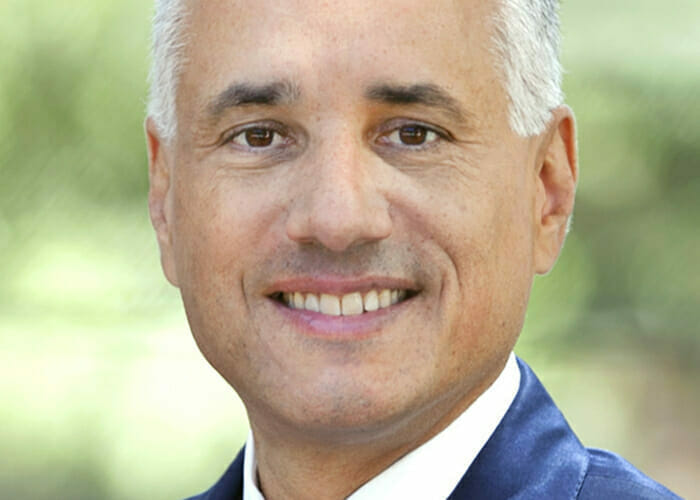 The 13 investment committee members for the California Public Employees’ Retirement System were publicly scrutinising unprecedented changes in the $26.9 billion private equity portfolio of America’s biggest pension fund. Their sense of responsibility was tangible.

“I feel the weight of this. I feel the weight it has on the pension plan but also the state and the cities,” said Dr Ashby Monk, executive and research director of the Stanford Global Projects Centre, speaking at CalPERS’ June committee meeting. “This is an incredibly important decision for the health of our state.”

Mixed in with the responsibility was a palpable frisson of excitement, as the $356 billion pension fund prepared to unleash its best-performing asset class. Private equity has averaged 10.6 per cent annually over the last 20 years and is also the only portfolio forecast to beat CalPERS’ 7 per cent return target over the next 10 years.

The new private equity strategy, now just awaiting board approval, will build an arm’s-length entity – CalPERS Direct – with its own investment staff and board, targeting long-term direct investments in private equity and venture capital to better match the fund’s liabilities. CalPERS aims to invest $10 billion to $13 billion a year, building the portfolio from 8 per cent of assets under management to 10 per cent, in an allocation that will also include beefed up emerging manager and partnership programs.

The investment committee didn’t discuss allocations to any of the specific pillars but endorsed the need for change. Members voiced their responsibility to get the structure and governance right. The first step of the process also flagged some of the challenges on the road to the slated launch in early 2019.

None is bigger than getting the large, public body to act quickly. Getting this far has already taken three years of intense review and analysis; now market conditions are driving a new urgency, as opportunities in public markets shrink. The number of listed companies is half what it was two years ago, and private equity is the only source of return capable of making a meaningful dent in the fund’s 71 per cent funded status.

“If we are not doing this today, we are going to be passed by,” CalPERS board member Richard Costigan warned.

Moreover, shifting dynamics in the private equity market make reform of the portfolio particularly timely now. The portfolio’s long-rooted and primary focus on selecting external co-mingled fund managers means CalPERS will miss out unless it adapts. Co-investment and secondary opportunities coming out of fund investments, along with opportunities to structure separate account relationships, will increase with disruption in the industry. Founders of many of the original private equity firms are retiring and succession plans will reveal opportunities for structures such as separate accounts or fresh relationships on new terms as talent spins out into start-up firms, CalPERS departing chief investment officer Ted Eliopoulos says.

“The capability to undertake co-investment and a secondary investment program at scale requires a different underwriting capability than selecting [general partners]; the ability to underwrite and invest in an individual portfolio company, or a whole portfolio of portfolio companies, is a different skillset than underwriting capabilities of a GP,” Eliopoulos told the board. “Accessing some new talent in this area is really necessary for us.”

The quicker the portfolio is restructured, the quicker CalPERS can control fees by aligning itself more directly with GPs. Last fiscal year, CaLPERS paid more than $700 million in private equity fees and carried interest giving about 20 per cent of its profits to its GP partners.

“For 10 per cent of what you spent on this asset class last year, you could operate the entirety of this investment operation,” Stanford’s Monk observed.

The board also heard that under the current structure, the ability of the pension fund to negotiate on fees is difficult.

“Our ability to sit across the table from a successful GP and insist fees are lower [is limited] when we have no leverage or basis on which to do this in the primary co-mingled fund area,” John Cole, a senior portfolio manager at the fund, said. “As we become more of a presence in direct vehicles, there is a tremendous potential for economies of scale, as we work away from the management fee towards a budget-based compensation system.”

The new structure will allow CalPERS to lower the risk of its private equity investments but still generate similar outcomes. GPs increase risk in a 2:20 fee structure to capture carry, cover their costs and meet investor returns, introducing leverage and other interesting structures, Monk explained. Because CalPERS Direct will hold assets over decades, it will help eliminate these fees, and holding companies long term will also axe the costs involved in buying and selling companies across the portfolio.

Getting the governance right will be the investment committee’s biggest challenge. Part of the process will involve setting the terms of the process for nomination to the CalPERS Direct board, determining the qualities and expertise it wants, and establishing a detailed definition of the delegations of authority. The arms-length structure needs to give CalPERS Direct the breathing space to innovate and empower success but allowing innovation and creativity to flourish in a public pension plan is difficult.

“Innovation thrives where waste is part of the process,” said Monk, quoting former IBM chief executive and chairman Thomas Watson, who said successful innovation requires high failure rates. “Are you ready to double your failure rate in this organisation? I don’t think so.”

Indeed, some board members are already concerned about the level of control CalPERS will have over the new entity, particularly since ultimate responsibility rests on their shoulders.

“How do we get the alignment of interest when there is no CalPERS board member on the board of the new entity,” elected member representative Margaret Brown asked. “The current governance structure doesn’t have any CalPERS appointees or members on the new entity.”

Other potentially sticky issues include pay. The arm’s-length structure will allow CalPERS Direct to compensate and reward staff differently to what is possible in a public pension fund and is therefore crucial for recruiting the talent required. The appeal of not having to raise funds, and CalPERS’ noble mission, will draw expert candidates, but they won’t come unless the pay is right. CalPERS staff told the committee the new entity would usher in an unprecedented level of expertise and networking capability at the pension fund, yet big salaries could be a source of unease among some committee members, who listened in the same session to persuasive arguments from the public about the role private equity firms played in the collapse of Toys ‘R’ Us. Even so, Monk touted the value in paying for talent.

“Every manager and every company will want to talk to you. You will have networks no one else will have,” he urged. “This could be a breeding ground for a new generation of investor that is thoughtful and is also incredibly commercially successful.”