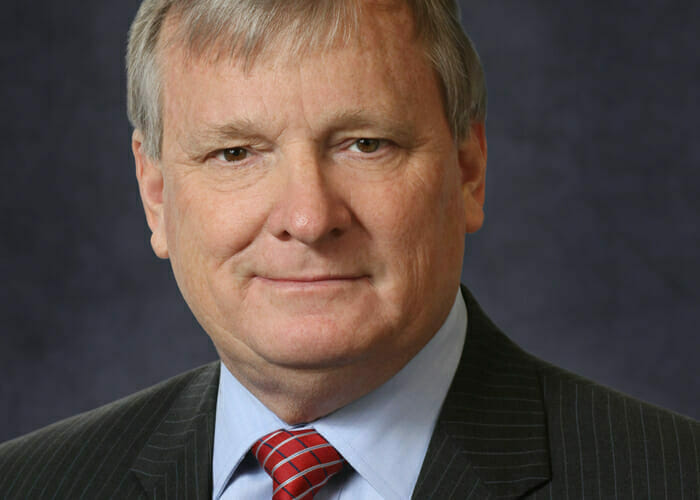 Heavy snowfall in North Carolina left a depleted team at the Raleigh headquarters of the state’s $100 billion retirement fund this month, forcing many North Carolina Retirement Systems employees to stay home. But not Treasurer Dale Folwell, sole fiduciary of the fund. He was at his desk, despite the elements.

Being directly accountable for the performance, oversight and management of the complex portfolio, maintaining its celebrated 90 per cent funded status and navigating the prospect of lower returns alongside an ageing population would be a heavy responsibility for many. But Folwell, who was elected just over a year ago, is unwavering in his commitment to the challenge.

“I’m known for raising my hand for the toughest jobs, he says. “It’s what I’ve always done, and what I’m doing here today.”

Indeed, Folwell is adamant that having just one person ultimately in charge of the US’s ninth-biggest pension fund in a sole fiduciary model – long seen as outdated in terms of governance – is preferable to a board-supervised structure. He robustly defends North Carolina’s status as one of the last US public-sector funds, along with $171 billion New York City Retirement and $32.4 billion Connecticut Retirement Plans and Trust Fund, still run by individual treasurers or comptrollers.

“I think the sole fiduciary model is directly responsible for us having one of the best-funded pension plans in the US,” Folwell says. “If the accountability for something is expanded over a broader base, you don’t get a better result.”

Likening investment to politics, he adds: “Most of the time in government, when you spread out the accountability for something, I believe you get a worse result.”

Folwell explains that oversight comes from the fact each of the six funds that make up North Carolina’s pension assets has a board of trustees whose members are appointed by Folwell and other publicly elected state officials.

These trustees’ advisory role, and their votes on key investment issues, combined with input from the investment advisory committee, is enough of a check and balance, he argues.

“I believe more funds are thinking of going this way. I get called about it all the time,” he says.

Flying without a CIO

Right now, Folwell’s responsibility carries even more weight than usual. North Carolina doesn’t have a chief investment officer. Kevin SigRist, who was in the role four years, resigned in July 2017. Since then, investment operations have been managed by two interim directors in the investment management division.

The fund has just announced its search for a new CIO, but Folwell says he won’t be rushed into hiring. With caution born from North Carolina ploughing through seven CIOs in the last 14 years, he’s convinced it’s critical to get the right person, even if it takes a while. Besides, the fund has managed without a CIO in the past.

Folwell is bringing the fund’s US passive equity allocation in-house, in a change of strategy put into action before his arrival.

“We were one of the few treasuries in the US that didn’t have this capability,” he says.

So far, $100 million of the $12.5 billion portfolio is internally managed, but this will be extended to the whole allocation through 2018.

This allocation, plus the 29 per cent of the fund that’s in investment-grade fixed income, are the only internally managed portfolios. It’s an outsourcing strategy shaped around “letting managers do their job”. Rather than delve into the intricacies of particular portfolios, Folwell makes sweeping references in describing the plan. It “always looks through the eyes of the average participant” and prioritises “reducing complexity and bringing value to participants”.

It’s a big-picture focus and Folwell has key targets in his sights; none more so than management fees.

In 2017, the fund cut its fees by $60 million and is targeting a potential savings of $250 million over the next four years, from both internal passive equity management and reviews of its managers. Last March, Folwell terminated six equity managers running a total of $3.3 billion in active mandates that had collectively earned $17 million in fees during fiscal year 2015-16.

“When I took office, there were recommendations in the queue for active managers who had greatly underperformed expectations and their benchmark to go,” he says.

Hidden fees in allocations to private equity, hedge funds and real estate are next.

“I am not sure that all our fees are included in our fee schedule,” he says. “I think there are certain contracts that are written in such a way where the fee doesn’t show up as a fee.”

Folwell has faced criticism that he’s been slow to reinvest the money and make new commitments, missing out on the continued equity bull run and eroding what he’s saved in fees. Except for one $250 million real-estate mandate, he didn’t make any investments through 2017.

He responds that his predecessor, Janet Cowell, invested a record $6.6 billion in 2016, leaving the pension fund with $11 billion of uncalled capital at the start of last year.

“It was my duty to understand and evaluate those investments during my first year in office, on behalf of the public workers who rely on the pension fund,” he says.

His evaluation has left him determined to take managers to task over the lack of visibility around undeployed capital in alternatives.

He’s also readying for another battle. In coming months, Folwell will reduce North Carolina’s assumed rate of return (ARR) for the second time since he took office. He cut it from 7.25 per cent to 7.20 per cent last April.

“I don’t think it’s being loyal to my participants to assume something that we have not achieved, on average, over 17 years, and I don’t expect us to achieve over the next 17 years,” he explains. The pension fund has returned 5.3 per cent a year over the last 10 years.

Lowering the assumed rate of return is made difficult by the fund’s healthy funded status.

“The better funded you are, the harder it is to adjust the ARR downwards. If I reduce my ARR 5 basis points, it costs the General Assembly [the state legislature] in excess of $70 million a year,” he explains.

Folwell insists he is not planning any changes in the current asset allocation, where the focus remains on growth assets.

Breaking down the portfolio

North Carolina’s 2016 annual report states the fund has a 58 per cent target allocation to growth assets, comprising public and private equity, non-core real estate and opportunistic fixed income. Public equity – targeted at 42 per cent of assets under management – is divided between US, non-US, global and hedged equity strategies.

Diversifying and inflation-sensitive assets account for 11 per cent of AUM, divided between natural resources and real assets. Investments span energy, agriculture, and infrastructure and real assets, include royalty-paying ships and aeroplanes.

It’s an asset allocation that will soon be informed by 20-year data on returns for the first time. Even though some of North Carolina’s pension funds date back to the 1940s, 2018 is the first year the investment division has had 20 years of data available.

“We are trying to figure out how to sustain this plan for the next 20 years, and it’s good to have a rearview mirror that goes back” that far, he says.