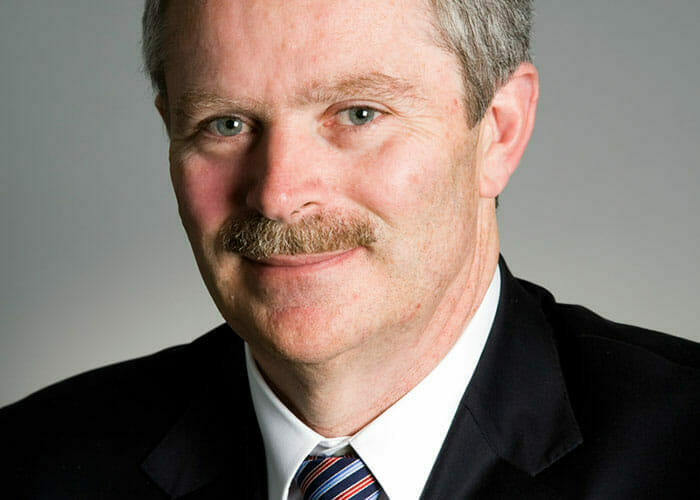 “We view ourselves as a pension delivery organisation, while a lot of other funds see themselves as asset managers. Asset managers generally measure risk in terms of market volatility or drawdown in capital, but our mantra is to deliver on a pension promise,” says Jim Keohane, president and chief executive of Healthcare of Ontario Pension Plan, HOOPP.

“We define risk as based on factors that may impede our ability to write that cheque 25 years from now, which would include additional factors such as changes in the purchasing power of our assets, caused by changes in interest rates and inflation. We don’t benchmark ourselves against returns, we aren’t this type of organisation. Measuring against returns does not give a full picture of whether or not you have succeeded.”

Success, for Keohane who has been at HOOPP since 1999, is better measured by the glowing funded status at HOOPP, up to 122 per cent from 114 per cent in 2014, despite all of last year’s economic uncertainty.

Its liability driven investment, LDI, comprises two investment portfolios: a liability hedge portfolio, designed to hedge the major risks that would impact HOOPP’s pension obligations – namely inflation and interest rates – and holding assets which perform in a manner similar to its liabilities, and a return seeking portfolio designed to earn incremental returns and bring diversification benefits.

Within this structure, strategies at the fund are as noteworthy for what they include, as what they don’t – like the absence of any allocation to infrastructure in the liability hedging portfolio.

“Sure, infrastructure has long-dated and inflation hedging characteristics similar to real estate, but infrastructure also has sovereign risk and regulatory risk. We have invested in infrastructure in the past,” Keohane says.

He prefers real estate, with its high correlation to inflation. The 12.5 per cent allocation returned 8 per cent last year, despite a currency hedge.

The absence of infrastructure is not only informed by the risk of governments acting against stakeholders, but also by Keohane’s belief in the value of liquidity and always having enough on hand to be in a position to buy at points of distressed selling.

“Liquidity can be valuable at various points in time. For example, in January if you had liquidity you could take advantage of this,” he says referring to the sharp fall and subsequent rise in asset prices six months ago. “Liquidity is a trade-off. If you are going to consider tying it up in illiquid assets you have got to be sure you are getting a premium for this. The pricing of infrastructure today doesn’t hold sufficient risk premia: private equity can if you are in the right deals.”

Other current themes at the fund include absolute return strategies in the foreign exchange forward market where HOOPP is exploiting odd pricing anomalies. Keohane also plans to increase the fund’s allocation to real-return bonds relative to nominal bonds. He also sees opportunities in credit, structured credit and credit derivatives, where uncertainty around new financial regulation within the Dodd-Frank Act has left opportunities.

“The spreads here are wide, relative to what we’d expect and are not relative to the credit fundamentals. There is an absence of ownership, a sense of being in no-man’s-land. Some of these things are priced favourably against the risk.”

Opportunities as well as challenges

Confused credit markets, and banks exiting traditional business because of capital charges, are some of the areas where new regulation brings opportunities. But it is also raising challenges, particularly for HOOPP’s heavy derivative use and dependency on banks’ ability to act as a counterparty.

The trend among banks to exit high balance sheet usage, low margin businesses is starting to reduce liquidity in the repo market, with banks “shedding repos off their balance sheets.”

Although HOOPP can address this through central clearing, it involves the fund changing its model and sets it on a challenging road.

“Dodd Frank creates problems for us as a derivative user in terms of how we do deals and exit them. Central banks understand the challenges but the regulators are marching on.”

HOOPP’s strategy relies on in-house management and cutting edge technology in an organization where of the 600 staff, 250 reside in the IT department, with Keohane having a 60-strong investment team.

“There is no way we could keep this low if we were outsourcing. Many of our strategies involve the efficient management of our balance sheet, but the outsourcing model doesn’t allow this. With an in-house model, we can also dial risk up, and down, and we can move money across asset classes; and if you’re outsourced this is more difficult and expensive to do.”

“If you outsource to another party they won’t tailor what they do to you. They tell you what the service is and you can either give them money, or take it away.”