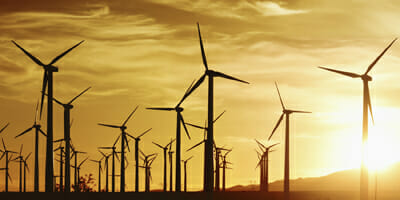 Spurred on by its vocal student body and a rich ESG precedent it’s no surprise that the $91 billion University of California is leading on climate change investment.

“We thought about our beliefs and realised that climate change matters because it will impact our investments over the long term. We can’t afford to sit idly and see our returns harmed over time,” said Steven Sterman, senior portfolio manager at the fund, offering advice to other funds starting their own climate change journey and speaking at PRI in Person 2015, part of the UN-backed initiative to encourage responsible investment.

The University of California now perceives climate risk as mainstream. And it is not afraid to change what it owns in its portfolio and divest from companies that lack “good long term economic prospects.”

The fund also seeks to influence behaviour by being an active and engaged investor “because if we are going to solve these issues we need to get large corporations to change how they behave.”

The University of California also invests in “solutions” by investing in companies that are tackling climate change, and by acting with its peers. “We are not going to be able to change anything by ourselves. We work with like-minded asset owners and other investors.”

Helen Wildsmith, head of responsible and ethical investment, at the £6 billion CCLA, the UK’s charity fund manager independently owned by its clients which include the Church of England, began addressing climate change in earnest in 2012 with a new climate change policy emerging this May.

“Leave yourself enough time to go through the process,” she warns, describing the fund’s path. “We saw climate change as a real risk to our portfolio, particularly the risk of assets stranding.”

Strategy is primarily focused on tough engagement with companies, specifically in the oil and gas sector where Wildsmith has had unprecedented success through the “Aiming for A” investor coalition.

“If companies in the energy sector don’t respond to engagement overtime we will divest,” she says.

Launched in 2012 to engage on climate and carbon risk with the 10 largest extractives and utilities companies in the FTSE 100, the group has already affected change at BP and Shell, both expanding their annual reporting and additional transparency around operational emissions management in the wake of shareholder pressure.

Now she wants to take the battle further afield. “We are looking at how to take the ripple to Chevron and Exxon in the US,” she says. “We are also puzzling through the right next steps for the diversified mining groups listed in London, as well as looking at how to extend the concepts to auto, banks and insurance sectors.”

In 2012, climate change at Australia’s A$32 billion HESTA Super Fund became a separate policy within its ESG strategy in a reflection of its importance, says Robert Fowler, executive manager, investments and governance, at the fund.

“We’d rather engage with companies and affect change.”

Nevertheless the fund has put restrictions on its thermal coal investments across the entire portfolio.

“We were being contacted by NGO’s; the Australian government started to tax carbon and there was a tipping point in our research,” says Fowler explaining the thinking behind the strategy. “There was a real risk of stranded assets but we also wanted to send a signal to the market. This was a signal to local players that they shouldn’t expect superfunds to invest in big coal projects.”

At HESTA, investing in climate change solutions includes wind farms and other infrastructure, as well as venture capital funds. “It’s all about putting capital to work to solve the problem,” he says.