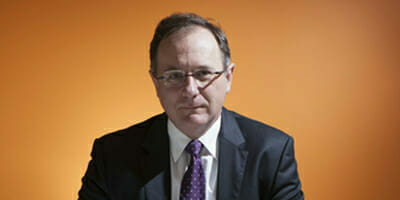 The $26 billion Australian super fund, Sunsuper, is investing in an increasing amount of exclusive unlisted asset deals. Chief investment officer David Hartley says the difficulties of banks in Europe in particular have led the fund down the path of increasing the amount of debt investments in its unlisted exposure. Much of this has been in distressed debt.

There is a view that a mid-sized fund has optimal economies of scale and stealth in manoeuvre and the ability of anything larger to outperform is dulled. But it is hard to believe that is the case when listening to David Hartley enthuse on the opportunities coming the way of a $26 billion fund. Indeed, Sunsuper might be said to act like a bank or at least a private equity firm in its ownership of unlisted assets, such as the recent majority takeover of the Adelaide based Discovery Holiday Parks.

The advent of Basel II and III has meant private equity, infrastructure and property developers often do not get access to the same readiness of capital from banks. This leaves opportunities for large institutional investors to partner with them. Such deals deepen existing business relationships, not least because it helps managers avoid having to partner with competitors.

Hartley describes the leverage Sunsuper gets. “For some of those deals we help get off the ground you can get a zero fee. [Managers] would prefer to give that opportunity to their good clients, if it means they can do the deal rather than share with another private equity firm. We had one co-investment where we put $15m in and within two months we got back $45m.”

Given such windfalls, it is easy to see why Hartley foresees creating more co-investment relationships, but he is at pains to point out that all are measured on the basis of their relative attractiveness to a listed asset.

“When we look at an unlisted asset, ‘we say what are we replacing?’, ‘what would we have the money in if we weren’t in it?’.”

As well as these opportunities there are more conventional long term private equity deals. In February, Sunsuper announced it had become the 98 per cent owner of Discovery Holiday Parks, a company with 30 sites in Australia.

Here, Sunsuper had initially been a partner with private equity firm Allegro, taking just 28 per cent of the shares. Once the company’s debt issues were sorted out, Allegro and the other investors sold their shares to Sunsuper, while management bought the remaining 2 per cent.

Sunsuper has known the management team at Discovery for quite a while and Hartley says they are appreciative of having a long term institutional investor behind them.

Here, responsibilities extend to hiring an executive search firm to find independent non-executive directors to oversee the management  and to liaise with Sunsuper. Under the governance policy of the Sunsuper, its staff cannot sit on the board of an investee company.

In place of banks

Hartley says the difficulties of banks in Europe in particular have led the fund down the path of increasing the amount of debt investments in its unlisted exposure over the last couple of years. Much of this has been in distressed debt (secondary loans), which has provided an impressive 16.7 per cent return per annum since 2004. Here, established relationships with firms such as Oaktree and Loan Star, who are specialists at assessing the security behind bank loans, has been key.

These managers take over bank loans that are viewed as being at risk of default. They make an assessment of the worth of the company to whom the loan has been made and then make an offer to the bank of less than the nominal value of the debt. This is done on the basis that the bank is often willing to realise a loss in return for the certainty of receiving cash they can then recycle. The fund manager then goes to the borrower and offers to walk away from the debt, if the company can pay back a percentage of the debt that reflects the company’s worth.

Hartley is wary of new managers in this space. “You are better off sticking with those who know what they are doing and are very practised at it. Many people who are sticking up their hands right now are not going to cut it.”

Hartley forsees further involvement in the co-investment space, not least because it is a way of stripping out some of the fund manager profits from its overall fee budget.

In common with other big funds, he is aware that the bigger they get, the bigger the profit that fund managers can make from increased funds under management. Or as he puts it, “it does not cost twice-as-much money to manage twice-as-much money”. Funds such as AustralianSuper, REST and Unisuper have taken some management in-house, but Hartley thinks partnerships with managers will provemore profitable in the long-term.

“Setting up an internal team is one way for us to harvest the benefits of scale, but it is good to focus your team on where the most value can be extracted. “Smart partnering” and getting co-investment opportunities is probably a better long term route.”

One of the smart wins from co-investment is the way it educates internal teams on how deals are constructed, allowing them to ask smarter questions of their other managers. If the deal is offered to them on an exclusive basis, they are also given greater time to assess it. Another advantage is greater transparency from more detailed due diligence.

“You get really good insight into how managers are approaching these things. There is a knowledge transfer that is permanent,” he says.

Hartley defends the nature of these deals from anyone who might think they pose a higher risk. He cites the greater transparency on the accounts and the business, such as the interest rates paid on their loans, the internal modelling of cash flows, insights into customer bases and knowledge of transactions as all giving a better indication of an asset’s true value than one listed an exchange.

“Who is to say that that modelling is any worse than the last traded price on a listed stock? Arguably I would say a good valuer has got a better idea of the price,” he says.

Sunsuper at a glance