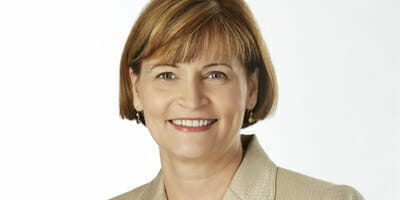 The evolution of the $43 billion QSuper’s offer to all members is definitely not at an end.

In fact, Rosemary Vilgan, chief executive of QSuper, sitting in the board room of QSuper’s on the top floor of its Brisbane office, archly states: “I keep saying to people you should not work here if you do not like change.”

The continued innovation is driven by the events of 2008 when some members saw their account balances drop by 30 per cent  – an arguably more traumatic, or atleast dramatic, event for QSuper than other funds.

Higher than average member balances, around $140,000 currently, means QSuper members lost more, its members having built up contributions long before most other plans came into existence in  Australia in 1993. QSuper celebrated its 100th birthday in 2013.

The GFC forced some to delay their retirement and QSuper staff were on the end of a certain amount of bitterness and awkward conversations, a moment etched in Vilgan’s memory. So much so, that she riles at those who look sunnily on the return to more healthy investment markets of late.

“That is the thing that is making me angriest at the moment is when you hear the popular media say it is great, we are out of the GFC, long term returns are back.  Real people actually experienced that dip.”

QSuper has rejigged its members, and subsequent investments, into eight cohorts with different levels of investment risk, which come into effect this month, but will evolve as the fund gathers more information about its members.

The groupings of members are currently based on what data the fund already has on file; their age, account balances and salaries. As the fund learns more about its members’ personal wealth and planned retirement dates then more groupings may emerge.

In theory, QSuper would like to offer tailored solutions for all its 500,000 members in the manner of the theory espoused by Professor Robert Merton through the firm Dimensional Fund Advisors, but says it is impractical to employ for 500,000 people. Vilgan says she admires Merton’s ideas and muses that it could be put into the “suite” of member options.

In the meantime, the eight cohorts will be updated and adjusted in reaction to changes in the cost of living for pensioners, the age pension, Centrelink benefits, interest rates and the prices of staple items.

“People with lower investment balances got a lot out of Centrelink. So if budget changes Centrelink benefits we will change calculations,” says Vilgan, who along with chief investment officer Brad Holzberger shares the distaste with the fascination some hold with funds’ asset allocation decisions, believing such cost of living measures are often neglected.

While these changes are in train, QSuper is already thinking further ahead by exploring how to build new retirement products, particularly in those that pay out if a member lives until 80 or beyond.

One idea that appeals to Vilgan is a form of long life insurance for which members pay a premium from age 50 onwards. This would build up an investment that might be held in CPI linked infrastructure –  at the very least it would be less conservatively invested than an annuity.

Unlike an annuity, the eventual payout would be a lot freer from the vagaries of markets on the day it was paid out. In this model members would live off savings and Centrelink benefits between the ages of 65-80, before receiving their payment.

“One of the advantages is that you know how long that money has to last,” says Vilgan who believes members probably underspend to budget for the eventuality of living beyond 80.

The product she proposes would pool investments and would pay back a member’s estate if they died before 80, a sum equal to their contributions. If they live long enough to draw on it they would get the pooled investment returns that have accrued.

Part of the reason for the interest in such products is the aversion many savers have, in particular QSuper members, to purchasing annuities.

“One of the biggest downfalls in normal annuity purchase is giving up $50,000 in one hit and the fear of not living long enough to get that money back,” says Vilgan.

The take up of the white-labelled Challenger lifetime annuities has been “very quiet” admits Vilgan, who does not state a figure of purchases, but says it is less than 100 and at best in the 10s. It has not been an ideal time to purchase as market conditions have led to falling annuity rates, though she thinks members behaviours need to change too.

“We probably need to think of ways to guide members to a deferred annuity or a pooled product into income stream accounts.” She muses on whether part of the projected 12 per cent contribution into super could be allocated towards an income bearing product in retirement.

In the above model of a long life ‘insurance’, a fund is not taking any balance sheet risk due to the lack of a guarantee, so it would not need an insurance licence, but Vilgan sees no reasons why a fund or a collection of funds could not do that.

“Super funds are now big enough institutions that either singly or collectively, some of us might get life insurance licences,” she says. “It has certainly been put out there in the industry, that if we want some of these products why wouldn’t we use a collective to organise them. There are a few funds who are saying ‘how can we create retirement?’ and ‘what moves are we prepared to make?’.”

She cites the example of the ME Bank as one such a model, but also describes the giant US teachers retirement fund TIAA CREF as “inspirational”, for being a defined contribution accumulation plan which also holds an insurance licence for issuing lifetime and deferred annuities.

One of the reasons QSuper is so gung-ho on change is that it controls its own administration, but this is not true of many other big funds who are often struggling with the cost or the limitations of their administrator.

“We have had some of those funds talk to us, they want to innovate as we are doing, but you have to administer it,” she says.

QSuper’s thinking extends to a belief that as much uncertainty and volatility on retirement income should be stripped out as possible. And that they more important than a skewed focus on achieving industry beating returns.

“You should really be measured on what fund got me to a more predictable outcome, not on which fund outperformed on a particular year,” she says.  “Funds will definitely move down that path, which will definitely mean ratings agencies will have to change how we are measured.”

This is a popular theme of Vilgan’s who is convinced members instinctively distrust the volatility inherent in defined contribution plans currently and would settle for a loss of some upside if they could have more predictable returns. Indeed, a tiny proportion of members (around 0.5 per cent) that have opted out of the eight cohort strategies created for them this month, has given her greater confidence to move in this direction.

“Huge numbers actually say you are the expert, I trust you. It is really quite interesting that this industry has not taken on that mantle more. You should not underestimate the number of people for whom this is such a complicated world. That they are relying on us to do a job and they do not enquire into the detail. We have underestimated how much people think are doing the best by them. If this industry was doing the perfect job, you would not have to worry about your account, you would just know there was an income waiting for you in retirement.”