Home>Opinion>Regaining control: why investors must stand up to banks 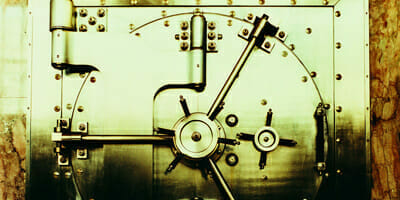 As the chief executive of a financial services media and events business, Colin Tate* benefits from the growth in the banking sector. But at the same time he is perplexed by their bad corporate behaviour, large pay packets, and secret negotiations. It’s time, he says, for institutional investors to demand change.

I’m not a bank basher. To the contrary, I benefit from the financial system, arguably more than many. I am the major shareholder of Conexus Financial, which publishes five media titles and hosts a dozen conferences, and many of our clients are banks or subsidiaries of banks.

That said, I am disturbed by the seeming lack of real lessons learned, as demonstrated by a lack of behavioural change from the financial crisis.

The “greed is good” mantra that emanates from those trusted with (mostly) other peoples’ money, is disconcerting. It makes me question whether the American-mindset is out of touch with the rest of the planet.

I understand this commentary will be offensive to some of our readers and many of our advertisers. Good.

This has gone on long enough. It’s time to have a frank and open discussion about the behaviour of banks and other financial institutions, and indeed the inactivity from the institutional investors which have the ability to influence this behaviour, and don’t.

Underneath the layers of players we must remember that this is mostly workers capital; the worlds’ retirement savings.

This past month a new scam has been uncovered, in which a major global bank, the venerable Credit Suisse, has been in cahoots with US citizens in illegal tax avoidance – but it says it was the work of a small number of “rogue” bankers.

Meanwhile, RBS has announced an $8 billion loss, but somehow found the wherewithal to pay $576 million in executive bonuses, while still majority-owned by the UK taxpayer.

What is perhaps more surprising are recent comments by UBS global chief, Sergio Ermotti, who at the recent Davos World Economic Forum said critics of banks should ‘back off’.

Quoted in the Wall Street Journal a clearly exasperated Ermotti said: “Life is hard enough, and I think this constant lecturing on ethics and integrity by many stakeholders is probably the most frustrating part of the equation. Because I don’t think there are many people who are perfect. We are far from being perfect…but it’s not going to be very helpful to be constantly bashing banks.”

UBS has been bailed out by tax payers, suffered huge losses, endured a rogue trading scandal, and has admitted a central role in the manipulation of the London interbank offered rate (LIBOR) – paying a $1.5 billion fine to regulators in December 2012 as a result.

Is he for real?

But maybe the Oscar should go to JP Morgan and its chief: Jamie Dimon.

Dimon took home an 85 per cent increase in bonus in 2013, pocketing $18.5 million worth of restricted stock (his base salary is “only” $1.5 million), up from $10 million the year before, and following a period when the bank’s fines totalled a reported $18.6 billion, relating to “inappropriate or illegal” behaviour.

The bank attributed the pay increase to a number of factors including Dimon’s role in cutting a deal with Washington.

There is always fertile ground for debate when it comes to ethics, an issue which in my mind goes beyond the letter of the law. Institutional investors and the value chain of investment players have a fiduciary duty to act in the best interests of those whose money they manage.

Ethics and investment is at a crossroad. The CFA Institute and others are looking to re-establish trust in the industry, but it is also up to the individual players to do their part.

Institutional shareholders must answer some serious questions. Are you caught up in a fantasy that some institutions literally are too big to fail, or even to question? Do you own shares in the parent, or run money with their investment management arm or have a custody mandate with the firm?

Or am I just out of touch? Maybe Warren Buffet is right and Jamie Dimon is worth an even larger pay-packet.

But the sad part is that even senior employees I talk with inside these organisations are often embarrassed by the behaviour, the total lack of responsibility and the conspicuous absence of individuals in jail for the spectacular failures and sometimes the outright fraud of the GFC.

And banks keep asking us to ‘back off’.

While mums and dads, the media and some governments agitate for change and reform, what are the major institutional owners of these organisations doing to say: enough is enough?

*Colin Tate is the chief executive of Conexus Financial, the publisher of conexust1f.flywheelstaging.com

Sarah RundellFebruary 7, 2023
Home>Opinion>Regaining control: why investors must stand up to banks