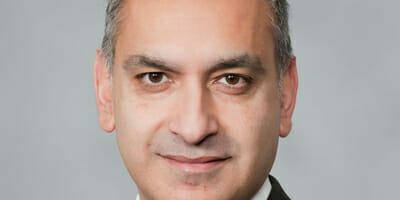 Alex Gracian has only been the chief investment officer of the £4.6 billion London Pension Fund Authority (LPFA) since October 2012, but in just over a year his style is infiltrating into the investment philosophy of the fund.

Gracian is a proud quant. He has a degree in theoretical physics and has managed money quantitatively at Lehman Brothers, Deutsche Bank, the TRW Pension Fund and as head of equities at Gulf Investment Management.

“Being a quant, my focus is using quant processes. A lot of fund manager selection can be about who rings the personal assistant of the CIO the most,” he says. “We want a more transparent, holistic, diversified approach.”

Gracian has now put in place a quantitative selection process for all managers, which uses quant filters to narrow the universe, and optimise the short list, a process which he says has some surprising results.

“The initial screens throw up some interesting names, and we’re calling them instead of them calling us,” he says. “We want to be at the stage where we are not having quarterly meeting reviews but instead there is more internal analysis and discussion on their funds which may lead them to be an implementer of our ideas, we want to work together with our managers.”

Gracian says the investment team, which numbers six including him, is working closely with managers, particularly in equities and the asset liability matching space.

Within equities beta is a focus and there is work being done to blend alternative indexes into one portfolio.

“Alternative indexation it is not just about alpha but about diversification, and volatility reduction. For us alpha is not the primary driver,” he says.

Within beta management, Gracian says he is a “big fan of cash equitisation” and the fund is building a futures book with about £300 million managed now.

Over time he plans to optimise that, use it for TAA implementation and as a source of cheap, ultra liquid investments.

The team is also discussing investment techniques with some of the bigger hedge funds to use their long/short skills and presence in the long-only space. It fits well with the fee philosophy at LPFA which advocates low base fees with proportionate and properly constructed performance fees.

The appointment of Gracian to CIO is part of a global trend where investment banking and investment management professionals are moving in to the pension investment world.

In the UK the new chief investment officer of the Pension Protection Fund, Barry Kenneth, was managing director at Morgan Stanley for eight years. In Australia the investment teams of funds such as UniSuper and First State Super are now headed by ex-investment management professionals, and in North America some of the high-profile examples are Britt Harris the CIO of Texas Teachers Retirement System formerly of Bridgewater, and CPPIB’s chief investment strategist Don Raymond formerly of Goldman Sachs. Virtually all employees at PGGM and APG in the Netherlands have spent time on the sell side.

“An investment banking background brings certain skills, like the minutiae of foreign exchange,” Gracian says, emphasising a focus on implementation costs is one of the benefits that background can bring.

“A lot of people focus on cost savings in pooling assets, but there is often too much emphasis on that, there are other important things.”

Hiring more experienced people – that can make the most of expensive systems and can understand option pricing, swaptions, or the stochastic-ness of options – is a focus for Gracian who says risk management, and liability modelling is a necessity for the fund. He wants a young, “edgy” team and will begin slowly hiring more staff.

“You can get an external provider but that is only good if the board and the non-executive can understand them,” he says.

As part of LPFA’s development, it has undergone significant restructuring at the board level since Edmund Truell joined as chair of the board and the investment committee in January this year.

Gracian says that an early decision between himself and Truell was to “no longer go through the consultant route”.

The board, which has had half of the trustees change in 2013, now has some specific pension and investment skill among its members.

“The board has a lot more experience and there is clear delegation which means decisions can be made a lot more quickly,” he says.

Together with an experienced executive team, this means LPFA is well-positioned to take advantage of some of the investments Gracian believes are real opportunities, such as secondaries and the distressed market.

Gracian is a “big fan” of R-language (he also has a Masters of Science in Information Technology) and is taking big strides in asset-liability modelling including introducing real-time analysis.

He believes liabilities valuations are conservative, and on a risk-free basis the liabilities of LPFA are more like £8 billion, against assets of £4.5 billion.

He wants to focus on liabilities, and says “the liability profile is more important than size per se for asset allocation”.

Inflation has been highlighted as one of the biggest risks facing the fund, with the potential to effect the funding arrangements and LPFA’s liabilities, and a hedging strategy is underway to manage this risk.

The fund will have its triennial valuation in 2014, but Gracian says at the strategic level the asset allocation will be similar to what it is now with about 40-50 per cent in equities.

What will change are the vehicles the fund chooses to invest in, with a wider scope for alternative debt such as aircraft leasing and pharmaceutical royalties.

He also says the fund has a bigger appetite for things like development risk.

Over time the fund will increase its illiquid allocations in property, private equity and infrastructure moving away from fund of funds to single funds, co-investments and the secondary market. The team will use its quantitative skills and processes to do some more factor-risk modelling in the illiquid space.