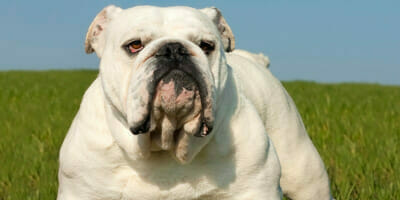 A scathing report into the United Kingdom’s £275-billion ($441-billion) defined contribution pension sector by national watchdog the Office of Fair Trading that lambasts high charges and complexity could have gone further say modern, low-cost pension providers. The OFT has agreed a range of reforms to the workplace pension market after its study found millions of savers weren’t getting value for money. “We do not feel they have been sufficiently radical in their approach,” says Jamie Fiveash, director of customer solutions at B&CE, a provider of workplace pensions with more than $3 billion of defined contribution assets under management in schemes that include The People’s Pension, a super trust set up in 2011 ahead of auto-enrolment. “It should be much easier to make pension transfers from old and poorly governed legacy schemes into large scale, modern and well governed schemes.” Secondly, he argues policy makers should introduce an industry-wide charging structure to allow for informed choices. “This will ensure competition on products and service delivery rather than on obscure charging mechanisms, inevitably leading to the driving down of prices,” says Fiveash.

Morten Nilsson, chief executive of NOW: Pensions, a defined-contribution workplace pension scheme provider and UK subsidiary of Danish public pension plan ATP, adds: “To help employers select a scheme that is fit for purpose and is going to deliver on its promises to members, we support the OFT’s recommendations. The success of auto-enrolment will depend on the ability of providers to build trust and earn confidence among their members. If members don’t trust their provider and see their hard-earned pension pot being eaten up by high charges and their fund performing poorly, the motivation to stay enrolled with be sorely tested.”

The OFT’s findings, gathered from a six-month investigation into the defined contribution market, raised concerns around older schemes set up before 2001 in which savers are paying charges of 1 per cent or more. It is estimated that $48 billion is locked in these schemes run by insurance firms and trust boards. They account for around 190,000 savers, who could be losing around 20 per cent off the value of their pensions. Such charges contrast with the new wave of defined contribution providers, which include government-backed scheme, the National Employment Savings Trust (NEST), whose charges gravitate around 0.5 per cent of a saver’s pot. Auto-enrolment is expected to see 9 million extra people joining defined contribution schemes over the next five years.

In response to the criticism, the Association of British Insurers (ABI), whose members offer many of the criticised schemes, has agreed to carry out an audit of the larger schemes, some of which are charging up to 2.3 per cent in annual management fees. Elsewhere, Legal and General has recently introduced caps on charges for auto enrolment workplace pensions at 0.5 per cent, a price cap that will not apply to members who want more investment choice than the default fund.

The report also highlighted a lack of competence among trustees responsible for running some schemes and raised concerns about savers in 3,000 smaller pension schemes, collectively worth about $16 billion and with 1,000 members or less, who may be at risk due to poor governance. Active member discounts (AMDs), which hike charges when an employees move jobs but don’t take their pensions, also came under fire. “We welcome the OFT proposal that all schemes, including contract-based ones, should have governance committees to help serve consumers’ interests. We have found that consumers are particularly reassured by NEST’s independent governance, which has members’ interests at heart, and the fact we are run on a not-for-profit basis,” says NEST chief executive Tim Jones.

But pension experts also believe the OFT was right to stop short of recommending a cap on charges levied by providers, and that charges will continue to fall. “There has been a slow reduction of charges through market pressure in the defined contribution world ever since 2001, when stakeholder pensions where introduced,” says Alan Morahan, principal at Punter Southall DC Consulting in London. “If the government had set a cap at 0.7 per cent, it would abate the downward movement. On the other side of the coin, a 0.3 per cent charge might be too low for schemes to be viable.”

The closure of defined benefit schemes and the introduction of auto-enrolment is expected to bring a “tsunami of money” to defined contribution schemes, warns Morahan. “Unless they get charges right, and also investment performance, administration and saver engagement, there is a danger they won’t deliver.”