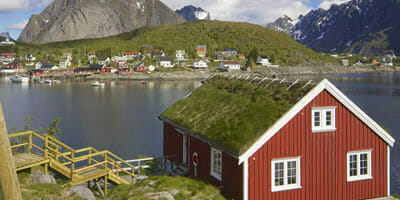 The Norwegian government should establish a new fund, the Government Pension Fund – Growth, to invest in developing countries, resulting in the dual benefits of jobs creation and investment returns for the fund, recommends a report by Re-define, commissioned by Norwegian Church Aid.

The NCA, which is a member of the humanitarian alliance, Act Alliance, believes that the  $760 billion sovereign wealth fund’s unique long-horizon positions it for investment in developing countries, and could go some way to providing capital for job creation.

It argues that capital from the Norwegian Sovereign Wealth Fund could be channelled into low income and lower middle-income group of countries, benefiting the fund by securing its value for future generations, but also provide much-needed capital to developing countries to create jobs and infrastructure.

Currently the Government Pension Fund – Global, invests 94 per cent in developed markets, with a target of 10 per cent in emerging markets. At the end of March, 2013 the fund invested 62.4 per cent in shares, 36.7 per cent in fixed income and 0.9 per cent in real estate.