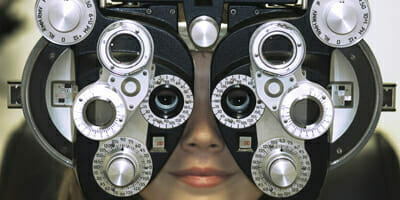 Attempts to apply a formula to asset allocation based on an asset’s historical volatility and relationship with other assets tend to fail when presented with black-swan events. Equities tend to rise along with commodities except when presented with political events such as the price hikes in oil in 1973 that sent equities into free fall. Similarly, the quantitative easing measures in Europe, the US and Japan have also created a stimulus that makes equities and bonds move in ways that are not entirely logical. Furthermore, the lack of a fully reliable model for creating asset allocation has led investors to rely on common sense and, also for reasons of comfort, following allocations that are similar to like-minded investors.

This has not stopped some investors trying to create models that try and do better than this status quo.

The fund manager Blackstone has been using scenario analysis to help make sense of what its clients’ alternative asset allocations should be by using 18 market scenarios to predict the fortunes of individual asset classes. The model looks at the standard variance of asset classes and their interrelationships, but also takes into account a host of topical political and economic themes.

Ian Morris (pictured right), the New York-based managing director of Blackstone’s hedge fund solutions operation who has helped build a team of political, economic and market-based analysts to create these scenarios, believes that the model could reveal where institutional investors are not taking enough risk to achieve their stated aims or where they are taking too much risk.

Each scenario, which reflects market fears, hopes and expectations, is weighted according to how likely it is to happen, and all add up to 100 per cent.

In the most recent model, the scenarios include the likelihood of a heavy double-dip US recession, which is rated a 2-per-cent probability, a light double-dip recession rated at 7 per cent, a “deflationary slog” at 10 per cent, “quantitative easing proves effective” at 13 per cent and its most popular forecast, moderate growth, is scored at a probability of 16 per cent. Each month the scores of the scenarios are updated and multiple implications for the return on each asset class are calculated.

Morris does not expect the analysis to be completely accurate, but says it is the best system he is aware of.

“I don’t think anyone has found the holy grail of asset allocation, but this approach works for us. We have put a lot of resources into political, economic and market research so that we can make the forecasts and do valuations. Not everyone has this resource – we think it is fairly unique,” he says. Adding that is relevant to any asset: “It’s applicable to anything that moves.”

Morris explains what the analysis looks like in practice. “In a heavy double-dip recession, Australian private equity might fall 62 per cent, but in a very bullish scenario it might rise 65 per cent. There are some scenarios in which equities and bonds do badly, or where equities rise and bonds fall.”

Blackstone takes the process further by personalising asset allocation recommendations to each investor’s risk tolerances. These are expressed in a line chart that shows, for example, for some investors a loss of 5 per cent might be twice as painful for a risk-averse investor than for a risk seeker.

“For a very risk-averse conservative investor, it will recognise that you feel the pain of the downside much more than a risk-loving investor and, as a result, it constrains asset allocation,” explains Morris. “It can be absolute return for a given risk-aversion level. For a risk-loving investor, it will produce what it thinks is the highest returning maximising-utility portfolio allocation to generate a high-octane return.”

The idea is that after using the model investors might find that they need to re-jig their asset allocation, as either they are being too cautious in asset classes that could do well according to the analysis or they have too-large an allocation to an asset class exposed to the risks of large falls. The analysis can show this by giving the expected portfolio returns of specific asset allocations.

The analysis, though, is not always as simple as increasing risky assets and decreasing safer assets, say, for a fund that finds it is not taking enough risk to achieve its 7-per-cent return target.

“The fund might hold a risky asset even if it is expected to maybe not do so well in difficult environments. If there are other asset classes that are offsetting that, it could give big gains for that risk-averse investor,” says Morris.