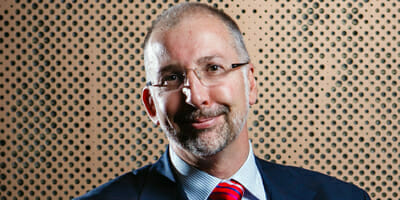 If everything continues on schedule, the $60-billion AustralianSuper will begin testing its new internal investment-management systems this month, with a view to managing its first money in house in the third quarter of 2013.

Within four years the fund expects to manage as much as $40 billion in house, funded primarily from cash flow, and to have built an investment management capability the equal of any in the world.

AustralianSuper’s head of investment operations, Peter Curtis, says the fund has the benefit of starting with a blank piece of paper and designing something from the ground up. He says it can focus on doing the things it believes add value for members, such as implementing asset allocation decisions more efficiently and profitably, and outsource the things that are not its core business.

“We’re really starting from scratch and that’s allowed us to work out what we want to do internally,” Curtis says. “Our philosophy has been that we want to do things that are going to add value to the whole investment process, and the returns back to our members. We do not want to get into large-scale processing and we don’t want to get into areas where it doesn’t fit with our core capabilities.”

Curtis says the fund has “outsourced the whole middle office, and that means we’re not putting in a massive system which in itself would probably run to millions of dollars”.

“We’re not going to have a team of 20 people matching contract notes and doing a whole lot of other things,” he says. “We’re going to use an organisation that has that capability and has those systems and the scale to do all that.

Rolling out the plan

The first phase of the project will cost the fund about $5 million, but this expense is dwarfed by the expected cost savings. Curtis says the fund is close to finalising contracts for middle-office services and an execution platform, and is continuing to recruit new members to the investment management team.

“We’re hoping to have the model in, connected, and to have done our testing around the end of May,” Curtis says.

“Our plan is we’ll be doing testing in April and May. We will test the individual components, and then we’ll test the whole end-to-end process to make sure everything works in the manner that we’re expecting.

“That will then allow the internal team to go through the normal process of what’s their style, how are they going to manage the money – a bit like an external manager does a presentation – get the approvals, and then we work out how we allocate capital to them.

“AustralianSuper has very strong cash flow coming in every year, so we expect that we will allocate to these managers from our cash flows as they come into the fund.”

Once the Australian equities team is bedded down and managing money, the next asset class to be brought in house will be Asian equities. “We’re sitting at the bottom of that time zone, and as you’d know from various other things we’ve done – establishing the research office up in Beijing and the Asia advisory committee – Asia is a very critical part of where we believe the fund will be allocating capital in the future,” Curtis says. “We think that the next logical area for us to start to roll out is Asian equities, as the second cab off the rank.

“After Asian equities we then look at fixed interest and cash; and then after that, developed markets.”

Nailing down the costs

As money is allocated to its internal team, a growing proportion of the fund’s assets will be managed at what is affectively a fixed cost. The savings arise from the difference between the expected fixed cost and the cost of having the same funds managed externally. The fund currently spends about $200 million a year on external managers; if those costs continue to grow in line with funds under management, by the time the fund reaches $100 billion, its annual external management costs will hit about $500 million.

“With the internal team, once we get the scale, it’s almost a fixed amount that will be spread over an increasing AUM,” Curtis says. “At the moment we’re in the low 60s [basis points] with our investment costs; we would hope in the next three to four years to see the next step-change in our costs, down to the 40s.

“We want to put in place best-in-class investment management capability. If you look at where the numbers go on our projections, this platform will be running $30 to $40 billion in the next four to five years. We need to be as good as the large fund managers in Australia and large fund managers globally – because it’s going to be a global operation.”

Curtis says the initiation of an internal investment management capability will not directly affect the asset allocation decisions the fund makes, but it will have effect how decisions are implemented – including a focus on after-tax returns.

“We think it’s going to give us a number of spin-off benefits,” Curtis says.

“We also think it’s going to give us much better insights into the asset allocation discussions. We’re going to have those direct touch points with the markets; we’re going to have people in different asset classes who are dealing in those markets on a daily basis that the asset allocation research group can talk about what they are seeing in the markets, and what you are hearing from companies when you’re out talking to them.

“The whole one-fund philosophy will continue to gain benefits. We think that the brokers and the counterparties are going to see AustralianSuper as a far more substantial organisation because we’ll be doing more things with them directly, across different asset classes.

“We think that’s going to mean the fund will see more things that are happening in the market. We will become hopefully a preferred client for most of those counterparties in the marketplace.

“We think that flows back into our existing engagement program that we’re running on governance and how we vote at meetings, et cetera. We just see there are multiple spin-offs and intangible-type benefits that will flow into our investment process and discussions we have with companies as shareholders and potential investments. It’s pretty much the virtuous circle.

“The critical thing that the investment committee keeps talking about is, right, we’ve got to make sure that we capture these,” says Curtis, “and we’ve got to monitor that we are getting the benefits back to members and on better investment returns.”

Curtis says that the fund will also take a new look at after-tax investment returns. “One of the pieces we’ve put into the process is a capability from GBST,” he says in reference to the global financial services software provider. “What that’s going to allow us to do, almost as a pre-trade compliance check, the portfolio manager will be able to send the proposed trade file out to this GBST database that will come back to them pretty much instantaneously to say, if you go ahead and do those trades here are those tax implications. So it gives the portfolio manager some insights to effectively consider the tax implications before the trade goes on.”

A less than optimal after-tax result won’t necessarily prevent a trade from occurring, according to Curtis, but it gives portfolio managers “some more information to think about… and factor into your decision-making process”.

“The GBST database we will probably in the 2014 financial year rollout to our external managers, so they will able to ping the database through a website and basically see the same information,” he says.

“It’s one of those areas we’re looking for where we can tweak the investment management model to get some more benefits back for the members and just get a better outcome. We’ve been very pleased to be able to partner up with GBST to partner-up in that process.”

However, with a project the size of this one, unforeseen complexities inevitably arise. “How we fitted into the overall cash management and liquidity management processes [is something] we’ve spent a fair bit of time looking at and engineering in the most efficient manner we can,” he says.

“Once we started looking at how we allocated capital into these portfolios and how that impacts across the broader capital-allocation process, we spent a bit of time working that through so the portfolio managers would have access to how much cash they’ve got each day.”

On the flipside, however, connecting to external counterparts proved to be relatively easier than expected.

“The FIX [Financial Information eXchange] connectivity through NYSE Market has been simpler. We hook up to them and then they hook up to X-hundred brokers globally, and we can just turn them on as we wish. So that’s been relatively straightforward.”

Curtis says the project remains on schedule, but “the whole thrust from day one has been we want to have the right people, processes and systems in place. If we hit the date, that’s good but we’re not going to cut corners purely to hit a date”.