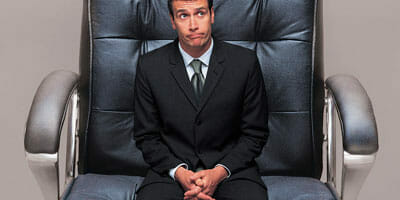 The world’s largest asset managers should be using the advantages of their size and scalability to adjust their fee structures, according to Craig Baker, the global head of manager research at Towers Watson, which just released this year’s Pensions & Investments/Towers Watson World 500.

“The advantage of large managers is [that] they could structure their fees to be more advantageous,” Baker says. “They should decrease fees as their asset size goes up. This should be an advantage of being a large asset manager.”

He says manager charges should be specific to a particular investment strategy with a distinction of how much it costs to run that strategy divided across the client base, and then a performance fee charged on top of that.

“The way fee structures work in this industry is that everyone charges the same, which doesn’t really work.”

How they lined up

According to the World 500, Blackrock remains the world’s largest funds manager by assets under management, with $3.512 trillion, followed by Allianz Group, State Street Global Advisors, Vanguard and Fidelity Investments.

The total in assets under management by the 500 managers was down 2.5 per cent for the year to $63 trillion.

Baker says market or beta movement accounts for a lot of the fall, as well as the fact equities markets fell compared with bond markets, and there was less merger-and-acquisition activity among the largest managers globally.

The top 20 managers make up about 40 per cent of the total.

United States managers dominate the list, with about half of the total assets. Further, the US managers in the top 20 managed about 64 per cent of that group’s assets.

From 2006 to 2011 the fastest growing managers globally have been Great-West Lifeco from Canada, Nippon Life Insurance from Japan and Wells Fargo from the US.

At Towers Watson those themes include sustainability, smart beta, and risk and governance.

Baker says the asset research group has a view that most government bonds are very expensive.

Allianz Group, Blackrock, Craig Baker, Fidelity Investments, Great-West Lifeco, manager charges should be specific to a particular investment strategy with a distinction of how much it costs to run that strategy divided across the client base, Nippon Life Insurance, Pensions & Investments/Towers Watson World 500, State Street Global Advisors, the advantages of their size and scalability, the global head of manager research at Towers Watson, Thinking Ahead Group, vanguard, Wells Fargo