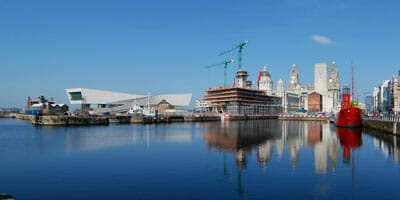 The agenda at the United Kingdom’s National Association of Pension Funds (NAPF) annual shindig in Liverpool’s Echo Arena on the banks of the Mersey couldn’t have been broader. From early analysis of auto-enrolment, the biggest shake-up of the industry in a generation and just days old, to life expectancy, Britain’s role in the European Union, and even man’s place in the universe, there was something for every one of the record-1400 delegates. But for all its breadth and interest, the gathered trustees came in search of leadership and clarity from their representative organisation on just a handful of investment issues.

European regulation is one of the biggest dangers hurtling towards UK schemes. In what one trustee said was “the last straw” and another labelled “incomprehensible”, the European Commission’s planned new occupational-pensions directive could have profound implications for defined-benefit provision. In a plan modelled on the Solvency II insurance directive, the Commission wants to inject greater transparency into the way pension funds report their assets and liabilities. It would demand huge capital buffers and force companies to divert investment into their pension schemes. It would also push schemes towards low-risk investment strategies because of greater sponsor cash commitments for growth seeking portfolios. NAPF estimates the new rules could cost UK pension funds an extra £300 billion ($484 billion) and argues that companies faced with extra funding demands from their pensions would be forced to shut their final salary schemes.

At he heart of the proposals lie a new valuation method, a so-called holistic balance sheet or HBS. Worryingly, when the $54-billion Universities Superannuation Scheme, one of the UK’s biggest, applied HBS criteria to its scheme, it pushed liabilities from $56.5 billion to $105 billion. “These are not good numbers for a regulator to look at – it is not a good place to be. We want to avoid it all together,” said Tom Merchant, chief executive of the fund. “This looms large on the risk register and would have a serious impact on every scheme.”

Gabriel Bernardino, chief executive of the European Insurance and Occupational Pensions Authority, the body advising the European Commission on the proposals, tried to mollify critics: “We are not a bunch of lunatic, crazy guys in Frankfurt and we are not out to kill defined-benefit pension plans,” he said. Despite infusing his language with compliments about the UK industry and assurances that new rules would only be supervisory, trustees were left unconvinced. The worry is that supervisory measures will come with a 10-year deadline for full compulsion. “There is a great deal of fear and confusion in the different messages,” said Charles Pender, at the $589-million Lloyds Superannuation Fund. Even funds supportive of European federalism had their doubts. “There is a lot of concern among the audience about regulation coming out of the EU, but there is also a lot of mythology here – like the EU decrees cucumbers or sausages have to be straight,” said John Pantall, a councillor representative on the $18-billion Greater Manchester Pension Fund. “What I would say is that we must have the opportunity for overweight positions, to take risks and outperform.”

Quantitative easing is not pleasing

The impact of quantitative easing, so-called QE, pushing UK gilt yields to historic lows was the other top grumble among trustees already juggling deficits. The Bank of England Asset Purchase program stands at $605 billion, with a further $80 billion expected next month; because the government spend has been almost exclusively targeted at buying gilts, rather than any other asset class, it has pushed yields down below historic lows, where they were already languishing. Today the yield on a 10-year linker is minus 3 per cent and on a 10-year conventional, 1.74 per cent. “Our assets are healthy but our funding levels have dropped because of the low gilt yields,” said one trustee. Another remarked how negative yields leave buyers of UK gilts “in effect paying a premium to the government in return for inflation protection.” NAPF estimates QE has added $145 billion to the UK’s pension deficit, which, according to the Pension Project Fund’s June figures, stands at $430 billion.

It’s a call to arms NAPF chairman Mark Hyde Harrison heard. “This is an issue that requires urgent government and regulatory action,” he said. “We cannot afford to wait. Pension schemes need help and they need it now. In the US, Sweden and the Netherlands, governments have acted.” It is lobbying the government to apply an explicit uplift, or margin, to gilt yields. “Even a 0.5-per-cent rise in gilt yields would cut the pension deficit of the FTSE 350 by about 40 per cent,” said Hyde Harrison. Trustees welcomed the news, with one commentator saying she wanted more evidence that QE was actually working. “NAPF lobbying will spark debate as to its benefits,” she said.

Critical mass at the core of PIP

The why and wherefore of infrastructure investment was also much discussed with six funds pledging $161 million each to the government’s Pension Infrastructure Platform (PIP). The Railways Pension Scheme, Strathclyde Pension Fund, the Pension Protection Fund, the West Midlands Pension Fund, BAE Systems Pension Funds and BT Pension Scheme have provided what NAPF called “a critical mass” of investors for the scheme that will channel money into “core” projects such as energy and transport free of construction risk. It will feature low leverage – no more than 50 per cent per project and fees will be low, at around 50 basis points. Investments will be inflation linked and the fund is seeking long-term cash returns for Retail Price Index plus 2 to 5 per cent. “We believe the PIP is an important development that will help schemes like ours gain access to infrastructure on terms that are aligned to the long-term interests of pension funds,” said David Adam, chief investment officer of BAE Systems Pension Funds.

Founding investors only account for a third of the $3.23 billion the PIP hopes to raise in its first year. Although the scheme has confirmed “strong interest” among other pension funds, many remain lukewarm on the idea. They cite their own, existing infrastructure allocations and a preference for debt investment in infrastructure, rather than equity, as reasons. A reluctance to invest in schools or hospitals, where greater expertise would be needed, was also a reason to hang back.

The city of Liverpool’s regenerated Albert Dock was a fitting backdrop to the industry gathering, rejuvenated and buoyed by the early success of auto-enrolment. European legislation clouds the horizon and gilt yields weigh on portfolios, but with NAPF lobbying on their behalf, trustees are confident they will get their message across.