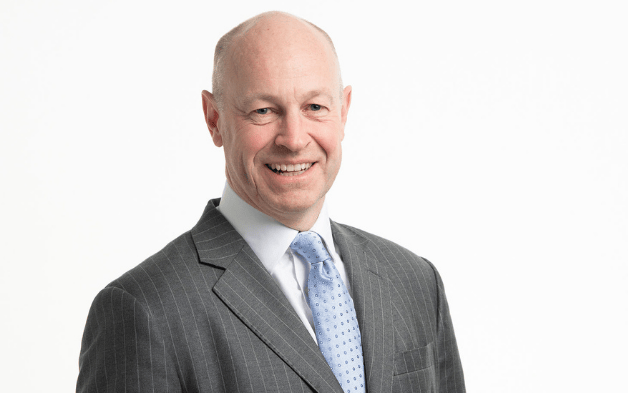 Pension funds around the world have made ambitious net zero commitments but war in Ukraine could blow them off course. Investment in fossil fuels and possibly higher emissions may be the only alternative to generating the kind of energy output lost from Russia following western economies desperate scramble for alternative supply, says Wyn Francis, CIO of the UK’s £57 billion BT Pension Fund, the UK’s largest corporate scheme which is aiming for a net zero portfolio by 2035.

For sure, the decision by western governments to dramatically cut their dependency on Russian fossil fuels is likely to accelerate investment in the transition as part of the solution. But in a counter narrative that Francis says started to bubble at COP26, the spotlight will also turn on the economic cost of the energy transition, resulting in many investors’ paths to net zero being neither a straight line, nor as obvious.

“The landscape has changed because of this war,” he says. “I don’t’ know what the answer is, but I do feel that now we will get some sensible discussions on what the transition actually looks like with associated investment opportunities.”

The pressure on the green transition as western economies pull out of Russia and change their energy sources, already visible in talk of more coal production in Europe and North Sea oil and gas investment, is just one facet of a much broader, seismic shift. Indeed, Francis believes investors face a seminal moment in history that marks a turning point with decades-long reverberations for markets, asset values and life.

Moreover, unlike in the past, it is not an event that central bank policy makers can easily fix.

“I am struggling a little with the market sentiment that seems to be that this is just another event that The Fed and central banks can step into and sort, or that Russia will pull out and we will go back to normal. I expect a decade long impact on lots of structures that we have taken for granted for the last 20 years.”

For now, like many investors, BTPS’s portfolio is largely unscathed. The pension fund had light exposure to Russia with most confined to active managers in the credit space which had been gradually whittled down because of enduring challenges around ownership rights and governance. BTPS began 2022 with £200 million in exposure to Russia which had fallen to under £50 million by the end of February as sentiment soured.

As for unknowns in the months ahead, for now he’s relying on BTPS’s active bias (it only has one semi-passive allocation in the whole portfolio – a relatively small equity mandate with an ESG filter) to navigate complex corporate challenges, supply shocks and inflation coming down the line.

“It will be difficult to control some of these exposures if you are sitting in passive equity and credit mandates,” he predicts.

BTPS’s won’t know the extent to which the war has blown its ambitious 2035 net zero pledge off course until it is due to review that target in two years. So far that trajectory has been closely intertwined with a de-risking journey which also targets a cashflow matched position by mid 2030s and has gained most momentum in the last five years. Both de-risking and achieving net zero has required a significant churn, selling out of assets and moving from equity to cashflow-aware, net zero allocations.

BTPS’s twin de-risking and net zero objectives are aligned via a modern portfolio approach, adopted in 2021. Portfolio construction eschews traditional asset allocations to consider instead the function each asset plays in the portfolio: de-risking doesn’t necessarily force the pension fund out of an asset class because it no longer fits, instead, assets find different roles and perform a different function.

For example, five years ago, BTPS’s real estate portfolio was equity-like and highly focused on returns to help meet funding targets. Now, rather than chasing capital gains, this portfolio targets steady, secure income over a longer duration than a standard corporate bond. Similarly in infrastructure, assets have been transitioned by changing ownership structures into a lease.

This multi-functional lens is particularly easy to see with an allocation to corporate bonds, explains Francis.

“A corporate bond contributes to returns via a credit element and helps hedge by throwing off duration. If investors select a particular type of bond, it can also help their net zero ambitions.”  Francis gives particular credit to BTPS’s governance and trustee support for the strategy and their preparedness to let go of the guiding ropes of a traditional asset allocation.

“Governance around the investment bit is often underrated,” he notes.

The only allocation run in-house is a large LDI portfolio. The rest of the portfolio is outsourced to around 25 managers.

“We are not currently re-tendering any part of the portfolio. We tend to stick with our managers and don’t flip them around. We want them to invest in our relationship, understand our objectives, and for them to know they are there for the ride if they deliver on these objectives.”

The current 25 has been arrived at over the last five years in a quest for larger, deeper relationships that through scale benefits, also drive down costs. The main allocations to infrastructure, property and private equity are run by Hermes, which it previously owned.

Part of the rationale to allocate to external managers includes a belief that internal management can imbue a damaging sense of competition that is detrimental to the fund as a whole.

“If you build an internal deal team, they want to do deals but very often the opportunity won’t be there; the pricing is not there and saying no to the team could cause problems,” explains Frances. Today’s tight and competitive infrastructure market is a typical example.

“If we had an infrastructure team in house looking to print tickets but the investment process deemed the market too tight, that team would get frustrated. It could create a cultural problem that would be difficult to manage.”

“We only run allocations internally if we think we can add value, and the LDI allocation was an obvious one,” says Francis. Following a multi-year build out, the allocation now only requires ongoing management. It has hit a hedge objective of close to 100 per cent hedged on a funding basis.

“Stable funding is really important to us, our Trustee and our sponsor,” he says.

The rates and inflation hedging program is the product of five years work in a strategy crafted to slowly build up the ratio and ensure the fund was never forced to hedge at a particular time. Central tenets to building out the portfolio required “being under the radar” says Francis, who was head of investment risk and implementation before becoming deputy CIO in 2014 ( he made CIO in 2021) and says that leaving little or no market footprint was a priority.

“At the start, the challenge was to be under the radar. We were an obvious candidate to start hedging and it wasn’t difficult to work out which side of the market we were coming in on.”

A key challenge in the hedging portfolio today involves managing the caps and floors in a dynamic process that moves the hedge ratios with inflation depending on how the team feel about prevailing conditions.

“We have a number of 3 and 5 per cent caps on inflation and we can’t just leave them,” he says, describing a process that strives for efficiency and taking opportunities  relative to price moves when they arise.

Against the backdrop of potentially unprecedented challenges ahead, Francis finds comfort in clear objectives to build a low risk, net zero portfolio following a well-worn and repetitive process.

“My main objective is to make things as boring as possible because then I know I am doing a half-decent job,” he concludes.

Guide to persuading trustees to join the ESG journey: CalSTRS and BT Pension Fund explain all