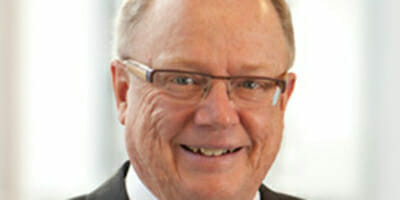 On the first page of the British Columbia Investment Management Corporation (BCIMC) annual report is a flow chart titled “complexity and connections”, outlining how the Japanese earthquake and subsequent tsunami and nuclear disaster sent shock waves through the global economy.

Understanding complexity and both the risks and potential opportunities that can arise from an increasingly connected but heterogeneous global investment environment is central to the future plans of one of Canada’s largest institutional investors.

Rethinking and getting real

This involves both a re-evaluation of the way the BCIMC’s clients decide its strategic asset allocation, which will involve shifting from a conventional mean-optimisation approach based on modern portfolio theory to using aspects of thematic investing.

It will also involve increasing real assets, both as a reaction to increased client demand but also in response to a low-returns environment BCIMC believes will be here for at least the medium term.

BCIMC has set itself the ambitious target of having 30 per cent of total assets under management exposed to real assets by 2014-2015. To do this, it has targeted up to $1.4 billion in infrastructure commitments annually, $1.2 billion to private equity and $1 billion to real estate.

The private-equity, real-estate and infrastructure-and-strategic-investment buckets currently represent a little less than 25 per cent of the portfolio.

This will also involve splitting its infrastructure-and-strategic-investment bucket into two streams: infrastructure and renewables.

Renewables will include timberland, agriculture and other sectors such as renewable energy.

BCIMC is also continuing to incrementally add to its internal investment team, which currently manages 65 per cent of assets in house, including 60 per cent of the public-equity allocation, all of its allocation to bonds and mortgages, and part of its private-equity, infrastructure and real-estate holdings.

BCIMC has identified areas where it needs to increase its capacity, including the operational side of its private-equity and infrastructure programs, as well as in the development aspect of its real-estate portfolio.

“Right now we think a lot of that [modern portfolio theory] has broken down. Looking at 20-year histories of correlations and standard deviations in a global portfolio does not make a lot of sense to us,” says Pearce.

“We know we want to be in different markets for diversification, for returns and also because of where the growth is. The developed world is probably doing 2 to 2.5 per cent and emerging markets are much stronger in terms of GDP growth, which we think will eventually result in capital-market growth.”

“Looking in the rear-view mirror doesn’t make sense to us. We are looking at what we can do in these markets and we are trying to assess risk on a different basis other than volatility.”

Pearce notes that volatility is still an important measurement of risk, but the investment team is now challenging itself to look at risk in a much more holistic way, including what certain exposures are in the portfolio based on major investment themes.

The investment team has identified healthcare and food production as two immediate areas that are requiring more research, with the manager combining its own research capabilities with those of its consultant.

In addition, the corporation is bolstering its links with academia, collaborating with the University of British Columbia’s Sauder School of Business on a two-year project to develop an approach to forecasting asset-class returns in the future.

Pearce says that while thematic investing approach identifies both opportunities and also seeks to identify exposure across the portfolio to these same themes, it increases the demand for better information and better technology.

BCIMC has flagged increasing its technological capacity so it can gain ongoing and timely information on the exposure of the portfolio to certain key themes.

“Technology is one of the two major inputs into the whole investment process here. We look at our portfolio in the traditional set of lenses, and what I am asking people to do is to look at the portfolio with different lenses,” he says.

“An example would be: what is our real exposure to China? There are a lot of European and North American companies that have extensive revenues that come from China. So, maybe we should be looking at the portfolio in terms of source of revenue exposure.”

Like other commodities-based economies, Canada is exposed to a potential slow down in the Chinese economy. Pearce says that managing concentrations in exposures is particularly relevant for the Canadian investor given finance, energy and mineral sectors accounting for 77 per cent of the Canadian equity market as of March 31, according to internal BCIMC analysis using the TSX Capped Equity Index.

“If we look across all these sectors, we would find our exposures are pretty short in some areas, due to these types of companies not really being in Canada,” he says.

“We don’t have very many large food or healthcare companies, for example. There are a whole bunch of sectors we don’t really have much of and we believe they are growing fast in other parts of the world and it might be worthwhile for us to say, ‘ok, let’s diversify.”

Almost two-thirds of the total assets under management are in Canada, with the next biggest regional exposure the US at 18 per cent, Europe 7.8 per cent, emerging markets 7.6 per cent, Asia 4.1 per cent.