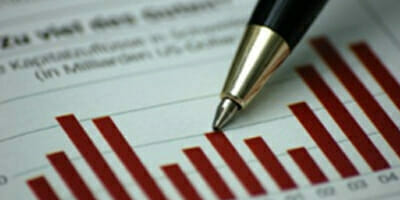 Global pension funds continue to have a defensive asset allocation, reflected in the anaemic growth in the total assets of the world’s largest 300 pension funds by less than 2 per cent in 2011, new Towers Watson research reveals.

The P&I/ Towers Watson Global 300 research reveals that concerns about ongoing uncertainty in global markets remains, with last year’s growth in assets down from 11 per cent in 2010.

Aside from the global financial crisis, it was the lowest annual growth rate since 2003.

Defined-benefit assets still account for the vast majority of assets, but are growing at a slower rate than defined contribution.

Defined-benefit (DB) funds account for 70 per cent of total assets, growing by over 1 per cent in 2011, compared to 8 per cent the previous year.

Defined-contribution (DC) assets grew by 4 per cent, driven in part by a long-term shift in pension assets away from costly DB schemes. This growth, however, was well below the 13 per cent recorded the previous year.

The asset consultant’s research reveals that the Asia-Pacific has the highest five-year growth rate of 9 per cent, compared to Europe at 6 per cent, while North America remained virtually unchanged.

Assets held by Australian funds grew at the fastest rate during the five-year period to the end of 2011, 18 per cent in US dollar terms, followed by Brazilian with 14 percent.

Carl Hess, global head of investment at Towers Watson, notes that asset allocation at the world’s largest pension funds had grown much more defensive over the past six or seven years as a result of the ongoing uncertainty shrouding the global economy.

“The top 20 funds, on average, now have roughly equal amounts in equities and bonds (about 40 per cent each) and the rest in alternatives and cash. At the same time Asia-Pacific funds, in particular Japan, have maintained much higher allocations to bonds in keeping with prevailing investment beliefs there,” Hess says.

Japan’s Government Pension Investment Fund maintains its top ranking as the world’s largest fund with total assets of about $1.4 trillion.

This is followed by Norway’s Government Pension fund and the Netherland’s APB rounded out the top three.

The research shows that 47 new funds entered the ranking during the past five years mainly from Australia (8), Mexico (4), Germany (4), Finland (2) and Russia (2). During the same period, the US had a net loss of 19 funds from the ranking, yet it still accounts for 121 funds in the research. The UK is the next highest with 27 funds, down two funds from five years ago.

Hess says funds are reacting to the low-growth economic outlook and market volatility by increasing their capacity to make dynamic asset-allocation decisions.

“Many of the top funds are prioritising governance and risk-management arrangements as a matter of urgency, spurred on by the increasing likelihood of benefit default if they don’t,” he says.

The Towers Watson research, released in January, shows that bond allocations in the world’s seven biggest pension markets have fallen by 3 per cent on aggregate over the past 16 years, to 37 per cent.

However, over this same period equity allocations have fallen by 8 per cent to 41 per cent.

The greatest shift out of equities has occurred in the UK and the US where allocations have fallen from the mid-to-high sixties to now less than 45 per cent.

Japan maintains the highest allocation to bonds, with 59 per cent of the country’s total pension assets in bonds.

The shift out of equities has resulted in higher allocations to alternative assets, especially real estate, according to the research.

Towers Watson found that across the seven biggest pension markets, allocations to real estate, hedge funds, private equity and commodities has grown from 5 per cent to 20 per cent since 1995.