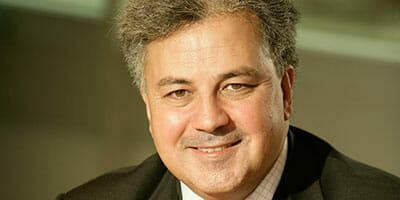 Institutional investors around the world have been lobbying for the right to have a say on pay, a right to have an input into the remuneration of the executives in the companies they invest in. In June the UK’s business secretary, Vince Cable, laid out new plans that will give shareholders three-yearly votes on executive pay in that country.

Speaking to the House of Commons, Cable said “…it is neither sustainable nor justifiable to see directors’ pay rising at 10 per cent a year while the performance of listed companies lags behind and many employees are having their pay cut or frozen.”

Similarly the issue of pay is rife in the investment industry: everything from paying internal pension investment staff enough to the over-pay and pay structure in funds management firms.

The wrong ratio
Saker Nusseibeh, chief executive of Hermes Fund Managers, believes the debate is centred on the wrong issue.

“Personally I think the remuneration structure needs to change. Quantum is the wrong issue,” he says. “The bonus structure is flawed with a short-term focus. The industry needs to tie managers into paying for what they do and a bonus is above what you do or a specific task.”

Nusseibeh is comfortable speaking out on issues in the industry. He is chair of the 300 Club,  a group of global investment professionals whose aim is to raise and respond to urgent uncomfortable and fundamental questions about the very foundations of the investment industry and investing.

The 300 Club’s mission is to raise awareness about the potential impact of current market thinking and behaviours, and to call for immediate action. Short-term behaviour and short-term bonuses is one such issue, and was highlighted extensively in the recent Kay Review.

“In the funds management business the ratio of salary to total compensation is 2:1. The ratio is wrong,” Nusseibeh says.

Other structural problems worth highlighting in the industry, he says, include longevity – or lack of it in leadership positions – and compartmentalisation, in which each actor in the financial industry is being rational in their own silo but in totality is creating irrational behaviour.

“This leads to the law of unintended consequences,” he says. “An example is with ownership of companies; we have to collectively decide what we want companies to do.

“It goes back to honesty. The financial business is not necessarily comfortable with full transparency and honesty. It is a very elitist culture and things are made more complex than they need to be so players can take a margin.”

By way of example he says: “There were enough people around before the crisis who knew what was happening to stop it. There’s asymmetry of information. We think to encourage honesty you have to lead by example.”

“With our third-party clients we’re prepared to be completely transparent; hopefully they’ll ask that of other funds managers,” he says. “We are a great believer in transparency of pay and we publish how much we pay everyone” *

“If you’re hiding something, like how much you’re being paid, you have to ask why,” he says

Nusseibeh sits on the BT Pension Scheme investment committee. He says the Hermes business has been built on three pillars: excellence, responsibility and innovation.

“We have to show the same care and responsibility to our third-party clients that we show to our parent. This means transparency. They have access to our internal spreadsheet, risk analysis and attribution, and our qualitative assessment of the manager. We review all of our portfolios on a continual basis, have a formal review monthly and investors have access to the minutes of the meeting. It is true advice: telling a client when we don’t agree.”

* According to a document called Pillar 3 Disclosures at the end of December 2011, aggregate annual remuneration of senior management who have a material impact on the risk profile of the firm is £9,381,000 in respect of the 2011 performance year. This is made up of fixed pay and variable pay. The bonus structure includes an equity participation scheme and a bonus deferral scheme.