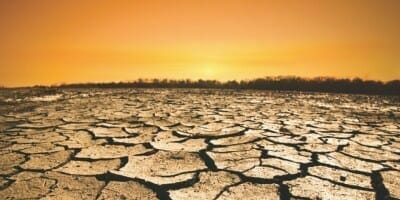 It is now more critical than ever for investors to step up their dialogue with policy makers regarding climate change initiatives, the executive director of the Institutional Investors Group on Climate Change, Stephanie Pfeifer, says in the wake of the UN climate change talks in Durban.

“National action continues to be key to investor behaviour, and investors will have a significant role to play in encouraging national and regional governments to step up their ambition levels and put in place investment grade policy,” she says.

“We also need to help ensure that momentum is maintained at the international level and that timeframes are adhered to.”

Pfeifer also says there is still a need to encourage greater recognition of the role for private finance and the conditions under which it will be deployed, as well as further thinking about how public finance can leverage private finance flows into developing countries.

“IIGCC will continue to focus its policy engagement in many of these areas,” she says.

Pfeifer, who attended the talks in Durban last week, says it is important that the international process continues.

She says one of the more important outcomes of the UN convention was that the commitment by US and China, the world’s largest emitters, to negotiations for a legal agreement that covers both developing and developed countries.

“The EU had a diplomatic coup in initiating the concept of the roadmap that is central to the Durban platform and it is positive that it found support initially from the smaller developing countries and then the larger emitters. This doesn’t mean that issues around equity won’t still feature strongly in the negotiations for a new deal. But there seems to have been some movement in the positions between North and South, and some recognition of the need for all to cut emissions and of the benefits of moving to a low carbon economy,” she says.

While the talks were a step in the right direction, Pfeifer says there is still some uncertainty including the interpretation of the legal form of the future agreement, and how the Green Climate Fund will be capitalised.

She also says the level of ambition is too low compared with what is scientifically needed. In particular the second commitment period of the Kyoto Protocol covers less than 15 per cent of global emissions.

Decisions reached at the 17th Conference of the Parties (COP17) to the UN Framework Convention on Climate Change in Durban include: