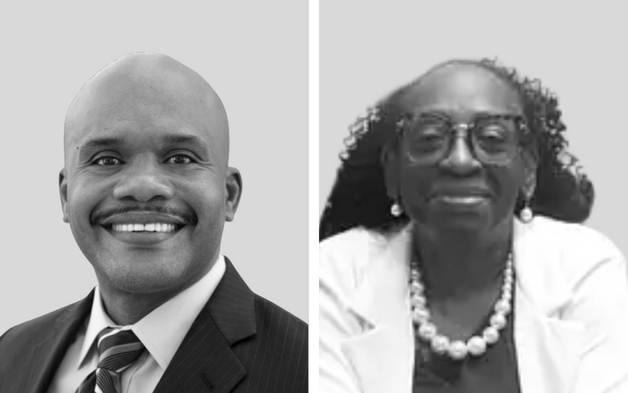 There is a glaring gap between the lofty words of corporations on the topic of racial equity, and the resulting actions and outcomes, experts say, demonstrating time and again that organisations do not actually value the pronouncements they make.

In a panel discussion dedicated to the social impact revolution, and in particular racial equity, James Andrus, interim managing investment director, board governance and sustainability, at CalPERS, said lofty public statements can actually harm the process when they mask a lack of real action.

Speaking at Conexus Financial’s Sustainability in Practice forum held at Harvard University, Andrus said major funds including CalSTRS and CalPERS had long participated in numerous initiatives–dating back more than 20 years–to give more money to diverse fund managers, but they were forgotten in the chaos following the dot-com bubble and the GFC.

“Still nothing has happened,” Andrus said. “I mean the amount of money given by people in this room to diverse managers is roughly one per cent. The problem with that is that it does not align with the policies and what people say.”

When the Institutional Limited Partners Association’s DEI committee established the Diversity in Action initiative, general partners rushed to join but only 5 per cent of the ILPA’s limited partner members joined, he said.

Panel chair David Wood, director of the Initiative for Responsible Investment at Harvard Kennedy School, asked what actions asset owners can take to confront the divergence between claims and outcomes.

Andrus said in addition to operating “in line with what you say you are,” asset owners need to overcome resistance. “Whenever you talk, especially about race, there’s going to be resistance,” Andrus said. “If you’re actually in favour of racial equity, you have to overcome that resistance.”

Also on the panel was Renaye Manley, deputy director, strategic initiatives department, at Service Employees International Union which about 2 million members in the United States and Canada, primarily in the public service, healthcare and property services.

With SEIU members’ collective retirement savings estimated to add up to over a trillion dollars, Manley’s work with the strategic initiatives department involves leading a team who work with trustees and pension plans to think about best practices, and how they can be more effective advocates and fiduciaries over the funds that they’re responsible for.

Manley has been involved with highly successful shareholder activism requesting racial equity audits at publicly held corporations. She said the civil unrest following the murder of George Floyd by Minneapolis police officers led to an outpouring of corporate commitments to racial equity and inclusion.

“Hundreds of millions of dollars, from the same corporations who could not find a black person or a woman on their board for the last three years,” Manley said. “There was some clear misalignment here.”

These companies were either lying or highly misinformed, she said, so she began tracking the commitments these companies were making. Other organisations like Color of Change had engaged companies like Facebook, Starbucks and Airbnb in doing racial equity audits, and SEIU took up this concept and brought it into shareholder resolutions.

Investors such as CalSTRS and CalPERS did extensive work in supporting shareholder resolutions calling for board diversity, and previous work on gender diversity had helped set the stage, she said.

Racial equity audit proposals ask companies to conduct an independent third-party review of policies and practices and the impact on stakeholders, including interviews or participation by third-party stakeholders.

“So, folks outside of the company have to be engaged as well,” Manley said. “That means either community groups, civil rights groups, those types of groups have to be engaged. Having civil rights groups and activists groups, community groups as a part of the dialogue with the company creates a different level of accountability.”

Manley admitted she doesn’t have all the answers to questions organisations ask, such as what parts of the company are going to be examined as part of the audit, or about the standardisation of the audit.

“I say: ‘Have you looked at any of these audits that have been done? The Facebook audit does not look like a Starbucks audit. Why? Because they are individualised to the company and their operations. No two companies are going to be the same.’”

The SEIU does have a document listing some best practices and standardisation around what the elements of the audit should be, but “you can not dictate that the audits are going to look the same,” Manley said. “This is not a financial audit, this is an audit around policies and process.”

With 48 per cent of Gen Z identifying as BIPOC, public sector pension plans need to represent the communities they are hiring from and serving, she said.