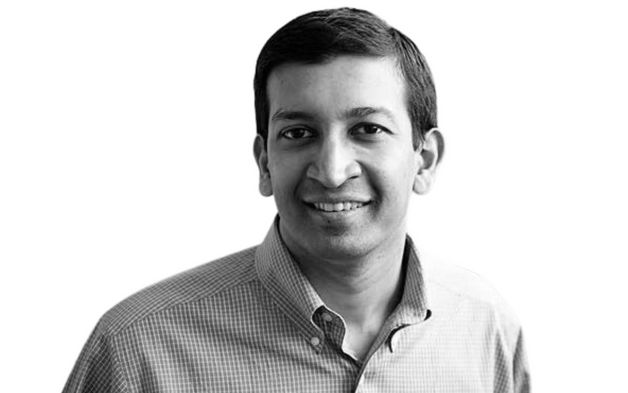 Ben HurleyOctober 20, 2022 | 1.59am
Save Article
The fading of the ‘American Dream’–along with similar ideals in other developed nations–reflects a fundamental change in the American economy, argued renowned economist Raj Chetty, in a presentation using big data to pinpoint causes and put forward possible solutions.

Chetty, the William A. Ackman Professor of Economics at Harvard University, and director of Opportunity Insights, said a cornerstone of the American Dream concept is the idea that through hard work, any child will have the chance to rise up and have a higher standard of living than his or her parents.

This trend is of fundamental social and political interest, he said. “I think it’s this very trend that underlies a lot of the frustration that people are around America are expressing, as reflected in electoral outcomes, that this is no longer a country where it’s easy to get ahead even if you work hard.”

His research and policy group has been using big data to study the question of what is driving the fading of the American Dream, and how to create better opportunities to rise up, particularly for kids from lower income backgrounds. At the Sustainability in Practice forum, he shared some of his team’s findings, and put forward some potential solutions.

Using anonymised tax return data for 20 million kids born between 1978 and 1983, his team found there are very sharp local differences in rates of upward mobility. In some areas like Dubuque, Iowa, children from low-income families making $27,000 a year on average, were making $45,000 one generation later, adjusted for inflation–a high level of upward mobility.

By contrast, Charlotte in North Carolina, which is a booming city in the United States with a number of major company headquarters including the Bank of America, has one of the lowest rates of upward mobility with children growing up in low-income families having lower incomes than their parents did, on average, 30 years later.

Some economists have hypothesised the strength of labour markets could play a strong role, but plotting city growth against job growth rates for the 30 largest cities showed “basically no relationship between these two variables.”

Areas like Charlotte and Atlanta with poor upward mobility import talent, Chetty said, so their growth doesn’t directly translate to better opportunities for the people living in that community.

Conversely, the team explored connection to race and ethnicity by linking tax records to census data. This found a dramatic difference in economic opportunity between black and white men in America, such that the two comparative maps showing distribution of opportunity appeared to be using two different colour scales.

“It’s essentially you have two different countries, or in more precise statistical terms, you basically have non-overlapping distributions,” Chetty said. “The very best place for upward mobility for black men–place like Boston–black men there actually do worse on average than the worst places for white men. Places like Charlotte for example.”

This showed “there’s no understating the importance of race” in driving economic mobility, even when class is brought into the picture to compare “a black and a white boy who start out at the same rung of the income ladder.”

Interestingly, comparing women yielded a very different result. When looking at black and white women in America, “we find that there are not large differences once you control for parental income,” Chetty said. This calls for explanations of what may drive these disparities, which could be “things like mass incarceration, that particularly affects men, things like racial discrimination that might particularly affect men in the labour market, and so on.”

The team also looked at downward mobility, tracking black and white men who started out in high-income families in the top fifth of the income distribution. It found black men show a disturbing pattern of cascading downwards, while white men tend to continue to rise to the top.

“For white Americans, achieving the American Dream is like climbing a ladder,” Chetty said. “You pretty much start off where you left off in the previous generation and go up from there. For black Americans it’s more like being on a treadmill. You rise up in one generation and there are tremendous structural forces that seem to push you back down in the income distribution, only to have to make the climb again.”

From a policy point of view, addressing the challenges in disadvantaged neighbourhoods where a lot of black children grow up is not enough, and it is important to figure out and address this “treadmill phenomenon,” he said.

“This suggests that we need to focus as much on tackling racial disparities in affluent areas, among affluent families, as we do at the lower end of the income distribution.”

Other data Chetty presented showed hyper-local differences in places where children grew up–sometimes even different housing developments on the same street–would lead to large average differences in their incomes as adults.

Childhood environment also played a large role. By looking at children who moved to more upwardly mobile areas, the researchers found the older they were at the time of the move, the less average benefit there was in their adult income.

“It’s really the formative years from birth to something like 23 that seems critical,” Chetty said.

Lastly, places with higher social capital had higher upward mobility. This was measured using Facebook data to construct various measures including the degree of interaction across class lines.

Chetty said the data points to a range of possible solutions to address these problems, some of which require the participation of big organisations like Bank of America by making place-based investments.

Bank of America has since committed to hire 1,000 people from disadvantaged communities who grew up in Charlotte, Chetty said. Bank of America recognised that there was a skill gap, and the reason the bank was not hiring locally was because they could not find people who were qualified for the positions they were advertising.

“So they teamed up with a group called Year Up, which runs sectoral job training programs that basically give people skills to acquire certain jobs at things like financial companies, tech companies and so forth along with mentoring,” Chetty said.

This puts children on a fundamentally different trajectory, Chetty said.

Another potential solution involves reducing segregation. A pilot program in Seattle called Creating Moves to Opportunity involved helping families receiving rent assistance to move to higher opportunity neighbourhoods if they wanted to, by removing some of the frictions such as providing short-term financial assistance to pay an application fee or security deposit. This was a “small tweak to an existing program,” Chetty said

“We estimate that those kids in the treatment group who ended up moving to the high opportunity places are going to go on to earn about $200,000 more over their lifetimes relative to kids in the control group,” Chetty said.

This program is now being replicated in nine other cities with greater funding.

Another area of focus is getting more lower-income children into the country’s best universities, such as Harvard, he said.

Sarah RundellNovember 23, 2022
Home>Events>Sustainability in Practice>Sustainability Harvard - September 2022>The fading American Dream in numbers, and what you can do about it