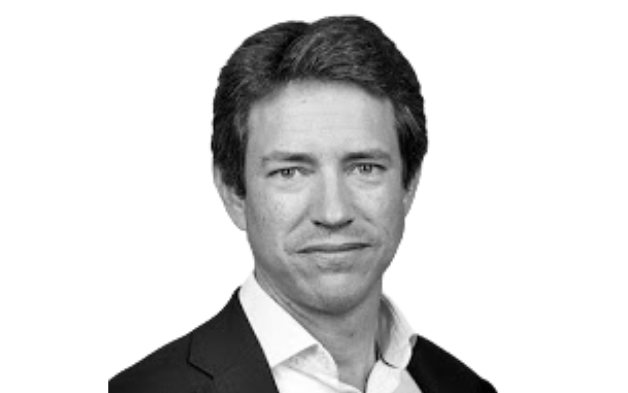 Cripplingly high energy costs in the UK where the average annual household bill is forecast to near £2000 is already compressing discretionary income and leaving one in five UK households in fuel poverty. “The sheer brutality of the rise in bills is different to anything in the past,” said Hulatt. He noted how the rising cost of energy will also impact businesses like supermarkets with high energy usage, low profit margins and little pricing power. “Profits will be under pressure at businesses like this,” he predicted.

Building renewables is the solution, but it comes with complexities, particularly bureaucracy. Red tape stalls quick construction around solar farms and onshore wind, the lowest cost renewable energy that can be built quickly once grid connection and planning are in place. “Governments should shorten this process to build new assets,” he said.

Hulatt outlined the role of western nations in helping developing nations move away from coal and said that political leadership plays a crucial role in delivering the transition. In South Africa, the move away from coal is essential; power stations are old and South Africa can’t grow its economy if it doesn’t have access to electricity.

Most governments now recognise the need for change. When the United Kingdom’s former Prime Minister Theresa May put in place a net zero commitment it was deemed radical in a way that it wouldn’t be today. Reflecting on the importance of the “tone from the top,” Hulatt noted how Australia’s new prime minister Anthony Albanese is already signalling a change in Australia’s approach to renewable energy.

Still, he noticed how war in Ukraine and the ensuing spike in energy costs has paused talk on the transition and net zero. “It feels like the topic is on hold,” he said. He noted that bigger European economies failed to diversify from Russian energy but shifting to other energy suppliers is difficult. For example, Germany’s ports are not equipped to import LNG, posing a logistical challenge with no easy solutions.

European countries are going in different directions around nuclear energy. France has an established nuclear industry; Germany is closing its nuclear plants, but the UK is building more. Panellists heard how nuclear is costly and takes years to build – future nuclear supply will do nothing to reduce bills or wean the UK off Russian energy today.

Olivier Rousseau, executive director, FRR, counselled on the correct policy response to the spiralling cost of living. The wrong policy response in France provoked social unrest. France’s Gilets jaunes (yellow vest) protesters took to the streets following a hike in diesel fuel and petrol taken by a political elite that effected poor people the most. Policy makers have learnt from the protests and are now targeting relief from energy prices to the neediest, he said. “This was a good response after a misunderstanding,” he said.

France developed its nuclear energy industry in response to the oil shock in a rare example of long- term decision making. The massive programme was completed in the 90s and today France derives 85 per cent of its power generation from nuclear and 10 per cent from hydro.

However, Rousseau observed how some sectors of French society have grown sceptical of the nuclear industry. The Fukushima disaster and Germany deciding to shut down its nuclear power have increased resistance to the industry. He said that countries investing in nuclear need to be mindful of the risk posed by huge power plants and associated grids.

Panellists heard how many pension funds are reluctant to invest in nuclear power. Although nuclear has been included in the EU’s new taxonomy of sustainable investment, many pension funds have restrictions on their ability to invest. It means the British government has been unable to tap long term pension fund investment to build Hinkley power station in Somerset. “Traditional providers of long-term capital are unlikely to be big contributors; the government needs to find different types of funding mechanisms,” said Halett.

Rousseau countered that nuclear is a sovereign risk and should be financed by governments. It is too risky for the private sector to finance, and investors would demand too high a premium, he said. In an example of the risk of outside investment,  panellists reflected on how the UK is now trying to roll back on China’s 20 per cent stake in Hinkley.

Rousseau said that FRR’s pioneering decarbonisation strategy involved convincing conservative colleagues but drew impetus from Paris hosting COP 2015. The fund has created indices to support the reduction of its carbon footprint and is also decarbonising its smart beta and factor investing allocations.

Hulatt noted how real assets have become an increasingly compelling investments for pension funds. Real assets also have an inflation linkage and wind energy offers stable long-term growth that is compelling against the backdrop of falls in equity. Investment is also being driven by pension funds own net zero targets.

Pension funds have grown much more comfortable investing in the construction phase of renewables; they understand the risks and fierce competition for operational assets has pushed them into new sectors. Investors could buy operational assets that are bond like and offer 4-5% returns, but more are choosing to build assets from scratch for a bigger return.